German Sterligov: ''It is incomparable how I was rotting in Rublyovka and how I live now''

Interview with the Russian entrepreneur about the film Matilda and scientific progress. Part 1

The Ministry of Culture of the Russian Federation has issued a rental certificate to the long-suffering film directed by Alexey Uchitel Matilda. Since the announcement of the film about this story, about Nicholas II and the role of Matilda in his life, a large number of opinions have been expressed, but the interlocutor of Realnoe Vremya, known Russian businessman German Sterligov, suggested an entirely different interpretation: there were no Romanovs, Nicholas II alive and healthy went to rule in London, and all the hype surrounding the film is a carefully thought out show. In addition to his position on the controversial film, our interviewee told about why we need to discontinue the use of electricity, whether technical progress needs people and whether he misses his ''posh office on Red Square''.

''The electricity on the planet should be shut off''

Mr. Sterligov, do you agree that agriculture in Russia is being in decline and we are unable to develop our vast expanses of land? Why is it so and what are we going to do with this?

When we make the maximum automation of production in all sectors, it means that agriculture requires fewer people. When the need for people becomes less, they go to big cities, but there is also being an automation of all spheres – it is banks, taxi, plants, factories. Consequently, people become superfluous in big cities as well, and so they should be recycled. People are being recycled through drinking, drugs, abortion, pharmaceuticals and food, of course.

Specifically you are being poisoned by food you eat because you are to be recycled as a result of scientific-technical progress. The more automation there is, the less people are required. Your hopes that someone will care about your quality of life, grow products and develop agriculture are absurd because scientific progress is developing. Scientific progress doesn't need people — it needs bots, computers, robots – people's substitutes. That is why you have no place in the future. 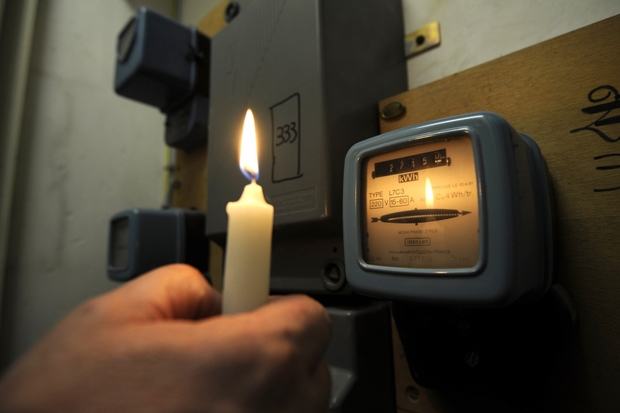 ''From the moment of switching off the electricity on the planet the world government ceases to exist because there is no communication, transport, infrastructure, television, radio. There is nothing, so it is impossible to exercise power on a global scale. All countries become independent.'' Photo: om-saratov.ru

There's only one way to make people become necessary to each other again — to shut off the electricity on the planet. In the same way the question of the sovereignty of Russia and other countries is solved. From the moment of switching off the electricity on the planet the world government ceases to exist because there is no communication, transport, infrastructure, television, radio. There is nothing, so it is impossible to exercise power on a global scale. All countries become independent. And this is the only way to get rid of the authority of f*****s in London, now the Royal family, to whom all countries obey, including Russia. There are two options: either we continue to die with electricity and we continue to be recycled, either we disable the electricity on the planet by the efforts of the intelligence agencies — it is the only way of physical salvation of mankind from death.

Once you yourself were a resident of the metropolis, you were engaged in politics, big business, but suddenly switched to subsistence farming. The reason was the awareness of global problem?

I went bankrupt as a result of attempts to become president of the Russian Federation — it was the elections in 2004. I went bankrupt, I had to go to forest and live there at first in a tent and then to build a house. I am very grateful to the generosity of Vladimir Vladimirovich Putin, who did not take revenge on me for my statements, which were very tough and very negative towards him. Then I appreciated his generosity, and then generally revised my attitude to him, learned much of what I know now, in particular, about London, about the perverts of the world, about the world government and so on. And now I realize that we do not need to show excessive requirements to the president because he's just not able to perform them — his has other duties. We need to change the overall situation and in this sense to help our leadership to emerge from colonial rule, and for this we need to shut off the electricity on the planet.

Over the years, have you ever regretted that your life has changed?

Of course, no. This is the mercy of God. I live in complete prosperity, I roll like cheese in butter. I have natural products, by the grace of God the kids are healthy, my wife has become healthy — she looks like a 25-year old, beautiful. It is incomparable how I was rotting in Rublyovka, on Red Square in a posh office, and how I live now. ''I live in complete prosperity. I have natural products, by the grace of God the kids are healthy, my wife has become healthy — she is looking like a 25-year old, beautiful. It is incomparable.'' Photo: vk.com

Mr. Sterligov, I would like to ask you as the creator of the project Sloboda: how many people are there in Russia who wishes to leave city and go to live in a village?

Now a huge number of people want to leave the city into the wild — almost all citizens. But almost no one has this opportunity because today we have an ''urban serfdom'' from which there is no escape. People are enmeshed in loans, kindergartens, all these nonsense with hospitals and so on. Wives are usually a stone around the neck for a move of a man.

Actually, I don't know anyone who wants to live in an apartment and don't want to live in a beautiful house surrounded by cattle, gardens, fields and orchards. I don't know whether such fools actually exist. But it is hard to escape from there. In the cities it is like in prison.

I can't help but ask you — what do you think about the scandals around the film Matilda?

It will take two hours to answer this question because the story begins with that there were no Romanovs, the family had the surname Kambila – it is Old Prussians. They came to Rus' during the reign of Ivan Kalita to serve the Prince of Moscow and settled there. After 200 years, the first tsar of their dynasty was Mikhail Romanov. Where is this name from? It's simple: the name of his grandfather — Roman Zakharyin-Koshkin. He was called Romanov not to traumatize the local population with the name Kambila. This is a very well-known German aristocratic family. After the dynasty became scanty, after Peter I and Peter II, they peacefully handed over the power to their relatives from Prussia — the Holstein-Gottorps. It was Peter Ulrich III of Oldenburg and Catherine Anhalt-Zerbst – Catherine the Great. They were second cousins. Their name Holstein-Gottorps — they are not Romanovs at all. And Nicholas II all his life was Holstein-Gottorps, not Romanovs. 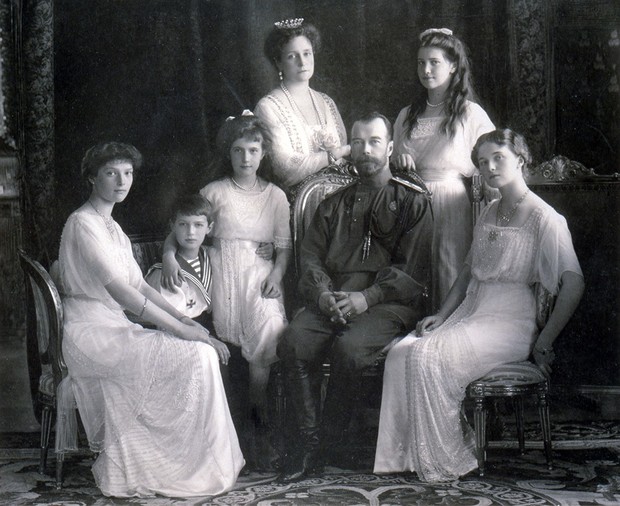 ''At the right moment Nicholas II just moved to London and began to rule there as ''George V'' (the real George V died from injuries after a fall from a horse), and in Russia the Jews began to rule, who were sent by the Rothschilds.'' Photo: nashagazeta.ch

Nicholas II was not overthrown in 1917 (by your chronology) — he handed the power over Russia to the Rothschilds in concession because Russia was a raw part of the world plan for industrialization, which was already being developed in the academies of sciences. Management of the process went from one center, from London. At the right moment Nicholas II just moved to London and began to rule there as ''George V'' (the real George V died from injuries after a fall from a horse), and in Russia the Jews began to rule, who were sent by the Rothschilds. Lenin with a crowd was sent by train through Germany, and the Jewish gang with Trotsky sailed from America on a boat. And here they peacefully took power from the provisional government — it was only needed to transfer the power. Thus the Jews headed by Lenin and Trotsky began to rule here. The Supreme power in the country belonged to the Rothschilds until the second half of Stalin's reign. Then Stalin got out of hand and he was poisoned.

The film Matilda is one of the ways to recall once again that the tsar is a ''martyr'', that is, they say, ''it is a ''blasphemy'' to show such things about a ''martyr''. All these disturbances, demonstrations, poklonskayas with the portrait of the tsar — all this is to remind that the tsar was killed, that he was a ''martyr''. Although the film has no a word about the ''martyrdom'' of the tsar – it is about his debauchery with Matilda. But the main idea of the film is what happens BEFORE the film. This is another putting in the heads of entire population by all the media that the tsar is ''the martyr'', that everything was exactly as has been presented by historians and the media all these decades. And now the truth comes to the surface, people are talking about it, we are talking about it — that he was not killed. There were no corpses; there was nothing. Why they bother, all these ''uchitels'' – it is are people of Rothschilds. They say, ''Guys, you're doing art — come on, work.'' And they make these documentaries, feature films, hold conferences, publish books, because the truth is about to come out, that we have been deceived all these years, that all they presented us as the history – it is all a complete bullshit. ''The film Matilda is one of the ways to recall once again that the tsar is a ''martyr'', that is, they say, ''it is a ''blasphemy'' to show such things about a ''martyr''. All these disturbances, demonstrations, poklonskayas with the portrait of the tsar — all this is to remind that the tsar was killed, that he was a ''martyr''. Photo: rockfilm.ru


They continue to reign. Russia was transferred to concession, Europe was given to Gitler for the sake of aims of industrialization, in America it was Roosevelt who did industrialization. Everywhere the industrialization was carried out simultaneously, and they fooled us sitting under false names in English royal thrones. Everyone must know this because when it becomes known that it is a lie, the world power becomes weaker and we can escape from it.