Moscow to give money for SQR: republic defends the biggest ''road budget''

Russian Prime Minister Dmitry Medvedev approved inter-budget transfers to regions to finance Safe and Quality Roads national project (SQR) in 2019 on 1 March. Tatarstan became an absolute champion in the amount of attracted money among all Russian regions having obtained a budget of 3,84bn rubles. The Tatarstan Ministry of Transport stubbornly doesn't reveal the list of SQR sites in Tatarstan, though it's known that Kazan will become the main ''benefactor'' of the national project with programmes to create a Big Kazan Ring and build a relief road for Gorky Highway at 10bn rubles in total.

The decree No. 193 on Order of Inter-Budget Transfers for Safe and Quality Roads National Project in Regions of the Federation prepared by the Russian Ministry of Transport. Instead of expected 110bn rubles, this year the state will send 96,8bn rubles to finance the SQR national project, of which over 60bn will come directly from the federal road foundation, reads the decree signed by Dmitry Medvedev. The programme includes 82 regions of the Russian Federation. And as it's seen in the list of confirmed inter-budget transfers, Tatarstan is going to spend the biggest amount of money in the country to build and repair roads of regional importance. At least, the republic assumed such obligations. According to the Russian governmental decree's appendix, the lowest budget of roadworks in the SQR in the republic was assessed at 3,8bn rubles. Moreover, the estimated volume of federal support is fixed at 2,112bn rubles. In other words, the ratio of federal and regional money is 60% to 40%, though the federation gives a ruble per every ruble from the region, according to rules. Instead of expected 110bn rubles, this year the state will send 96,8bn rubles to finance the SQR national project, of which over 60bn will come directly from the federal road foundation, reads the decree signed by Dmitry Medvedev. Photo: government.ru

Against the backdrop of the swollen Tatarstan road budget, the other regions look shy: their budgets amount to 1-1,5bn rubles; only Krasnodar Krai and Samara Oblast crossed the bar of 3 billion. However, the biggest central regions aren't in the programme – Moscow, Saint Petersburg, Moscow and Leningrad Oblasts.

Tatarstan hasn't so far signed the agreement to meet the obligations on the SQR, but the Tatarstan Ministry of Transport is convinced the SQR road map won't change.

Early to call it a day

By late 2024, the SQR project is aimed to increase the share of roads of regional importance meeting requirements to 50,9% and the share of the road network of urban agglomerations that are in a due state to 85%, says Medvedev's decree. In the last two years, Tatarstan has managed to spend about 12bn rubles on the SQR programme and repaired 356 km of roads of regional agglomerations – in Kazan and Naberezhnye Chelny. At a recent panel session of the Russian Ministry of Transport, Yevgeny Dietrich didn't hide Tatarstan had a good appetite for road building and called its programme ''unprecedented''. According to him, Moscow has given Kazan almost 4bn rubles and Chelny over 2,2bn rubles for this time. As a result, 81% of Kazan roads and 76% of Chelny roads meet requirements.

It might seem to be the end. Far from it. As the Federal Road Agency said, the SQR programme will cover territories of three urban agglomerations next year – Kazan, Naberezhnye Chelny and for the first time Nizhnekamsk. In total, it's planned to build and repair 108,3 km of regional highways, 47,4 km of streets of Kazan, about 41 km of streets in Chelny and 9 km in Nizhnekamsk. This amounted to over 200 km of roads. Sources in the Ministry of Transport specified that Kazan will get 2bn rubles, Chelny – 1,3bn rubles as fifty-fifty financing, Nizhnekamsk will 480m rubles (90% from the federal budget, 10% from the regional one). 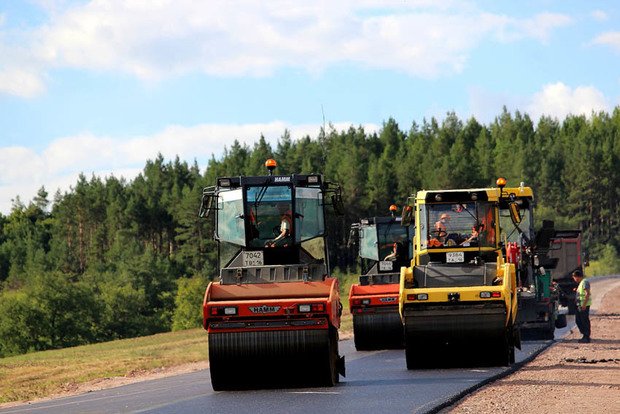 ''The republic already reached the standard state of roads of regional importance, it totalled 53,5%, but the republic keeps investing in roads,'' sources close to the Federal Road Agency noted. Moreover, Moscow gives 500m rubles to build and repair crushed stone roads leading to settlements of the republic. Undoubtedly, Kazan, which announced programmes of the Big Kazan Ring and construction of a relief road of Gorky Highway with a total value of up to 10bn rubles, will become the main benefactor of the SQR. Photo: Maksim Platonov

Moscow to give money for SQR

Undoubtedly, Kazan, which announced programmes of the Big Kazan Ring and construction of a relief road of Gorky Highway with a total value of up to 10bn rubles, will become the main benefactor of the SQR.

The ring is in the first place. As Realnoe Vremya told, this year Kazan will renew the construction of the final section of this grandiose road and transport infrastructure project. Its total value remains uncertain at the moment. Nevertheless, Kazan authorities count on the federal SQR money. This was told backstage at Road 2018 international exhibition, which was in Kazan Expo last October. The route tracing needed to be completed by 1 March, but the main obstacle is that local authorities will have to solve the problem of the buyout of plots to lay the new highway. The construction project of the relief road of Gorky Highway was postponed to 2021 (the SQR programme is designed until 2024). It became clear on 1 March that authorities of Kazan placed an order for its design project – it is to be created until 28 December next year.