To lift the curse of Seefeld: Tatarstan skiers head to Austria for gold

The sports programme of the FIS Nordic World Ski Championships 2019 kicked off yesterday in Austrian Seefeld. The championships are expected with special interest and even tremor – Tatarstan delegated two 2018 PyeongChang Olympians Andrey Larkov and Anna Nechayevskaya to go to the competition. Realnoe Vremya presents a preview of the major ski event of the year.

We turned out not ready for 'skating'

Russian and Soviet history have names of settlements that are painful to remember. For instance, Japanese Tsushima, Chinese Mukden and Port Arthur became synonyms of our shame in military battles during the Russo-Japanese War. Austrian Seefeld is rare shame for Soviet skiing. We miserably failed at the world championships in 1985, which were first for the Austrian city. One gold medal in the women's relay was too little for legendary Soviet skiing. In the rankings, our national team was even behind that moment's outsider Italy. A new style – skating – was the point in skiing then. ''1985 was catastrophic, of course, as a skiing revolution took place,'' remembered a participant of those events, two-time world champion Aleksandr Zaviyalov. ''Apart from the technique itself, equipment also changed: skis became shorter, poles became longer, we didn't manage to get used to it. Only the girls rescued having won the relay. Though the Swedish began to use the skate skiing technique as early as at the 1984 Olympics in Sarajevo. I remember I was skiing in a 50 km race, I was climbing a hill together with Swedish Thomas Wassberg, and he was going so far from me on the flat surface as if I had been staying still. We second in the relay, Nikolay Zimyatov had the same story with Gunde Svan when the latter was leaving him behind.

We were still lucky at that Olympics because there was a heavy snowfall where skate skiing isn't so effective. The organisers even wanted to postpone races but didn't do it. And Zimyatov became a champion in that snowy mess, while I finished second.

In the future, seeing that skate skiing made skiing popular, and more and more countries began to win medals in big competitions, the international federation recognised it. And the next world championships in 1987 in Oberstdorf officially had two techniques: classic and skating. Unfortunately, I didn't manage to see those changes and retired as well as all representatives of my generation – Yury Burlakov, Zimyatov, Aleksandr Batyuk…

The current championships, second for Seefeld, will take place in such an ''awful'' place for Soviet skiing and the generation of our star skiers. Apart from the unpleasant memories, let's note that these competitions will be amid the doping fog above Russian sport that hasn't so far lifted, champions of previous years disappear in it over and over. But the national skiing team of Russia has left pursuers of Russian sport with an egg all over their face twice. The Russian national team won six medals, of which two are gold, at the 2017 World Championships, before which six leading skiers of the country had been suspended, and the second team, in fact, competed. And not the second team but the youth squad went to the Olympics to PyeongChang and won much more awards – eight. And there has been no positive doping sample in two seasons.

It was the latest circumstance that ''made'' officials of the International Ski Federation allow Yevgeny Belov and Maksim Vylegzhanin, who missed the 2017 season, as well as Sergey Ustyugov, who wasn't invited to take part in the Olympic Games, to the current championships.

Closing the topic of ''cursed'' Seefeld. Just one or two years after the failure at that championships, Russian juniors Larisa Ptitsyna from Kondopoga, Anfisa Romanova from Gus-Khrustalny and Yelena Trubitsyna from Magadan won almost all medals at the world championships. Soon, the whole world learnt of the great Russian team that included Larisa Lazutina, Anfisa Reztsova and Yelena Vyalbe with their married last names. Legendary veterans are counting on the latter's wisdom as a coach and hope that now the Seefeld results will be much more optimistic.

Though last year's successes of the youth at the Olympics at PyeongChang caused fears of sports fans that they were achieved by forced preparation of young Russian skiers: Aleksandr Bolshunov, Natalia Nepryayeva, Denis Spitsov. But same Nikolay Zimyatov, four-time Olympic champion, haven't seen the Russian youth to have problems during the current season. 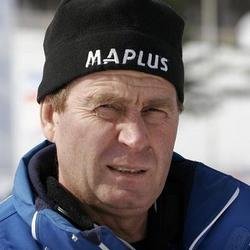 ''I finished my career in Seefeld, while that of the guys is just beginning,'' Zimyatov philosophised. ''But the line-up has old-timer Maksim Vylegzhanin. But if he is in the team, it means the national team's coaches are pinning certain hopes on him. As for Ustyugov, I consider his non-admission to the Olympics an unfair decision, and we rely on him. As for your fears of the forced shape of the guys, it made me uneasy, too, but head coach Yury Borodavko who knows principles of work works with Sasha Bolshunov. There are fears that Bolshunov's peak shape is past history, as he has started very well this year at World Cup stages, while leaders of the strongest national teams from Norway, Finland, Sweden afforded to miss some minor competitions. Generally speaking, I am pinning big hopes because head coach of the national team Yelena Vyalbe created several training groups at once – Borodavko, Markus Kramer, Oleg Perevozchikov, each of which worked according to their own scheme, method and schedule. Consequently, we will certainly have those who can assume the responsibility for the final result. Anyway, we will certainly not have the failure we had in Seefeld in 1985.''

''I think we are going up now,'' Zimyatov's friend Aleksandr Zaviyalov agrees with him. ''The relay has been recently, which not the first but the second national team won. And Artyom Maltsev went ahead of very Sergey Ustyugov at the fourth stage. It's clear that it's hard for Sergey after the season he missed, and it was tough for him psychologically. But he is in shape already. Mrs Vyalbe shared plans for six medals, we will hope she will be right, moreover regarding both the men and women's teams. Vyalbe constantly tested several line-ups of our national team looking for those who will certainly compete at the world championships. As for fears of the forced shape of our youth, I will note that their age is the secret of their successful performances. If they were old, the previous season could influence the physical shape. And our youth are a bit older than 20 years, they recovery very fast, and it's not necessary to lose shape, to take a pause for a season. If everything works, one should grow and develop.''

How are Tatarstan athletes doing?

A big number of national team members who are competing make worry about the place of two Tatarstan athletes in the squad. Especially Anna Nechayevskaya. Last year's Olympic line-up had just five ladies, while Nechayevskaya won a place to be among four athletes in the relay against Alisa Zhambalova from Buryatia first, and her ''bronze'' finish proved the correct choice of the coaching staff.

Experienced Natalya Matveyeva who debuted at the 2006 Turin Olympics is back to the national team. But she's likely to ski in the sprint race. However, there is Maria Istomina who successfully competed at the junior world championships. It's clear the final line-up for the relay will be named in the course of the championships, but now it seems that the national team's leader Yulia Belorukova as well as Natalia Nepryayeva and Anastasia Sedova have the best chances. This troika has repeatedly been among medallists of this year's World Cup stages demonstrating just amazing shape and stability. Larkov is an excellent starter, what he proved at the 2017 World Championships and at the Olympics. Photo: teamrussia.pro

As for Andrey Larkov, he already can be considered the old-timer of the national team competing at his third world championships. Larkov is an excellent starter, what he proved at the 2017 World Championships and at the Olympics. He included the country's national team to the number of leaders both times, which is especially tough at the first stage when there is a risk of failing. At the recent World Cup stage, the national team's coaching staff created the squad of the first team that included Larkov, Bolshunov, Ustyugov, but in the end, he lost to the second line-up (what Zavyalov has already told about). And it's not strange, as the second line-up included world championships medallist Belov and Olympic medallists Spitsov and Aleksandr Bessmertnykh. Vylegzhanin and Chervotkin were also outside those relays. In other words, the Russian national team's coaching staff has such a wide range of choices that almost everyone except Norway can envy them.

At the moment, Larkov hasn't been among World Cup stage medallists this year, but this can be easily explained: there hasn't been a 50-km race in which Larkov brilliantly won an Olympic bronze.