The Russian market has been resistant to the penetration of car-sharing services for a long time, but now it seems that times change. The trend that boomed in Moscow in 2018 can spread to other big cities, especially those with heavy traffic and expensive parking costs.

Almost out of nowhere, car-sharing in Moscow boomed, reports Bloomberg, adding that the Russian capital now has the biggest shared fleet in Europe and the second-largest in the world. Last year, the number of shared vehicles more than tripled when Yandex flooded the city with more than 7,000 cars to rent. In the beginning, the cost totalled 5 rubles ($0,08) per minute including fuel, maintenance and parking. Later, Yandex introduced dynamic pricing, so now rates increase when demand is high and vehicles are in short supply. Nonetheless, the cost is still significantly lower than in the US and Europe thanks to cheaper labour, maintenance and fuel. For comparison, car-sharing service by Daimler AG in New York costs as much as $0,41 a minute.

Yandex.Drive's average price of around 8 rubles a minute for a basic car and 16 rubles for an upscale model is attractive to a growing number of Muscovites. Paid parking in the centre of Moscow costs about $30, which is the largest daily expense for many drivers. At the same time, car-sharing providers can enjoy discounted rates of around $400 a year. The capital is ranked as the world's second-worst city for traffic congestion, so the authorities welcome car-sharing services and encourage them to invest.

At the end of 2018, there were 16,500 car-sharing vehicles in Moscow, and the figure is expected to grow by 5,000 annually in the coming years. The number of rides amounted to 23 million last year. ''Now I'm just paying for using,'' says Yevgeny Barkov, a 31-year-old software salesman who has switched completely to car-sharing services. 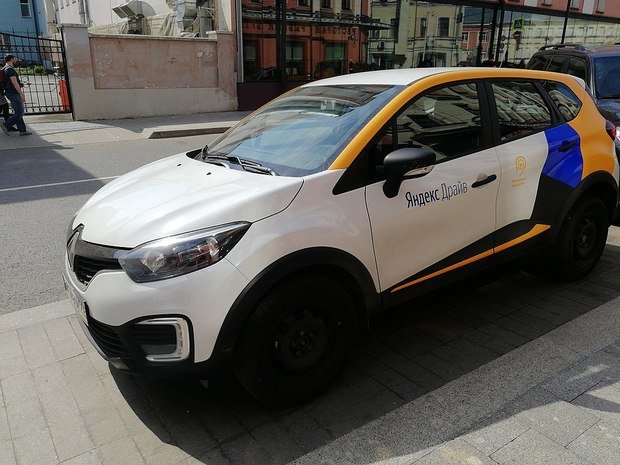 ''We're approaching a point that could flip the entire car market on its head,'' considers Shwetha Surender, an analyst of Frost & Sullivan consultancy in London. She warns that carmakers risk losing direct relations with customers becoming mere suppliers to shared mobility services. Meanwhile, global car producers are also seeking to match the trend. General Motors has invested in Lyft Inc., a ride-sharing service company, while Volkswagen is testing its own car sharing in Hamburg. Daimler and BMW merged their corresponding ventures to gain a greater scale.

However, global players somehow missed the Russian capital with its more than 12 million people. According to Head of Yandex.Drive Anton Ryazanov, Russia started car sharing later than other countries, but it allowed his company to deploy the latest technologies. ''Now the Russian market is taken by local car-sharing firms, and the entrance of large international players is unlikely,'' he believes. In December, the service expanded to St Petersburg.