Bank of Russia keeps key rate unchanged: ''The economy and financial market of Russia are not under the influence of negativity''

The Central Bank of Russia has kept the key rate unchanged at the level of 7,75%, almost none of the analysts expected different scenario

The results of the meeting of the board of directors of the Bank of Russia on 8 February were not a surprise: analysts almost unanimously spoke about the factors that would affect the decision of the Central Bank to leave the key rate at the level of December 2017. However, at the upcoming meeting on March 22, experts expect a decision to reduce the rate.

As follows from the official report of the Central Bank, there were no sufficient grounds for tightening the credit policy: annual inflation in January 2019 corresponded to the lower limit of the Bank's expectations, the contribution of the VAT increase to the annual price growth rate in January was moderate. According to the Central Bank, the full impact of VAT on inflation can be estimated only by April; the same opinion was previously expressed by analysts, trying to predict the actions of the regulator.

Taking into account the decision, the Bank's forecast for annual inflation is in the range of 5%-5,5% by the end of 2019. In the first half of 2020, the regulator expects a return to 4%, when the effect of the recent weakening of the ruble and the increase in VAT will be exhausted. These factors the Central Bank noted as the reasons for the increase in price expectations of enterprises and inflation expectations of the population (in the latter case — slightly). The Central Bank also noted a stabilization of the situation in foreign financial markets, which had a negative impact on the yield of federal loan obligations

Since the previous meeting, monetary conditions have not changed significantly, the report says. The Central Bank also noted a stabilization of the situation in foreign financial markets, which had a negative impact on the yield of federal loan obligations. The rates on the deposit and credit market have increased.

In the future, the Central Bank will make the decision on the key rate taking into account the dynamics of inflation and economy regarding the forecast, external risks and the reaction of financial markets to them. The next meeting of the regulator is scheduled for March 22.

The February meeting of the regulator is not key one, says analyst at Otkritie Broker Timur Nigmatullin: ''It was not planned to hold a conference of the head of the regulator and update macroeconomic forecasts within it. Historically, in the absence of significant external or internal shocks, the Bank of Russia has refrained from making rate decisions in such ordinary meetings, as well as from making rate decisions outside meetings.''

Now the economy and the financial market of Russia are being not under the influence of any acute external or internal negativity, the source continues. Against the background of the lifting of sanctions against Deripaska companies and objectively weak impact of VAT increase on inflation and inflation expectations, excessive cooling of the economy for the sake of intensification of targeting would be counterproductive. 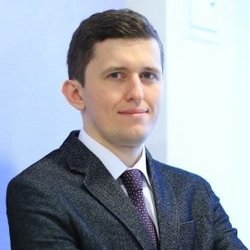 Nigmatullin reminds that the Central Bank predicted the impact of the VAT increase on the annual growth of prices by additional 0,6-1,5 p. p. At the same time, according to the calculations of Rosstat, in January 2019 the inflation amounted to 1%. In January 2018, the inflation was 0,3%, that is, this year the VAT rate, contrary to fears, added to the traditionally low indicator of January only 0,5-0,7 p. p. (adjusted difference between 1% and 0,3%), the interlocutor said.

Such a weak impact of VAT is explained, according to Nigmatullin, by the hesitation of businesses to shift the burden of the tax on the consumer: ''In the conditions of clearly saving consumption of households against the background of a five-year decline in real income by a total of more than 10%, such an attempt is fraught with a rapid loss of market share.''

According to inFOM surveys, in January inflation expectations of the population, in contrast to the inflation itself, caused serious concerns, Nigmatullin continues: expectations for the next 12 months compared to December added 0,2 percentage points — up to 10,4%, which for the first time in three years was higher than the inflation observed by households. However, the majority of respondents pointed to the rise in gasoline prices and the weakening of the ruble, rather than the VAT factor, as the reasons: ''Thus, the observed stabilization of fuel prices and the strengthening of the ruble can cause a sharp decline in expectations during the March or even February measurements,'' the analyst says.

Both macroeconomic events and trends and the situation in the domestic market in Russia influenced the preservation of the rate at the same level, says Olga Khripchenko, partner of the consulting company Rebridge Capital.

Among the main positive factors affecting the key rate, in her opinion, there is the price of oil: ''It shows growth and has already updated its two-month high. This is due to the US sanctions against Venezuela, the decline in shale oil production in the US and the positive course of negotiations to resolve the conflict between the US and China.'' 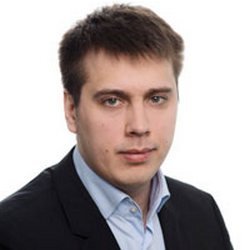 Aleksey Gubin, General Invest's bond portfolio manager, agrees that there were no strong grounds for the Central Bank to raise the rate: ''The effect of the VAT increase has already been partly taken into account in the data for January, the external situation can be assessed as moderately calm.''

The factors such as the strengthening of the national currency since the beginning of the year and a high demand from market participants, including non-residents, for OFZs are also important. If in the future the Central Bank still decides to raise the rate, there will be a negative effect on the local ruble debt market, Gubin says.

Independent banking analyst Alexander Proklov told Realnoe Vremya shortly before the day of the meeting that the rate would remain at the same level at the meeting on February 8 and would gradually increase during the year: ''I would not rule out a quarter percentage point rate increase at the next meeting of the Central Bank.'' At the same time, much will depend on the dynamics of inflation, he added.

Other interlocutors of Realnoe Vremya expect a rate cut in the future. According to Nigmatullin, by the results of the March meeting the rate will remain at 7,75%: ''Then the cycle of decline will begin: in the III quarter — to 7,5% per annum, and by the end of the IV quarter it may decrease to 7,25% per annum.''

The market is now adapting to the new realities, getting used to the new VAT and increased interest rates on loans, so Olga Khripchenko sees no serious factors that can push the Central Bank to change monetary policy in the near future: ''We will probably see a rate cut already at the next meetings of the Bank of Russia, but it is unlikely to happen in the near future.''