Sergey Shoigu in Kazan: ''The first aircraft with no equivalent in the world is to begin service in 2021''

Tu-160’s upgrade keeps to the schedule, the operability issue of military aircraft has been discussed behind closed doors

Defence Minister Sergey Shoigu arrived in Kazan on 30 January. Here he visited the Kazan Aviation Factory. Tu-160's upgrade is the key topic. The plane is to become the fastest strategic launch vehicle and bomber in the world and the main strike force of Russia's strategic aviation. Shoigu said the work on revival of the White Swan was keeping to the schedule. Realnoe Vremya's experts know there are difficulties though – many technologies in the factory were lost. The operability of military aircraft was the topic of the behind-closed-doors part. The series of crashes probably became a reason.

The Kazan Aviation Factory was the main facility of Shoigu's visit to Kazan, which has a programme on revival of production of Tu-160 strategic bombers.

''The significantly upgraded Tu-160M plane will be equipped with the latest onboard defence system, up-to-date reliable communication system, higher protection, unique weapons, which will significantly expand military possibilities of using ordinary and nuclear means of destruction. The NK-32 second-generation engines will increase the flight range. The works are keeping to the schedule, and the first aircraft with no equivalent in the world, is to begin service in 2021,'' Shoigu said.

The contract with the KAF to manufacture ten Tu-160M planes was signed on 25 January last year when Shoigu and Putin paid a visit to the factory.

Sergey Shoigu noted that apart from the upgraded aircraft, Tatarstan has tens of other big state contracts.

''Investing in the region's economy, the Ministry of Defence helps it develop by increasing job opportunities, improving the population's quality of life. Officials of the republic, in turn, are careful when solving social problems of militaries and their family members. I hope this will go on,'' Shoigu said. The contract with the KAF to manufacture ten Tu-160M planes was signed on 25 January last year. Photo: Maksim Platonov

Rustam Minnikhanov thanked the defence minister for the big defence order and the trust, which was shown this way.

''Thanks to the support of the Ministry of Defence and the Ministry of Industry within the federal target programme in the Kazan Aviation Factory, there was large-scale reconstruction and technical rearmament, which are designed to perform tasks by the country's officials on upgrading strategic aviation,'' Minnikhanov said and noted that over 33,5bn rubles were allocated to the enterprise for these purposes.

Minnikhanov told Tu-160M was given to the flight test station in November 2018, and another upgraded bomber, Тu-22М3М, operated its first flight last December.

The Tatarstan president mentioned Kazan Helicopters that had a significant upgrade within the federal target programme.

''A higher quality of products is the result of the works. It's been 130 helicopters since 2013, this year we plan to carry out this defence order. I claim once again that all the issues linked with the defence order will be taken under control and resolved. I want to thank once again for the support our republic receives,'' Minnikhanov said. Minnikhanov told Tu-160M was given to the flight test station in November 2018, and another upgraded bomber, Тu-22М3М, operated its first flight last December. Photo: tatarstan.ru

However, there were negative moments too. Saying that improvement of Military Space Forces is one of the priority tasks of the Ministry of Defence, Shoigu noted that enterprises of the Military and Industrial Complex carry out state contracts on repair and service, ''as a result, the operability of military aircraft in Air Defence Forces and MSF reached standard requirements.''

''Moreover, there is a series of unsolved problems in military and transport, long-range, special and training aviation. We need measures that will allow to maintain the operability at a necessary level,'' told Shoigu.

The meeting's closed part was dedicated to military machinery's operability. The crashes of Su-34 in the Far East on 19 January and Tu-22M in Murmansk Oblast on 22 January when landing probably became a reason. Experts haven't so far reported on causes of the latest air catastrophe, but the version of technical failure isn't excluded. The plane was built in Kazan in 1986, but its last repair was in an aircraft factory in Kaliningrad in 2012.

The Тu-160М2, which is built in the KAF, is one of the priorities of the Ministry of Defence in 2019. Shoigu told about it a recent staff meeting with generals. Long-Range Aviation Commander Sergey Kobylash reported that the strategic launch vehicle, which was significantly upgraded, was designed to serve for 45-50 years. The defence ministry also counts on turboprop Tu-95MS launch vehicles and Tu-22M3 long-range bombers upgraded in Kazan that will remain in service until 2040 thanks to the upgrade. Tu-22M3 long-range bombers that will remain in service until 2040 thanks to the upgrade. Photo: Maksim Platonov

''Unfortunately, both the Tupolev Design Bureau and the factory in Kazan suffered a lot in the hard 90s and early 2000s. Some production technologies linked with titanium processing were lost. The restoration is facing big difficulties now. And a new-generation on-board radar, which will need to be created, and upgraded NK-32 engines, which will expand the flight range, are the most important moments in the Tu-160's upgrade. As for the body, wings, the documentation has survived, it just needs to be digitalised. Again, as I said, there are difficulties with processing large titanium details,'' told Viktor Murakhovsky, a military expert, editor-in-chief of Homeland's Arsenal magazine.

PAK DA in draft form yet

PAK DA – standing for 'promising long-range future aviation complex' – is another grandiose project of Russian defence implemented in Kazan. It was approved in 2013, while the first tests were to be in 2019… The deadline was postponed to the 2025-2030s. 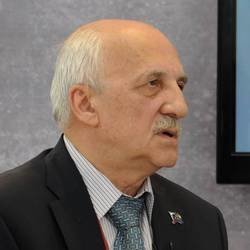 ''PAK DA is a distant future. It's existing on paper at the moment, nothing has been even calculated,'' Murakhovsky shared.

PAK DA was supposed to substitute Tu-22M3, Tu-95MS and later Tu-160. It seems that at the moment the upgraded Tu-160 is the best hope of the Ministry of Defence.

The talent foundry of the aviation industry, Kazan Aviation Institute, is more optimistic. If the deadlines aren't met because of the shortage of qualified designers, the gap linked with a deficit of staff is considered to be filled in the next years. According to Director of the Institute of Aviation, Land Transport and Power Engineering of Kazan National Research Technical University-Kazan Aviation Institute Aleksey Lopatin, they get graduates with high state exam results on a contract basis from the factory who are able to raise the enterprise to the height it was at.

''It's clear that mediocre students can't become aircraft engineers. And last year, we had one of the best state exam results in aircraft engineering. The guys will enter the real sector of the economy almost in a year and become wonderful specialists,'' thinks Aleksey Lopatin.

Sergey Shoigu had just recently been in Kazan – he opened the ice palace in the Kazan Suvorov Military College on 15 December. At the same time, three indoor ice rinks opened on this day – apart from the Suvorov ice rink, in the Petrozavodsk Presidential Cadet Corps and the Nakhimov College in Murmansk. But the minister of defence decided to personally go to Kazan.

Previously, Shoigu was in Kazan on 25 January 2018. Together with Vladimir Putin, he visited the Kazan Aviation Factory where they were demonstrated a test flight of Tu-160M supersonic strategic launch vehicle. On 25 January 2018, together with Vladimir Putin, he visited the Kazan Aviation Factory where they were demonstrated a test flight of Tu-160M supersonic strategic launch vehicle. Photo: kremlin.ru

In 2017, Sergey Shoigu was in Kazan also in January and visited the KAF's production shop where he was reported on the readiness for serial production of upgraded Tu-160s. At a working meeting, the topic of construction of different modifications of Tu-214 planes and Tu-22M3 long-range bombers for needs of the Ministry of Defence was raised.

In 2015, Shoigu also was in the KAF. During this trip, he gave a task to renew the production of Tu-160 supersonic strategic bombers.

During the visit in 2014, Shoigu was shown a repaired Tu-22M3, reported on the readiness to commission the upgraded Tu-214 for the Ministry of Defence. During a working meeting, the creation of the promising long-range aviation complex (PAK DA) was discussed among new projects in Kazan.