''There is no clear understanding how to teach'': what awaits the Tatar language?

The responsibility for teaching the Tatar language should be assigned to the Academy of Sciences of Tatarstan. This conclusion was reached at the end of a two-hour visiting session of the Committee of the State Council of the Republic of Tatarstan on Education, Culture, Science and Ethnic Issues. The questions on the development of Humanities of the Republic of Tatarstan and the year of Leo Tolstoy were reduced to a discussion of how to learn the language of Tuqay. But there is no clear vision of solving the problem among the participants of the meeting. Read the details in the material of Realnoe Vremya.

Nothing about teaching methodology

The meeting of the State Council Committee on Education, Culture, Science and Ethnic Issues was decided to hold at the Academy of Sciences of the Republic of Tatarstan. Before the beginning, the participants were demonstrated all the achievements of its units in the field of Humanities — numerous dictionaries, encyclopedias, and other scientific works. They spoke about advances in the field of machine, neural translators, but for better work our scientists do not have enough powerful servers. Advances in science and technology have impressed not everyone.

''They demonstrated, told much about what dictionaries are published, what literature was written. But there was nothing about the method of teaching the Tatar language. Was there an analysis of what happened before? The Tatar language textbooks existed in Soviet times, as well as today — what did not they satisfy us, what we want to get in the end? How to achieve the targets? Or we will again publish textbooks, and then tell that the methodology is not right,'' rector of KFU Ilshat Gafurov puzzled the audience.

It would be great to understand whether other disciplines will be taught in the Tatar language, in which classes they will teach Tatar. It is necessary to take into account the fact that the training of teachers requires 4-5 years. ''They told much about what dictionaries are published, what literature was written. But there was nothing about the method of teaching the Tatar language. Or we will again publish textbooks, and then tell that the methodology is not right,'' rector of KFU Ilshat Gafurov puzzled the audience. Photo: gossov.tatarstan.ru

''There is no answer to all these questions. They are discussed mainly by the public and it brings them to this state of psychosis. There is no research on these issues, at least, I don't have them,'' Gafurov continued the speech.

President of the Academy of Sciences Myakzyum Salakhov noted that the questions are, of course, fair and correct, but they have arisen only recently.

''I think there questions should be addressed to the ministry. Much has been done to implement various programmes, certifications in Moscow,'' Salakhov added.

The meeting of the committee smoothly continued in Tatar, many appealed to the ministry of education and science of the Republic of Tatarstan several times. First Deputy Minister Ilsur Khadiullin could answer all questions only during his report on the results of the Year of Leo Tolstoy in the republic and the celebration of the 200th anniversary of the birth of Shigabutdin Marjani.

''The problem is very big. The ministry is doing a lot of work together with KFU, Tatarstan Academy of Sciences, and other scientific institutions, which are engaged in the development, technology of teaching the Tatar language, teaching the Tatar language as a native language. We are working with the fund of support of ethnic languages, we do not see main areas yet, unfortunately, we should participate, to get a certain subvention to support native ethnic languages. In the question of publishing textbooks, I believe that we should not rely only on the fund, although we hope for some assistance,'' Khadiullin told the latest news. 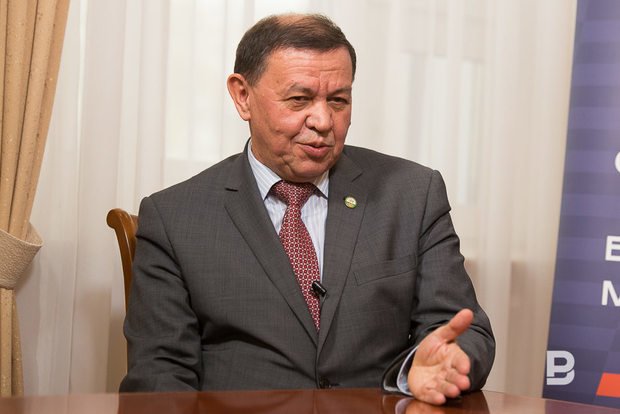 ''I think the questions should be addressed to the ministry. We have done a lot to implement various programmes and certifications in Moscow,'' said Myakzyum Salakhov. Photo: Maksim Platonov

Moscow takes most of the questions on the study of ethnic languages upon itself. From 1 January 2019, the Institute for the preservation and development of ethnic languages begisn its work, which will be created on the basis of the former Academy of advanced training and retraining of education workers.

''We don't know the structure yet. The concept of teaching ethnic languages is being discussed, the project has not yet been received. Last week we visited St. Petersburg, our wishes were conveyed. The main thing is that there is no clear understanding of language teaching and learning. If now miss the teaching of Tatar literature, we miss everything. As soon as we officially receive a draft concept of teaching ethnic languages, then together with KFU, with the Academy of Science of Tatarstan we will hold an urgent meeting, conduct purposeful work in this direction,'' Ilsur Khadiullin said.

According to him, the educational programme on the Tatar language as a state language has already been approved, it remains to wait until it is included in the federal register. The Tatar language programme as a native language is also developed, one examination has been carried out, they are waiting for the next meeting in Moscow. 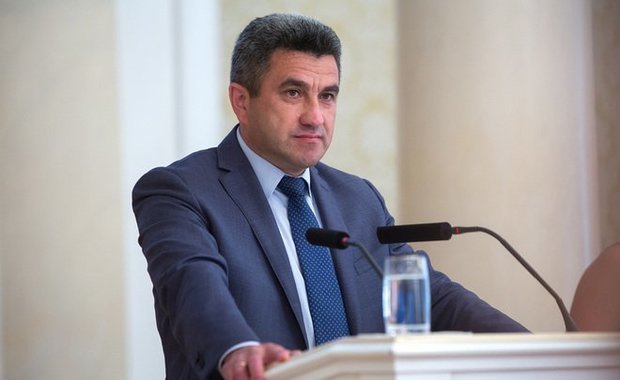 According to Khadiullin, the educational programme on the Tatar language as a state language has already been approved, it remains to wait until it is included in the federal register. Photo: Roman Khasaev

Gafurov proposed mandatory testing of developments in the Tatar language in schools. He also suggested the idea to develop a road map with the terms of preparation of materials for teaching the Tatar language. He suggested that the federal budget would not directly support ethnic languages, but perhaps some support could be obtained through the established fund. No one could answer the question of financing.

The head of the expert council of the Committee of the State Council of the Republic of Tatarstan, Indus Tagirov, confirmed that now there is not enough work with children, especially with students, although it would be possible to talk, tell about the study of the Tatar language, starting with an accessible presentation of the works of Gabdulla Tuqay.

The meeting raised not only the issues of studying the Tatar language, to which few people had answers. President of the Academy of Sciences Myakzyum Salakhov complained that there are not enough doctors of sciences, mainly knowing the history of the middle ages, associated with the Turkic peoples. He also made an interesting statement about the development of historical science in Bashkortostan, for some reason adding something in the spirit that it is not said in the media, although the meeting was open and the press was present there.

''We have a lot of research works, but mostly implemented on the basis of personal initiative, or sometimes we get some rare federal grants in contrast to Bashkortostan. Some studies are financed through state programmes, but only unilaterally. One of the main problems is personnel, few doctors of science, and this is very important. Bashkortostan, we can say, is engaged in the process of mythologization of history, and as a result — the redistribution of cultural heritage. The region allocates the money and gets grants unlike the rest of us. In the end, every scientist is turned into a Bashkir,'' Salakhov complained, for some reason hoping that the words were spoken not in the presence of media. The meeting raised not only the issues of studying the Tatar language. Myakzyum Salakhov complained that there are not enough doctors of sciences, mostly knowing the history of the middle ages, associated with the Turkic peoples. Photo: gossov.tatarstan.ru

The rector of the Kazan Federal University found how to criticize the statement that we have not enough doctors of sciences, ''Write that doctors of science with knowledge of language are required. Well, let's write with the knowledge of vocabulary. If he is a doctor of science, he must know at least one foreign language, without this he cannot be a doctor, these are obvious minimum requirements,'' Gafurov corrected.