The International Maritime Organization (IMO) is preparing major changes in requirements for marine fuels, which can significantly decrease the revenues of Russian oil sector. At the moment, the country is not producing any fuel oil that is compatible with the new regulations.

Russia is set to suffer the biggest revenue losses from rules mandating cleaner marine fuels from 2020 because it doesn't look prepared for the change, claims Bloomberg. The country is the world's top exporter of the sulphurous residual oil that powers ships, but Russian refineries have done little to prepare, according to industry sources. There's ''no chance for them to be 100% prepared'' when the new rules kick in, says Aleksandr Scherbakov, senior research analyst at IHS Markit Ltd. Thus, Russia will have to sell sulphur-rich fuel oil at a widening discount. ''Russia's oil segment appears to end up among the biggest losers financially,'' considers the analyst.

When the IMO new regulations are adopted in 2020, the lost revenue is expected to amount to $3,5 billion dollars, forecasts Wood & Co. Financial Services AS. For comparison, Russian suppliers received about $9 billion from fuel oil exports last year, according to Bloomberg calculations based on Russian customs data.

The regulations commonly known as IMO 2020 will cap sulphur content in the ship fuel at 0,5%, which is seven times lower than the current allowance in most regions of the world. Otherwise, ships will have to install scrubbers to remove the pollutant from their exhaust gases. At the end of September, Russia was not producing any IMO 2020-compliant fuel oil, according to data from the country's Ministry of Energy, while more than two-thirds of Russia's output had 2,5% or more of sulphur content. 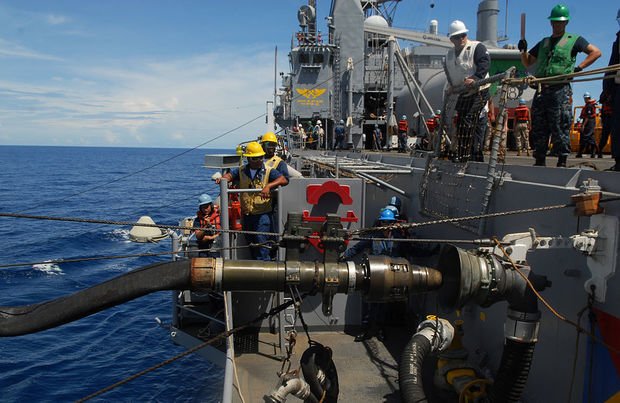 The regulations commonly known as IMO 2020 will cap sulphur content in the ship fuel at 0,5%. Photo: US Navy

Although many local refineries are now undergoing upgrades, the works are mainly focused on raising the production and quality of gasoline and diesel. IMO-focused upgrades at facilities that belong to Rosneft PJSC and Surgutneftegas PJSC are unlikely to be complete before 2020, Scherbakov said.

Russian refiners have some options for selling their high-sulphur fuel oil, but according to Ramin Lakani, an analyst at Muse, Stancil & Co consultancy, ''there is going to be a big commercial pressure on Russian refineries''. If the country chooses to export high-sulphur oil to facilities in other countries that are capable of converting it into marketable fuels, sellers have to provide a large discount. Other options include blending high-sulphur oil with diesel or using it for electricity generation or road construction, but none of these scenarios can fully offset missing revenues, consider the experts.