The company itself has doubled in price in a year

Expensive oil and the weak ruble helped Tatneft make a bigger profit in 9 months: it's grown 1,9 times, but the chances for comparable growth in the future aren't big. The company itself has doubled in price amid the oil rally – more than other enterprises of this sector. Tatneft hopes to cost $36bn by 2030. However, experts suggest it's not such an ambitious goal. Realnoe Vremya tells the details.

Tatneft reported on financial results for this year's 9 months on 30 October. Its RAS revenue has increased by 140,5% and totalled 586,6bn rubles. Gross profit has increased by 61,9% during the year – to 242,8bn. Net profit has reached 162,9bn rubles increasing the last period's indicator by more than 89%.

Favourable conditions played into the company's hand: according to the Finance Ministry, oil prices in January-September were almost 40% higher than one year ago (a barrel of Urals cost $70,6 on average); prices for oil products have grown almost by a quarter. 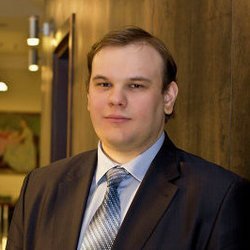 ''Indicators have grown exceptionally thanks to oil price in combination with the falling ruble. These factors are added up, and there is such a result. Other reasons are insignificant,'' Deputy Director of ACRA Vasily Tanurkov says.

Leading analyst of Otkritie Broker Andrey Kochetkov agrees with him: ''Russian oil companies have been demonstrating a significant improvement in financial results in the last quarters. It's linked with both growth in oil price in dollars and greater growth in the ruble's price. If in 2017 a barrel of Brent cost 3-3,000 rubles, this year its price has reached 5,900. Meanwhile, Russian companies mainly spend rubles, and these sums haven't increased significantly.''

However, in Kochetkov's opinion, Tatneft doesn't have big chances to achieve comparable financial results in 2019: ''If only the ruble goes on weakening and oil price grows at the same time. In general, we expect relative price stability for both a barrel and the Russian currency. We allow the ruble can strengthen and black gold's rate can slightly reduce.''

The company has earned the biggest part of the money by selling crude oil – its share in the revenue reached 53% in the 2 nd quarter, while the sale of oil products provided 42% of revenue. Tatneft supplied more than a half of crude oil and almost half of oil products to far abroad countries, 42% of oil and 44% of oil products were sold in the domestic market. 44% of oil and 44% of oil products were sold in the domestic market. Photo: Maksim Platonov

In late September, Tatneft approved its development strategy till 2030, which had room for capitalisation growth plans. In the basic scenario, the company's value is to reach $36bn in the next 12 years, that's to say, about 1,5 times.

This year, Tatneft's shares have shown significant growth. However, we can't say it was an exceptional situation. Expensive oil and the weak ruble brought to a rally: almost all oil and gas shares have grown, notes Vasily Tanurkov.

Nevertheless, Tatneft has grown faster than other companies in its sector. Its capitalisation has increased more time twice during the year (in common stocks; the end of the 3 rd quarter of 2018 compared to last year's analogous date). To compare, the capitalisation of Lukoil and Gazprom Neft has augmented by 62-63%, Rosneft – by 52%, Novatek – 75%; Bashneft and Surgutneftegas have lost 5-6% of their value. In Kochetkov's opinion, the goal of becoming 1,5 times expensive is achievable for Tatneft. This can be achieved by increasing both organic production (''which, of course, is far from being a simple task'') and returning financial flows and raising dividends. ''However, this way can't guarantee growth in capitalisation. The company will anyway need to increase the effectiveness of processes and expand the geography of production projects. In other words, it's the steps awaited from companies with high financial effectiveness,'' he adds. ''Tatneft could cooperate with other medium-sized companies for more effective exploration of new fields,'' Kochetkov says. ''In general, its shares are already on the list of desired dividends, which can be considered as a success of the management providing relative stability of financial indicators and a high rate of return on investments.''

''50% growth in 12 years is about 4% a year, which is even a modest bar compared to the historical profitability of Tatneft shares. In fact, it can be called the previous growth's extrapolation,'' says Director of the analytic service of Dokhod MC Vladimir Kiselyov.

Now Tatneft allocates about 80% of free money flow on dividends. This is why there won't be such growth in dividends as in the last two years. But if the company conserves the current production dynamics and marginality, the goal of increasing capitalisation can be considered quite real.