This month, Russia, Iran, Turkmenistan, Kazakhstan and Azerbaijan have finally agreed on the statute of the Caspian Sea, which has been uncertain since the collapse of the Soviet Union. For Russia, it means that its energy companies can explore vast oil and natural gas reserves. Besides, the country has guaranteed a military presence in the entire basin.

The two-decade-long dispute on the statute of the Caspian Sea has come to an end on 12 August, reports Oilprice.com. The basin's littoral states (Russia, Iran, Turkmenistan, Kazakhstan and Azerbaijan) agreed to give it a special legal status — neither a sea nor a lake. The final details are yet to be announced, but according to BBC, all littoral countries will have the freedom of access beyond their territorial waters, but natural resources will be divided up.

In 1970-1991, the Caspian was divided into subsectors for Azerbaijan, Russia, Kazakhstan and Turkmenistan on the basis of the internationally accepted median line, but after the collapse of the Soviet Union, the division became invalid. The littoral countries have spent over two decades negotiating on the key question: whether the Caspian was a sea or a lake. If it was treated as a sea, then it would have to be covered by international maritime law. Otherwise, it could be divided equally among all five countries. The dispute touched on global issues like exploiting oil and gas reserves in the Caspian Basin, freedom of access, the right to build beyond territorial waters, access to fishing and managing maritime pollution. 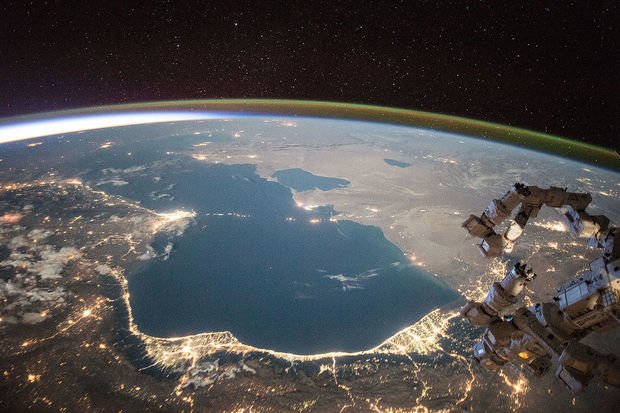 Now, if the surface water of the Caspian turns to be in common usage, all littoral states get access beyond their territorial waters. Russia, which has already used its warships in the Caspian to launch missile attacks on targets within Syria, is likely to increase its presence in the Basin. At the same time, the decision reduces any room for the NATO presence in the basin, as only littoral states are meant to have the right to military presence.

The Caspian is not only the world's largest water reserve but also a significant oil and gas resource. Its offshore hydrocarbon reserves are estimated at 50 billion barrels of oil equivalent, which amounts to one-third of Iraq's total oil reserves. In addition, the basin is supposed to contain about 8,4 trillion cubic metres of natural gas, the amount that is almost equivalent to the United States' entire proven gas reserves. The deposits are likely to rebalance Eurasian energy demand equations. Besides, the agreement will allow Turkmenistan to build a trans-Caspian pipeline to supply natural gas to Europe via Azeri-Turkish TANAP pipeline. The new route could easily become a counter-balance factor to the growing LNG business in Europe, assumes Oilprice.com. Anyway, the division of the seabed means more wealth and energy for the region.