Kazan can be a platform to serve as a stimulus to open new flights and develop air travel across Russia. NETWORK Eurasian Route Development Forum, which is taking place in the capital of the Republic of Tatarstan from 29 July to 1 August, was the reason for it. Realnoe Vremya tells about what's going on in civil aviation now, when other low-cost airlines will appear in the country and how the rise in VAT can be echoed for ordinary passengers.

Russians are invited to Africa

The forum kicked off on 29 July, the opening and the plenary session took place on 30 July. On the first day, the event's participants were taken to show local sightseeing points and proved with their own example the republic was quite hospitable for its guests. The business part officially began on the second day. It's supposed companies and airports will be able to discuss further cooperation there. As Director General of the Centre for Strategic Developments in Civil Aviation (SCD CA) Anton Koren told, some of the delegates had over 50 planned meetings, after which new flights could appear.

The burden of organisational issues fell on the SCD CA, Kazan International Airport was the host. It's was meant that guests from European, Asian, African, Near Eastern, CIS and EAEU countries would come to Kazan. Ambassador of the Gambia to Russia Jainaba Bah (on poster) announced the Russians were expected on the continent. Having congratulated on the successful end of the WC, the invited guest noticed she would like to see more people from her continent at the forum. In her speech, Jainaba Bah was brief, frank and laconic. She reminded the people present people learnt how to fly to space, landed on the Moon but have no hurry to lay a road in the sky to Africa.

The ambassador of the Gambia wanted to ask to open new routes to Africa, the Gambia. She says it's a small country, very peaceful, about 2 million people live there. Tourism prospers there, but tourists come mainly from England, Scandinavia, Sweden, Europe. Jainaba Bah says she would like to see and discuss it with us. It's was meant that guests from European, Asian, African, Near Eastern, CIS and EAEU countries would come to Kazan. But only Africa took the floor from the stage

Without hiding most of the population of the continent was poor, Jainaba Bah directly asked for help.

''I ask to invest in us so that we could also get rid of poverty, so that our people could visit your country, enjoy your history, architecture. Many thanks for giving a chance to give a speech in front of such a big audience,'' the speaker ended her speech modestly.

After this, the forum's opening smoothly turned into a plenary session where representative of Munich airport Ulrich Theirs told about the accomplishments of the second-biggest German hub in detail. It turned out by far more Russian tourists were expected there. The speaker called Kazan, Novosibirsk, Yekaterinburg and Sochi among interesting cities for cooperation.

Markets grows together with low-cost airlines

Deputy Director of the Administration of State Tourism Projects and Tourism Safety Natalia Belenko was sent to the forum to welcome on behalf of the Russian Agency for Tourism. She told there was set a record in number of passengers in 2017: Russian airlines serviced more than 105 million people, it's 18% more than in 2016.

''The positive trend continues this year too. The total volume of sale of flight tickets for June-August has risen by 9% compared to the same period last year, the growth is 18% for domestic destinations,'' Belenko noted.

''We know Pobeda will double its fleet this year and almost triple in 2019. Our centre personally worked on the development strategy for low-cost airlines in the Russia Federation. We did a forecast in this strategy: the number of low-cost airlines is to exceed 56 million passengers only for domestic destinations by 2035,'' says the newspaper's interlocutor. The total volume of sale of flight tickets for June-August has risen by 9% compared to the same period last year, the growth is 18% for domestic destinations,'' Belenko noted

Now, in the expert's opinion, a hybrid model is applied in Russia. According to it, several traditional Russian airlines had to reconsider their business models under pressure of tariffs and began to offer low-cost services, for instance, same Utair.

No rise in VAT, but it's possible to chip in for aerodromes

Anton Koren separately focused on the issue of VAT in the flight market. The case is that the Russian Association of Air Transport Users has just claimed they are afraid of the measure offered by power – to zero the tax on regional flights, which can compensate by cancelling tax benefit for flights via Moscow. At this moment, flights in Russia have a privileged VAT rate at 10%. If the flights via Moscow are divested of the benefits, it will rise to 20%, which, in the market players' opinion, will raise prices for all destinations by 8-10%. The director general of SCD CA also has the same point of view alluding to an expert.

''Most aviation experts boil down to that it's not feasible to raise VAT higher than the existing level, from a perspective of its influence on the country's economy. One working place in aviation provides 12 working places in related sectors, it's aviation engineering and, first of all, hi-tech sectors, tourism. Consequently, raising VAT for domestic flights, even linked with Moscow, we can get reduced development paces of the economy,'' says Anton Koren.

And if he doesn't support the rise in burden for carriers by increasing VAT, the costs to update aerodromes are a problem that's solved in Russia with great difficulty, he offers to transfer it to airlines. The scheme he announced means that freight companies whose turnover is bigger than an airport's turnover will pay interest to a certain fund, from where this money will be invested to develop regional airports.

''It can give a very powerful impetus to directly develop the network of aerodromes in our country,'' Koren thinks. However, the issue has been discussed for many years, but there hasn't been made any decision on it. The Centre for Strategic Developments in Civil Aviation take part when creating the route development strategy at Kazan airport and came to a conclusion the Tatarstan hub could do more.

''We see over 50 new routes. It's not just routes that need to be developed from a perspective of tourism, that's to say, open like new markets. It's the routes that already have unmet demand. So the airport of Kazan is very promising. The same indicator of aviation mobility, which we talked about at the forum, shows the Volga Federal District and the Republic of Tatarstan have huge potential for growth in comparison with other regions of our country,'' Koren notes.

China is still one of the most promising destinations where planes still don't fly to. In the expert's opinion, the Celestial Kingdom as a destination will be developing in all big cities of Russia in the next 10 years, moreover, not only from a perspective of tourism but also the establishment of business links, expansion of the special delivery market. The republic's capital can occupy its niche here thanks to the created infrastructure.

''The Republic of Tatarstan can become one of the points of attraction of a lot of special delivery, which will be distributed across the country,'' said the speaker. 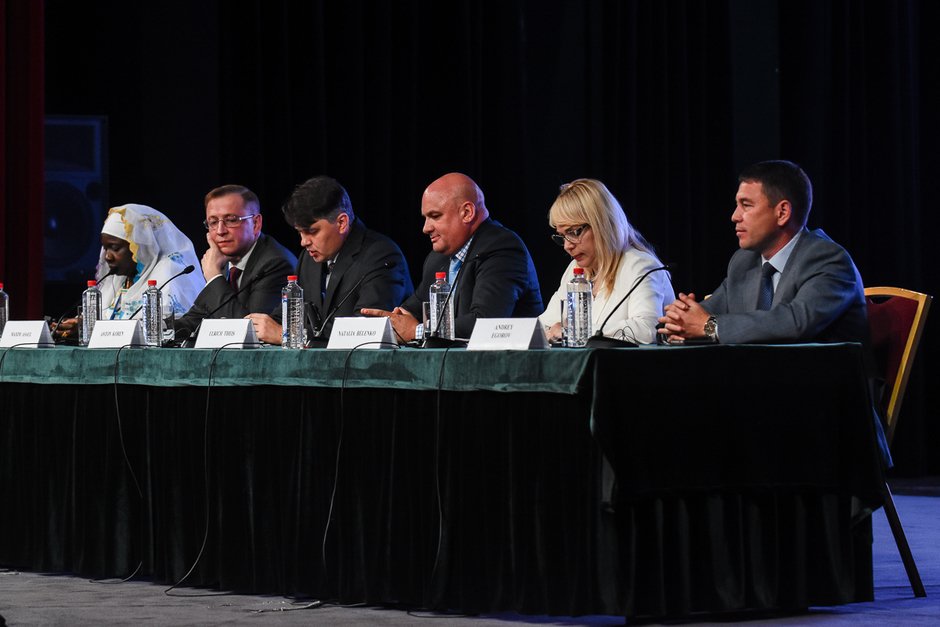 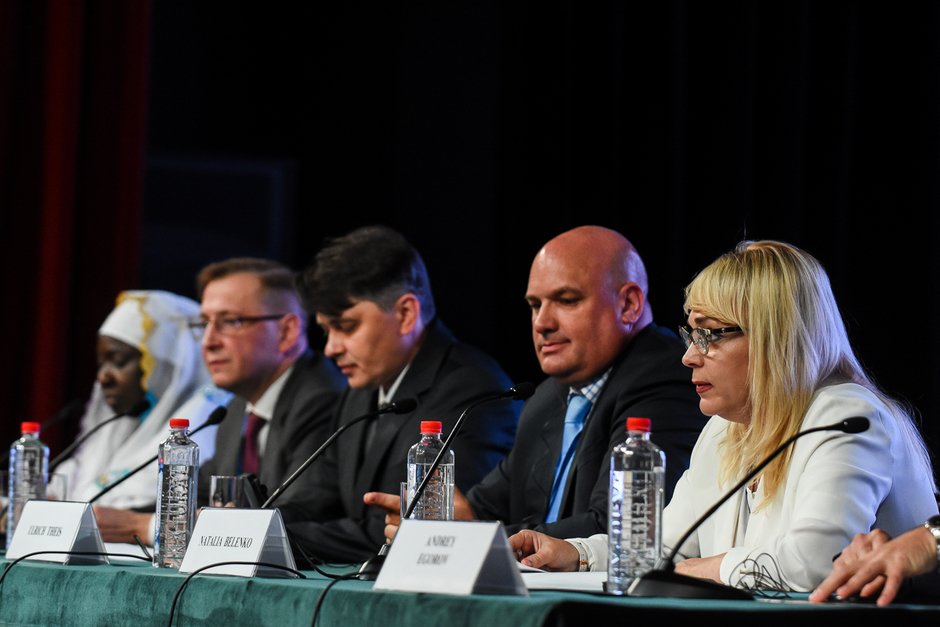 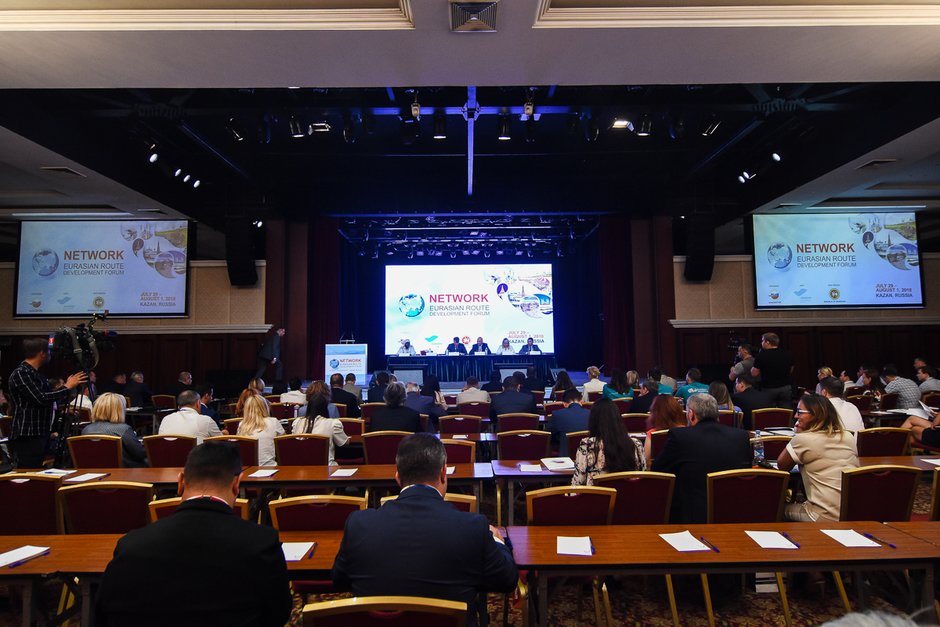 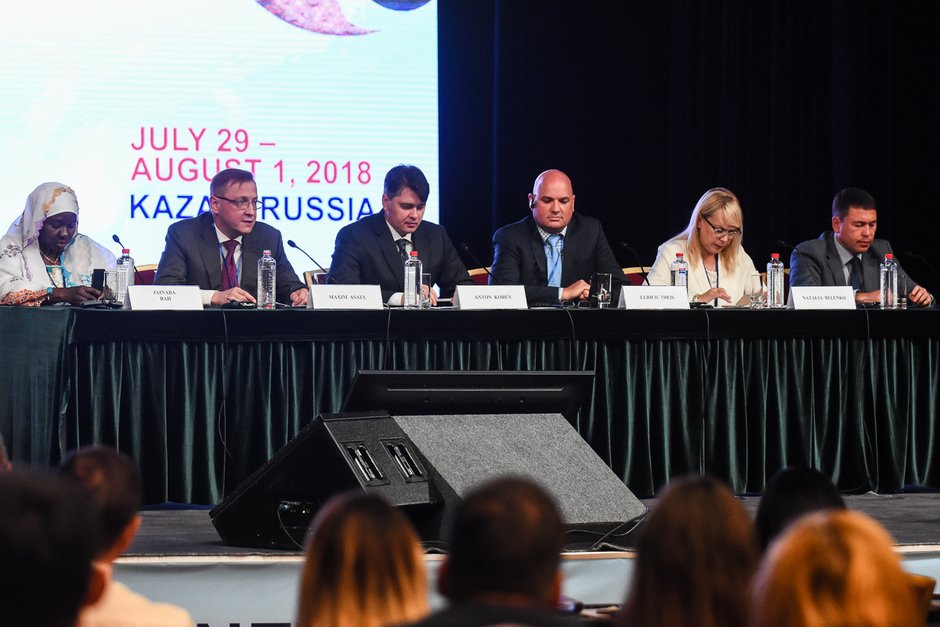 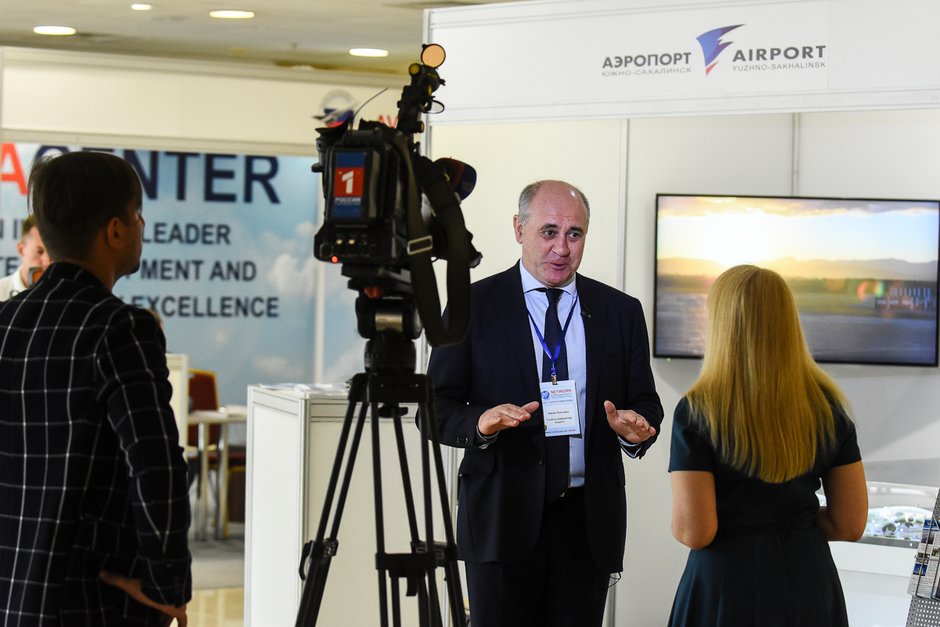