Life in 'humanhills': how Russian developers planting a time bomb under our cities

Huge ''anthills'' in the cities, dense building with high-rises — it all surrounds us in modern Russian cities. Marat Gallyamov, director of the realty agency Etazhi-Kazan, tells what this tendency can lead to in the column written for Realnoe Vremya.

High-rise construction does not lose its relevance in Russian megacities, and the prerequisites for changing this trend are not yet expected. If the population is concentrated in separate large cities, the density of buildings and therefore the number of storeys will inevitably increase, although too much is still determined by a urban model chosen by the authorities. Of course, comfortable number of storeys does not exist outside the context and always depends on the characteristics of urban landscape: it's one thing to live in New York in an apartment on the 45th storey overlooking the Central Park, and it is another thing, for example, living in the sensational residential complex Yesenin in St. Petersburg overlooking the neighbouring house or tightly parked cars in the yard, where, by the way, the sun can penetrate only 40 minutes a day!

The situation in Kazan is not as critical as in the capital of the country, but the trends from there sooner or later reach the periphery. It's no secret that the unpopularity of low-rise construction in the city is traditionally associated with low profitability of such projects for developers. Time will show whether the arrival of federal developers to the market of Tatarstan is associated with the development of high-rise construction or low-rise housing will also be given worthy attention. In the slang of architect, the one-type high-rise buildings in residential areas are called ''humanhills'' (by analogy with anthills). Photo: Maksim Platonov

Problems of life in ''humanhills'': features of life

In the slang of architects, the same type of high-rise buildings in residential areas are called ''humanhills'' (by analogy with anthills). Life in ''humanhills'' is associated with a number of problems that should be covered separately. According to foreign analysts, maximum population density should not exceed 450 people per hectare for a comfortable building. In modern residential areas of Russian megacities, the permissible rate is exceeded almost twice, as a result, this leads to problems associated with the lack of appropriate transport and social infrastructure. In addition, we can already say quite clearly that after a certain time we will face the so-called crisis of unmanageability in the housing sector. What exactly do I mean by that? When a multi-storey complex has more than 2,000 apartments, it is impossible to gather all the owners for a meeting, as well as to highlight and listen to their pressing problems. As a result, ''humanhills'' lose control of their owners because the they will definitely fall into dependence on management companies. Once the management company no longer meets the expectations of the owners, the tenants will want to change it, but for lack of alternatives the problem will not be solved. Ideally, such megacomplexes should be managed by a specially created company, and if you look at the experience of the West, you will see that their management company defends the interests of a maximum of 10 apartments: under such conditions, it is easier for tenants to come to a single consensus and solve emerging issues quickly and efficiently.

In our reality, unfortunately, urban planners build residential facilities, without thinking about how companies will subsequently manage them. And this, in turn, will result in that the residents will begin to take to the streets and to demand from the management of the city to solve the problem with manageability.

Many residents, when positively answering the question ''Do you like to live in a high-rise building?'', most likely, they are lying. It is connected, first of all, with a certain euphoria accompanying acquisition of the new apartment in property. In our country, unlike in Europe, real estate is not a standard purchase. Referring to real estate as an unusual product, the consumer often does not even try to find flaws or negative sides of the purchased housing. On the contrary, at the peak of unusualness, when such houses represent a completely new environment, people naturally feel satisfaction. But sooner or later, such housing will become commonplace, and how the layman will look at it then is a big question! After all, our compatriots were sincerely happy when they moved to khruschevkas. But time passed, and khruschevkas became commonplace, all the shortcomings came to light. So, someday it will happen to new high-rises as well. 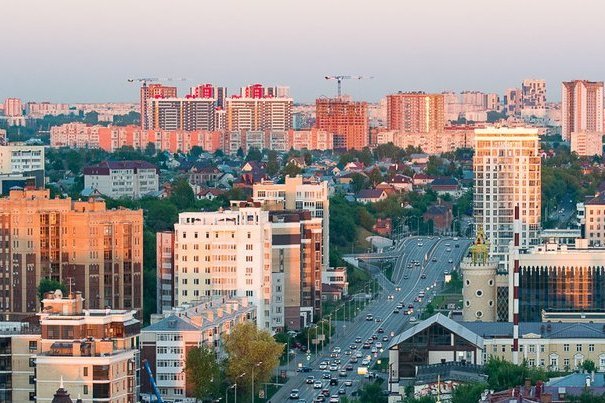 Business class: is it really business one?

In our country, it is relatively expensive to engage in the development of economy class. Because the difference between building and creating business-class infrastructure and economy class is plus 20 %. At the same time, the marginality of business class, as well as the level of comfort offered is many times greater than in the economy. Therefore, today there are two prospects: to build cheap huge apartment buildings or low-rise cozy ''business class'' and to sell it at an inflated cost. There is no middle segment as such: either there is a lot of cheap housing, or it is a little of elite housing.

In the near future, we expect the arrival of the federal developer in Kazan, which positions its facilities as a business class. I hope that the players will take into account the needs of the buyer and create really worthwhile projects. In fact, our real business class — only the metro within walking distance and a supermarket on the first floor. Photo: Maksim Platonov

Assessing the experience of our foreign colleagues, first of all, of course, we focus on countries with similar climate: the Scandinavian countries. Our specialists who have moved to Finland after several years of work in Russian bureaus confirm that their projects and attitude to construction in general differ significantly from our approach. Abroad, even to the cheapest housing they impose strict requirements, and the market is so oversaturated that the struggle for the client is high, they try to offer as much as possible — design, planning, landscape and others. But the domestic developer in general does not know and does not want to know what is good. A gullible apathetic buyer also does not know what is good and buys what the market dictates. And they are unlikely to find a common language in the near future.