Sex enlightenment: a scientist about importance of children's education and myths related to the taboo topic

The initiative group ''Think, Kazan!'' has recently organized the first in Russia scientific-popular free lectorium Coito ergo sum at Smena contemporary art centre. Specially invited scientists and experts dissected the topic of sex, speaking about it in the context of art, philology, biology and other aspects. One of the speakers of the lecture was Amina Nazaralieva, a sexologist, clinical psychologist and psychotherapist of Mental Health centre. She elaborated on how abstinence advocacy does not produce the expected results and why it is so important to educate your children sexually. Read the details in the material of Realnoe Vremya.

''Preschoolers still do not know that sex is bad''

Amina Nazaralieva began her lecture with the question to the audience whether there were any people of non-traditional orientation among those present. No one raised their hand.

''There must be,'' the sex therapist commented on the failed question to the laughing audience and tried another attempt to get to know the audience.

''Who was told about sex at school?'' in response to this question in the hall there grew a rare sea of raised hands. ''More than gays,'' stated the speaker.

First of all, Amina Nazaralieva decided to tell the audience about children's sexuality. Kids, exploring their body, already aged six months may accidentally find that it is pleasant to touch in some places, and aged one year they can deliberately begin touch themselves. The doctor-sexologist immediately explained — this is normal. According to her, from 15 to 19 months, children can begin to squeeze their hips, rub on objects and enjoy it — and this is also normal. Aged five, children begin to have an interest in maternal breast, and the interest in sexual aspects continues to develop after this age.

''Preschoolers still do not know that sex is bad, shame or taboo, so they can often be caught for the fact that they touch themselves in public,'' said Nazaralieva.

Already here the so-called sex enlightenment comes to the fore. The specialist repeatedly in her speech said that children need to be explained and told everything carefully. At the preschool stage, children are told that there are intimate areas, that you can touch yourself without people and this is normal, but others should not touch them in any case. According to the lecturer, this is a very important point in the prevention of child sexual violence. 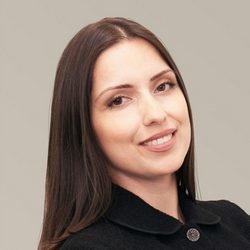 During this period of growing-up, she divided children into three categories by perception: those who are not interested in sexual theme, those who are interested, but embarrassed, and those for whom it is normal.

Perhaps the most incomprehensible, but at the same time, dangerous period occurs in children during adolescence. According to research, almost half of high school students claim to have had sexual intercourse, and one of three — to be sexually active. During this period, teenagers can try something new, for example, with a same sex partner, but the sex therapist says — it does not determine sexual orientation because it is ''part of the normal sexual experimentation of adolescents''. By the age of 18, people will tell which orientation they have. At the same time, the relationship may change over time, as the sexual identity is variable.

As you know, it is useless to fight against early sexual life among adolescents with prohibitions. Here it is important to have frank conversation. In America, they decided to go the other way and spent almost $200 million on UN programmes to promote the idea of sexual abstinence before the wedding. But it didn't work out. In general, only 10% of those who decided to wait until marriage fulfill their intention.

Those who still follow their intention are compared by the number of pregnancies, infections received with those who began to live early sexual life after 4 years.

''This is another myth — if you isolate children from information, they will be such gentle sweet creatures who will be healthy and happy. Unfortunately, it is wrong,'' says Nazaralieva. HIV is not a homosexual disease

Of course, she raised the topic of homosexuality separately. More precisely, the speaker dispelled the myths associated with non-traditional sexual orientation.

Homosexuality is not a mental disorder. But it is known that among people of non-traditional orientation there are more suicides, they are more prone to depression — all because of violence against them from the outside. Scientists have no evidence that children suffer from sexual orientation of their parents or follow their example. The myth that homosexuals are not capable of long-term relationships and often change partners also has not been confirmed. In this case, if people are forced to hide their sexual orientation, they are more likely to find physical and mental disorders.

By the way, answering the question from the audience, Amina Nazaralieva suggested that in show business there are a lot of gay people because the creative environment accept such people easier, without causing them internal discomfort.

The lecturer called the statement that HIV is more common among people of non-traditional orientation as untrue. More often it affects heterosexual couples.

According to statistics, every 6 minutes in the world one more person becomes HIV-positive. At the same time, in Russia today there are only 30% of those infected with HIV receive retroviral therapy. Every year the number of infected increases, but the growth rate is reduced.

''The prognosis remains unfavourable. It is necessary to intensify information and preventive measures in the fight against HIV infection in the country,'' concludes Nazaralieva.

So, let's say, the sexologist didn't have time to cover adult topics of sex within the designated time in full, and in fact, she told about what happens to children and how to react to it. The answer to the last question at first glance seems simple — you need to talk and not be shy to talk about sexual topics. It is necessary to talk about everything with a child — from physical relationships, childbirth and menstruation, ending with HIV, AIDS and other infections.

By the way, the lecture ended on an original note, which came in very handy to the stated topic. The young man who asked the best, according to the speaker, question, she gave a book about… vagina.