''Remember how ruble fell to 70 and lower? We know how to panic, we do it well''

The collapse of Russian stock market and the fall of the ruble — not the only negative consequences of the US sanctions against domestic companies. The national currency has continued to fall in price at Moscow Exchange. About other consequences Russia can expect following new US sanctions — read in the material of Realnoe Vremya.

''All this is a panic, and the markets will be back to normal''

Russia has survived the 'black Monday'. After the introduction of sanctions by the USA against domestic companies, the Russian stock market collapsed: Moscow Exchange index decreased by 8,34%, RTS index — by 11,44%. The ruble began to fall.

While Russia is experiencing the consequences of one sanctions, albeit the most sensitive ones, America has made a new blow. A bill to impose sanctions against people responsible for the poisoning of Yulia Skripal and Sergei Skripal has been brought to the US Congress. The document proposes to ban transactions with Russia's new sovereign debt. 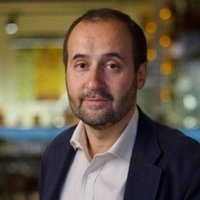 What can Russia expect in this regard? Andrey Movchan, a financier, the director of economic programme at the Moscow Carnegie Center, believes that there will be no new negative consequences of the sanctions already imposed, what cannot be said about the future ones:

''All this is a panic, and the markets will be back to normal. Perhaps, not to the same levels, but comparable ones. The sanctions against Deripaska, Vekselberg and Rusal do not determine the state of the market. But we looked at the modest act of the US Congress, which orders to impose sanctions against Russia's new sovereign debt within 60 days. So, Russia will not be able to sell its sovereign debts to the Americans. Just as they will stop buying aluminum, they stop buying debt. The effect for Russia will be the same as for Rusal. The ruble should react to this, and it already is, as well as the entire market,'' Andrey Movchan said in a conversation with Realnoe Vremya.

A similar forecast was given by another expert — Doctor of Economics, Professor Nikita Krichevsky: ''After the fall, the situation is getting back to normal. There will be no sharp continuation. A little rebound is not excluded. However, the trend of stock market quotes deterioration will continue. It will be smooth, not sharp. The same can be said about the currency.''

''We don't know what else they have in their pocket hidden, but they'll probably get exhausted. I think they're sick and tired of the this whole thing. I think that they themselves did not expect such an effect, now they will present it as a great victory and then will calm down,'' hopes Mikhail Portnoy, Doctor of Economics, director of the Institute for the USA and Canadian Studies.

''The situation is being much worse for Russia''

Andrey Movchan also noted that in the case with the sanctions on sovereign debt, the Americans will stop buying all Russian shares. The balanced US funds that used to invest in Russian debt and equity will be forced to abandon both forms of investing to avoid imbalances.

''The situation is being much worse for Russia than just sanctions against aluminum companies. The Americans are imposing more tough sanctions. We don't know what's coming in the autumn. Uncertainty is growing. Markets, therefore, are reacting negatively. Now this is not a problem for us. Because Russia does not have to issue a new debt and sell it to the Americans: a) because we have enough money; b) we don't have to sell to Americans, we can do it to Europeans or Chinese. All this will cause a rise in debt, but that's OK because we have little debt. It is causing some inconveniences,'' Movchan noted. Krichevsky also believes that it is early to relax for the Russians. ''Another thousand small blows'' from the United States awaits us in the future. In the meantime, the Russians will have to analyze the ''first portent''.

''Because the situation is being much worse than it was at the beginning. There are secondary sanctions that apply to a very large number of companies. It's one thing when you analyze Rusal or Renova, another thing when you look at the companies where the share of these companies or people from the sanctions list exceeds 50%. And it is not few companies, they are tens,'' Nikita Krichevsky said.

Another Russian financier, Evgeny Vladimirov, warned about the risks as a result of another American initiative, introduced in the Congress. According to it, Russian companies such as Sberbank, VTB, Gazprombank, Bank of Moscow, Russian Agricultural Bank, Promsvyazbank and Vnesheconombank have been forbidden to borrow in dollars:

''If the US Congress is consistent, leading Russian companies will be prohibited from borrowing in US dollars, the Russian market will continue to fall regardless of oil prices. What else can happen? Putin today or in the coming days is going to impose sanctions against American companies operating in Russia. Here the Russian consumers will suffer more: they can lose the products of PepsiCo, Procter&Gamble, McDonald's, Coca-Cola, etc. Trump can begin an attack on the Syrian armies in Syria — this also will lead to deterioration of the situation in the markets of Russia,'' Vladimirov predicted the events. Let us remind that the United States and European allies launched airstrikes on Friday night against Syrian targets.

About the fall of the ruble: ''We know how to panic, we do it well''

Regarding the devaluation of the national currency, Movchan said: under calm conditions of the economy development, the ruble should be below 60. And if there are no disastrous consequences, the rate will return to this level in a week or a month.

''You probably still remember: the ruble fell to 70 and lower. We know how to panic, we do it well. Now people will understand about the sovereign debt, then about the chemical attack in Syria (and this may be another round of sanctions), and the ruble for a long time can be quite low,'' said Andrey Movchan. Financiers do not believe in some forecasts that the dollar may rise to 200 rubles: ''It's a nonsense, this will not happen. This is also for two weeks, then everything will calm down. The ruble is relying on to oil prices, but there are other affairs,'' Mikhail Portnoy said.

In the short term, the dollar may reach 70-75 rubles, the euro — 85-90 rubles, says Evgeny Vladimirov, taking into account the upcoming anti-Russian sanctions:

''If Russia succeeds to negotiate with the United States and leave everything as it is now, that is just a bad relationship, the rate should return to the levels of 58-60 per dollar.''

What will happen to Russian companies?

Russian billionaires lost $16 billion in a day due to sanctions. The list of companies that have suffered losses: VTB, Gazprom, Surgutneftegas, Renova, Sberbank and others. But Oleg Deripaska, co-owner of UC Rusal, suffered the most. In two trading days, his wealth decreased by more than $2 billion.

Anyway, Krichevsky is convinced that for private companies US sanctions are also a unique opportunity to abandon their obligations on debts: ''If they do not, they will miss the opportunity, which is extremely rare. The company Rusal has a set of obligations in dollars, but if the US government believes that this company is toxic, then I'm sorry!''

Russian companies that have suffered losses, according to Movchan, will gradually recover. Everything will depend on revenue, the number of speculators and domestic money: ''It is clear that Russian banks now will go to buy at reduced prices. I do not expect an RTS disaster on this basis. All problems are not current, they will come in 3,5 years or 7 years. Sanctions are a slow strangulation, not a hammer.''

Due to what Russian companies can compensate for losses? Mikhail Portnoy believes that the state has a lot of opportunities in this part: ''First, there is some money in the budget. Second, it is possible to find an opportunity at the expense of Central Bank's loans. There are ways. It is necessary to think out.''

How will Russia respond and who's next under attack?

If to consider retaliatory measures against the United States, experts agree that Russia has more to lose:

''Our state can do nothing. And it is not necessary. We need to focus and deal with recovery of the companies,'' says Mikhail Portnoy.

''Theoretically, it would be possible to shoot yourself in the foot and terminate the supply of titanium to the United States. They buy it with pleasure, and a little of nickel too. Of course, they will find a replacement — it is clear, and we will be forced to look for other buyers. There will be the same situation that developed after food sanctions: we began to buy Turkish dorada instead of Greek, and Greek went to the markets where Turkey had traded before. There was a redistribution. The US won't be hit, but we will have problems,'' Movchan added.

If to consider retaliatory measures against the United States, experts agree that Russia has more to lose. Photo: expert.ru

Experts doubt that Europe would join the US sanctions. ''I think no. Here the situation affects their interests. Russia remains a major trading partner of the European Union,'' Mikhail Portnoy believes. ''First, Europe is closely connected with Russia. Second, many in the EU believe that the sanctions are a wrong way to interact with our country,'' said Andrey Movchan, however, he does not exclude this threat completely: ''There is such a possibility, the Americans will lobby it, at least because everyone likes the support of the world community. If the Europeans support America, the second big market of Russia will fall off, we will not sell much in Asia. In the future, for the next 5 years, when we need to refinance our old debts and we want to borrow money in the capital markets, it will be a very big problem.''