Vitaly Milonov: ''It is necessary to introduce at schools the second language — of Finno-Ugric peoples''

State Duma Deputy Vitaly Milonov in today's column tells about ethnic origin of the Russians. According to our columnist, half of Russian population are descendants of Finno-Ugric peoples, dissolved in big superethnos. The duputy also raised the much-debated issue of teaching minority languages at schools and told about folk heroes uniting the Russians and the Tatars.

We are descendants of Finno-Ugric peoples

The Slavs came to these lands much later. As we know, there are five groups of Finno-Ugric languages. The area of their distribution, until recently, stretched on the vast territory of central and northwestern Russia, the Volga region, the Urals, Siberia, Baltics, Scandinavia.

If we go from Moscow to the east, towards the Volga region, we see that historically there were no Slavs on these territories. Finno-Ugric peoples coexisted here with Turkic peoples (the Tatars). Vivid examples are Chuvashiya, Tatarstan, where Muslim villages quietly coexist side by side with Orthodox settlements. The Slavs came to these regions much later. Historically, the European part of Russia was Finno-Ugric. Why am I telling this? I myself am a descendant of Merya people. My ancestors on the paternal side come from the Volga region. I remember how my grandmother used to bake peculiar Merya pirozhki — rye vatrushkas with potatoes, in Russian they are called kalitki. The Finns, Karelians and other peoples still preserved the tradition for such pastry. The Meryas (as well as the Merya language) still exist, though largely dissolved in the composition of the more strong, Russian, ethnicity.

I think that the government of Russia should pay attention to preservation and even reconstruction of disappearing cultures and languages (this practice has long existed in the world). Our internal diversity, of course, is a national treasure.

In Leningrad region alone, there are at least six indigenous languages. It's a shame that in Karelia the Veps language is somehow maintained (by the way, not without the help of the Finns), but in the Leningrad region nobody cares about endangered Izhora, Livonian, Votic languages. Of course, we must preserve our diversity, our cultural heritage.

It is necessary to introduce at schools the second language — of Finno-Ugric peoples. For a start, it can be taught at least as elective. It is necessary to recreate departments of local languages (Baltic-Finnish, Finno-Ural sub-groups) in national universities. The path to spiritual wealth


Do not be afraid or ashamed of ethnic languages! Thanks to their knowledge, people become richer. If a child having Merya, Zyrian or Erzya roots, knows not only Russian but also his or her ethnic language, it will be only an advantage.

Sometimes we don't realize in what country we live, how many surprising discoveries still to come for researchers. The Republic of Komi, for example, has a very beautiful coat of arms, which reflects the national tradition: the bird with the face of the sun goddess on the chest. Other regions are less rich in symbols. All of this is priceless gift that we have, we should appreciate it. Unfortunately, due to the fact that peoples had written language poorly developed, many things are lost, native speakers become the history.

Before the revolution, every landowner, who lived somewhere in Kostroma, who never in his life was in foreign countries, fluently spoke the French language. Knowledge of languages, of course, makes a person richer. 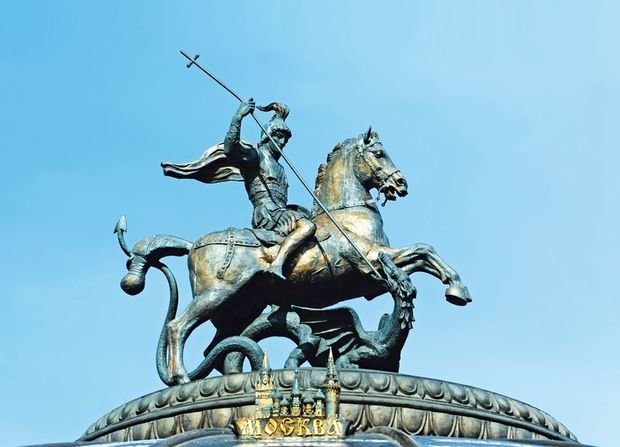 Atheists are to blame

As we know, in the Soviet times, there was strict anti-national policy. The famous fifth column in the passport most often was filled with the nationality 'Russian'. But, for example, the Izhorians, in the documentation were not welcome, and they were written as Russians.

But how many peoples lived there! They were like flowers in a bouquet: the more components there are, the brighter and more beautiful the whole bouquet composition is. It is much better if the screen of your monitor renders 4 million colours than a monitor that renders only 4 colours. So let it stay the colour of our cultural heritage, including linguistic wealth!

I must also mention our Turks — the Tatars and Bashkirs. They have their legacy that we, living in Europe, unfortunately, barely know or have a stereotyped image of. We almost do not know the history of the Tatars. Although I know that the scientists of Kazan, Ufa, Moscow and St. Petersburg are engaged in such research.

There are also interesting scientific discoveries, according to which the ancestors of the Tatars had sacred characters who as two drops of water are similar to the Russian heroes (e.g. Saint George). But we don't know this, we haven't been taught, and sometimes we are ashamed of it. Atheists hate all of us – both Russians and Tatars. For them there should be nothing sacred, for them the main thing — material wealth, money. They try to drive a wedge between us to get their profit. So let's love all peoples of our Motherland, to develop their languages and culture and not to allow them to dissolve and disappear.