A native of the city of Kazan, a teacher of music in Afghanistan, tells about the echo of the Taliban regime, the local youth, the attitude to the Russians and rare trips to restaurants

Two and a half years ago, Diana Mukhametzyanova, a native of Kazan, began teaching piano at the National Institute of Music in Afghanistan. In an interview to Realnoe Vremya, the young woman told about what it is like to live and work in the post-Taliban country.

''A huge number of musicians fled the country under the Taliban, many were killed''

Diana, could you tell us about your past in Kazan?

I was born and raised in Kazan, graduated from a musical school. I have a diploma of the Kazan State Institute of Culture, worked in an ordinary musical school – gave piano lessons. Generally speaking, I lived in Kazan until I moved to England, and then in Afghanistan.

What did you do in England?

I came across on the Internet the information about a volunteer project in the country and decided to take part in it. My duties included organization of concerts: I rehearsed several times a week with musicians-amateurs, we learned works for choir, for solo singing (they sang, I accompanied). There was one guy, a pianist, with whom we prepared several works. Of course, a large part of the works for solo piano I played myself. After that, I returned to Kazan, found the job in Afghanistan, so I have lived here since the summer of 2015.

Why did you become a professor at the National Music Institute in Afghanistan?

I can't say that I had one reason — my motivation was multicomponent. First, this position struck me with its uniqueness. At the time I was reading the blog of a girl who worked here and described what was happening, but I didn't have any real friend who at least once visited the country and shared with me his or her impressions. 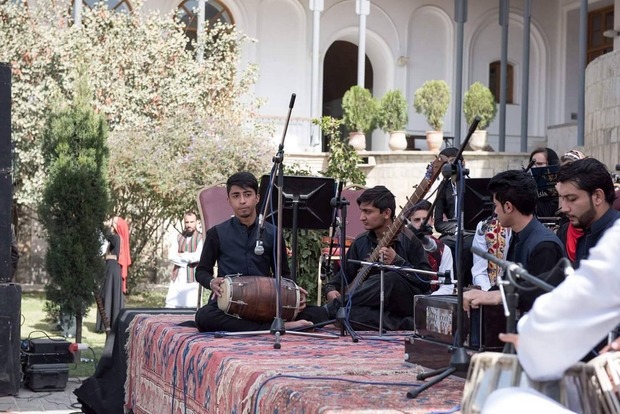 The scale of the work made by our director Ahmad Sarmast is very serious — he took on to restore the system, which was completely destroyed and forgotten under the Taliban. In that period, a huge number of musicians fled the country, and many were killed

Afghanistan was a mystery country for me. The country, information about which people usually learn only from the news, when there is a terrorist attack or something similar. We know practically nothing how peace processes are happening here and how people live here.

I was also attracted by the uniqueness of the music school. The scale of the work made by our director Ahmad Sarmast is very serious — he took on to restore the system, which was completely destroyed and forgotten under the Taliban. In that period, a huge number of musicians fled the country, and many were killed.

It was forbidden to listen to music under the Taliban, it was severely punished. The only kind of music that was present in those years was the tunes of the prayers. Given the circumstances, this offer attracted me because of its uniqueness. I had the opportunity to make a contribution (albeit small) in the history of restoring the culture in this country. Our director and the school do a lot for our safety. We do not go on foot on the streets, we almost do not go out anywhere, for secured transportation we have several service cars. The school has a very serious security

There is an entire region which is called 'microrayon' – it was built by Russians, now Afghans live here''

How popular is education in this area in your assessment?

Pretty popular. We have an annual recruitment in February-March. Here the academic year is different — it starts not in September but at the end of March. After the Nowruz finishes, we begin a school year, which lasts until about early-mid December (each year is different).

There are only about 5-7 children in 11thand 12thgrades, but in the 4th or 5th grades – there are even not enough classes, they have to create 'parallel' classes. The number of children has increased in the recent years. By the way, I can't help but mention that there are more girls.

The situation with girls here is more difficult in terms of education than with boys. Some families still believe that it is enough to finish six grades for a girl, then she is just taken out of school, she begins to help her mother, and, at the age of 17-18 she gets married.

How would describe the youth whom you work with?

It should be taken into account that we come across with a certain layer of the youth at our work. Almost all children who study here speak English well, they travel a lot. In my opinion, their worldview is broader than of the average teenager who attends an ordinary school in Afghanistan. This layer is not so big, even given the fact that there are 30—40 children in each class, it should be borne in mind that there is only one such school for the whole country. In Europe or Russia, having finished the working day, you can, for example, go home and cook dinner or go to a bar or a disco or to the cinema. That is, you will have a choice, which is absent here. Although if wish, the leisure time can be diversified

Diana, what does the life in Afghanistan look like for a newcomer from Russia (especially for women) at the household level?

Actually, it will be quite difficult here for a foreigner at first due to secluded way of life. In Europe and Russia, having finished the working day, you can, for example, go home and cook dinner or go to a bar or a disco or to the cinema. That is, you will have a choice, which is absent here. Although if wish, the leisure time can be diversified.

I cannot say that I have not gone anywhere at all over these two and a half years. We usually go to different restaurants, which are very neat inside, but outside they look like a blank wall and a massive gate with a small window. Only having passed several checks, you enter a restaurant. When on my second day in Kabul my colleagues invited me to a restaurant, at first, I didn't understand at all where I was, it seemed that we were going to some dungeon.

But it is more an exception than a rule. While you are living here, you constantly hear that something happened to someone. Of course, after such stories you are afraid to go somewhere out.

Have you noticed any special attitude to the Russians?

Yes, I have. Many people remember the 1980s. Besides, we have left here our heritage. Sometime, you go near a building, and locals tell you, ''This plant was built by Russians.'' There is an entire region which is called 'microrayon' – there are ordinary five-storied khrushchyovkas [an unofficial name of type of low-cost, concrete-paneled or brick three- to five-storied apartment building which was developed in the Soviet Union during the early 1960s, during the time its namesake Nikita Khrushchev directed the Soviet government], there is a boiler house – all this was built by Russians, and now the Afghans live here.

Some local people at their time were sent to study in Russia, and now they speak Russian at different levels. I definitely haven't noticed any negative attitude. When I tell that I am from Russia, people react either neutrally or positively, ''It was better that time, but now everything is unclear.'' 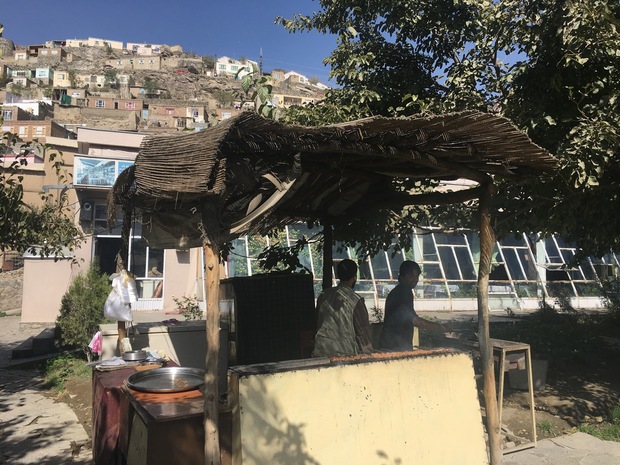 Some local people at their time were sent to study in Russia, and now they speak Russian at different levels. I definitely haven't noticed any negative attitude. When I tell that I am from Russia, people react either neutrally or positively

How would you describe the current situation in the country? Do you feel safe here?

I have become accustomed for two and a half years because it is impossible to be tensed all the time. Certainly, if something happens, everyone become nervous, decides to go back home, but then a couple of days passes and everyone continues to live as before.

What has been the last case when you started to think, ''It's time to go home''?

Frankly speaking, I do not remember something like that… Maybe this summer, when a number of attacks took place. Sometimes we do not even know about the attacks, that they have taken place somewhere in the city. It happened that I was at school, teaching children, and my relatives send me messages from Kazan, ''Are you ok?'' They learn about the news earlier than we do. But we know absolutely nothing what has happened in other part of the city. I still do not use Internet here. So, sometimes we are not even aware of such events.

How long are you planning to live in Afghanistan? Or you have already thinking about other country to live?

We have the following scheme here: every foreigner who comes here to work signs a year-long contract that can be prolonged on mutual agreement. I am planning to stay here until the end of my contract, until June 2018, what will be then we will see. There are always long-term plans. For example, if a student is talented, you always want to take him to different contests, to prepare him well. On the other hand, it is difficult to think ahead in Afghanistan because everything is so unpredictable here.