Fly with luggage or without it: compulsory hand luggage and luggage-free tariffs

How will the initiative of the Ministry of Transport change air travel?

The Russian Ministry of Transport set norms for hand luggage and free luggage, expanded the list of the goods that are allowed to be carried without charge and added several changes that will help to increase the competitiveness of Russian airlines and reduce ticket prices for passengers who travel without luggage. Realnoe Vremya tells what changes are meant and how they can really affect the Russian market.

Ministry of Transport set norms for cabin and checked luggage

On 5 October, the Ministry of Transport introduced changes to the Rules of Air Carriage of Passengers, Freight and Luggage, which makes the scheme of airlines' work with luggage clearer. According to the bill, airlines can offer several tariffs to choose: non-refundable tariff with free hand luggage, non-refundable ticket with luggage charge, which is at least 10 kg per person, and refundable tariffs with luggage. The first option is expected to have the lowest price and the third one – the highest.

The minimum weight of hand luggage has been set at 5 kg per person in the end. But the ministry notes that airlines can increase the limit as competitive advantage. The list of the goods that passengers can take besides hand luggage is another important moment. Now one can take rucksacks, medicine and duty-free goods on board without charge. These things complemented the list of passengers' personal belongings: handbag, briefcase, holdall, coat, baby food, baby carriage and a bunch of flowers.

In addition, crutches, canes, baby walkers, folding chairs and carriages that can be safely stowed in the overhead storage bins or under the seat in front of you have been added to the list of the goods exceeding your allowance. If it is not possible, people can take them free as checked luggage. Crutches, canes, baby walkers, folding chairs and carriages that can be safely stowed in the overhead storage bins or under the seat in front of you have been added to the list of the goods exceeding your allowance. Photo: nasamoletah.ru

Electronic devices like phone or camera as well as umbrellas and books were not mentioned in the list because they can be probably put in a handbag, briefcase or rucksack.

According to the changes, now the passengers who registered online don't need to label their hand luggage. But their goods can be weighed right before boarding.

Specifications have also been included to the rules of luggage allowance for two people who fly together. If earlier only free luggage could be united, now this limit also includes luggage-free tariffs.

On road to changes

We need to remind that the Ministry of Transport started to put the rules of air carriages in order in the last years and approach them to European standards that have been working for many years. One of them was about non-refundable tickets introduced in 2014. Due to it, ticket prices reduce, though not immediately. This July, a so-called 'luggage-free' non-refundable ticket appeared among tariffs on the initiative of the ministry. This tariff presupposes that ticket prices will become much cheaper.

At the same time, experts noted many times that the novelties would positively affect passengers if free luggage is cancelled considering uncertain hand luggage because people will anyway pay airlines. According to the Air Travel Code, airlines must carry at least 10 kg free no matter where – in hand or checked luggage. For instance, it was necessary to take things in checked luggage on Pobeda, but one could not take even a handbag on board, which caused several scandals in the past. It was necessary to take things in checked luggage on Pobeda, but one could not take even a handbag on board, which caused several scandals in the past. Photo: newizv.ru

''Prices to grow for the majority''

The Ministry of Transport forecasts that the changes will enable to reduce ticket prices by 10-20%. However, according to Momondo's annual research, there are just 10% of Russian tourists who travel with a small bag as cabin luggage.

''On the contrary, prices are going to grow for the majority, and it is likely to negatively affect the tourism market,'' thinks Irina Ryabovol, representative of Momondo international tourist search system. 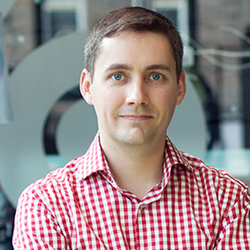 Dmitry Khavansky, Skyscanner development manager in Russia, notes that many regular Russian airlines fly with limited hand luggage exceeding 5 kg. For instance, Aeroflot and S7 allow 10 kg on board. As a result of the changes, clients will probably need to pay extra kilogrammes.

''If these airlines reconsider their policy, first of all, passengers who got used to flying without luggage will suffer. It will be difficult for them to refuse half of their goods while travelling. And they will likely register their cabin luggage as checked. Aeroflot clients will be able to do it free (for all the tariffs). In case of S7, luggage carriage for the cheapest tickets that passengers choose more often will include a charge. In addition, we need to add people will compulsorily wait in the luggage drop-off counter and then get it upon arrival,'' the Skyscanner development manager in Russia says.

According to Aviasales, this year cheap tariffs up to 5,000 rubles account for 55% of sales, and tickets from 5 to 10,000 rubles – for 30%. Last year, cheap tariffs had 53% of sales. In addition, the company doesn't expect prices to reduce.

''In 2015, Pobeda tickets in Russia were two times cheaper than rivals. This is why the shift of other airlines to the new luggage-free tariffs was quite a logical step and led to ticket price reduction. Now, when Pobeda started its sale of tickets from 499 rubles, we don't notice that the rivals' prices fall. And the airlines that already have luggage-free tariffs are unlikely to reduce prices after introducing the changes to the rules,'' Aviasales PR manager Yulia Domracheva says.

Without competition and loyalty?

The Momondo international tourist search system also notes that the fact that the law won't affect the higher competitiveness of Russian companies a lot. 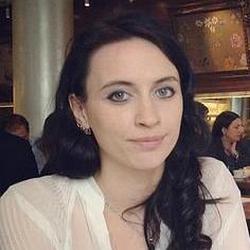 ''The law is aimed to increase the competitiveness of Russian airlines. However, the only Russian low cost airline doesn't compete with foreign airlines in the majority destinations – after many cheap airlines left the Russian market during the crisis. As for domestic flights, the competition is in non-refundable tariffs that the majority of airlines have,'' Irina Ryabovol thinks.

She reminds that the European market, on the contrary, refuses strict luggage allowance and, for instance, permits to take small suitcases as hand luggage. Here we will note that it is more difficult in Russia, Pobeda permitted to take rucksacks into the cabin only after the court decision, while Aeroflot permitted to sum the luggage weight only if the Prosecutor General's Office requires. Here Russian airlines can't boast about their tolerance to passengers except several carriers, for instance, UTair where people are also allowed to take small suitcases into the cabin.