''The wind was blowing from the Volga, increasing the margin...''

Tatarstan has opened the window to ''green generation''. The investment fund for wind power development of Finnish Fortum and Rosnano has ''given'' the republic 100 MW for the construction of first wind farms. But while the international alliance of Rosnano is looking for a ''wind rose'' for the wind turbines, Turkish Güriş Holding and Russky Veter are snapping at their heel — month and a half ago they established the first unit for measuring wind speed in Verkhneuslonsky district, targeting at obtaining the power of 100 MW in 2019-2020. Who of them will be the first to take energy from the wind, perhaps, even the participants of the race do not undertake to predict. Read more in the article of Realnoe Vremya.

Several wind farms with a total capacity of 100 MW can be built in Tatarstan, the press service of Rosnano reported in response to the request of Realnoe Vremya. After their launch, on the territory of the Republic there can be the first renewable energy sources.

However, future wind power plants are not beautiful futile fantasy of dreamers but backed by solid investment contracts objects of ''green generation''. The owner will be the alliance of the Finnish company Fortum (the one that tried to enter the market of MSW) and Rosnano, established a joint investment fund for wind power development this year.

By 2022, the fund plans to build 26 wind farms worth a total of 30 billion rubles. They selected six regions of the country for their location, concentrated mainly in the south. The ''road map'' includes Rostov Oblast, Krasnodar Krai, Stavropol Krai, and two in the Volga region — Tatarstan and Ulyanovsk Oblast. The first one is imposed the limit to the capacity of 100 MW, the neighbouring Ulyanovsk Oblast is ''signed'' for power twice more — 236 MW. It is expected that there will be seven wind farms, the first one of them with 14 wind turbines will be commissioned by the end of this year. By 1 December 2020, the first two wind farms are to start supplying electricity. The large-scale campaign on the construction of wind farms was launched after the structure of the energy company Fortum — Fortum Energy in June this year passed the competitive selection of projects of renewable energy sources in 2018-2022. As follows from the materials of the trading system administrator (ATS), Fortum Energy gained the right to build a power of 1 GW, which will be implemented in the framework of the agreement for the power supply (Capapcity Supply Agreement) for a period of 15 years. Before the contest, Fortum and Rosnano had created an investment fund for development of wind energy, which will be engaged in the construction of wind generation. As the press service of Rosnano reported, the fund intends to direct on these purposes 30 billion rubles.


Unlike Ulyanovsk Oblast, where the construction is being in full swing, in Tatarstan the specific locations for construction have not been determined yet, the press-service of Rosnano reported. The leadership of the Ministry of Industry and Trade of Tatarstan, which oversees the project, has confirmed this information. ''The location will be selected according to the analysis of economic indices of projects of construction of wind farms, which are influenced by many factors. Among them: the wind potential of a specific location, availability of infrastructure, etc. Thus, the project details will be provided as relevant stages of implementation progress,'' explained Rosnano to Realnoe Vremya. Rosnano did not name specific deadlines for searching of the locations. ''It's a long process,'' the company said. 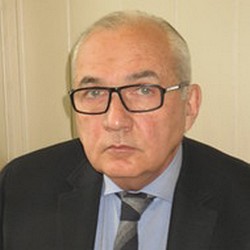 ''100 MW is not as little as it may seem at first glance,'' commented on the results of the distribution capacity Director of the center for renewable energy Georhy Yermolenko.

''We are talking about the investments of 200-250 million euros. Fortum has the opportunity during the year to change the region if they do not find suitable areas for installing wind turbines. But if there is an agreement with the Tatarstan government, the likelihood of that scenario decreases. Most likely, there will be selected areas in the south-east of Tatarstan, where the winds are more intense compared to the main territory of Tatarstan,'' he believes.

Russky Veter in the presidential residence

Turkish Güriş Holding, specializing in the construction of energy facilities and having assets of $3.5 billion, following Finnish Fortum, is ready to fight for the energy of Tatarsatn wind. Its shareholders are the sons of the founder of energy empire of İdris Yamantürk.

In tandem with the company Russky Veter, it intends to participate in the competitive selection of wind power projects, which will be announced next year. As CEO of the company Russky Veter Evgeny Nikolaev said to Realnoe Vremya, the application will be filed on behalf of Wind Farms of the Volga Region PLC, registered in Kazan in February of this year.

''The society is 100 percent owned by us for now, but now the founders composition is changing. We are attracting investments for the future project,'' he said. According to him, the company will apply for the selection of 100 MW with the expected supply time of energy in 2019-2020. The forecast investment amount — 11-12 billion rubles.

The meeting in Turkish İzmir

The main investor will be Guris Construction and Engineering CO. INC. The agreement on this was reached at the meeting with the president of Tatarstan in July this year, and at the recent İzmir Fair in Turkey the partners concretized the obligations. ''The Turkish investors will enter the capital of the company after we perform one important condition that they set in İzmir. Now we are implementing it,'' explained Nikolaev. Responsibilities in tandem are distributed as follows: Russky Veter carries out development, preparing the project, passess to Guris, and it implements it. The major federal bank is ready to give money for the project. But the Turkish investor has own funds, since its revenues is $700 million.

One of the conditions of getting the capacity supply agreement in renewable energy is the obligation on localization of generating equipment in Russia, with a depth of 65% by 2019. According to Evgeny Nikolaev, they are now negotiating with two foreign producers of wind turbines so that at the end of the year the Turks were able to conclude a license contract. The construction boom of ''green generation'' has come to Russia only recently. It is connected solely with the fact that the government has included renewable energy sources in the programme of capacity supply agreement, despite the objections of traditional generators. However, global players of the Russian electricity market entered the market of renewable energy only recently. In 2015, Finnish Fortum ''showed up'' with 35 MW, in 2016 in the competition selection Rosatom received 610 MW of capacity, and in June of this year the alliance of Rosnano and Fortum received 1,4 GW, and Rosatom — 280 MW. The first winner of the agreement for RES became ComplexIndustry, which received capacity of 90 MW in 2013, then in 2014 ALTEN PLC received 51 MW, but they still have not started the construction of wind farms. Last year, the state corporation Rosatom focused on the construction of wind farms in the Krasnodar Krai, not even looking at the Volga region. And only Rosnano and Fortum, allocating out of 1GW of power 100 MW to Tatarstan, so to say, have opened for the region a window into the world of renewable energy.

Mild climate as a hindrance

The main difficulty for generators is the right choice of location. Especially in Tatarstan, which has no high potential of wind energy. ''Tatarstan is a region of the Russian Federation with not the highest wind energy potential based on the data of NASA of the US and the Hydrometeorological center of the Russian Federation. Usually wind farms are put in places where the average wind speed at the hub height of the rotor of the wind turbine exceeds 6,5 -7 m/s to obtain high utilization of installed capacity — 35% and above. But in Tatarstan such stations are estimated to generate only about 25% of this power,'' said Georgy Yermolenko.

Due to the climatic peculiarities of the Republic of Tatarstan, the selection of wind sites may take a long time, if not previously conducted research. So, the power generation cannot be expected earlier than in 2021.

Why in Ulyanovsk Oblast is it planned 236 MW? ''In this region, Fortum carried out a complex of works on construction of Simbirsk WPS 35 MW, established links and elaborated with the regional services all complex issues,'' explained the head of the center for renewable energy at HSE. The wind monitoring takes most of the time. Photo: wind-pgc.com

It will be possible for the Turkish company to overtake Fortum in Tatarstan only if they get a capacity supply agreement. The experts are sceptical about the prospect of opening wind farms, which will operate on terms in the retail market. ''The only investment mechanism for the development of renewable energy sources is the power delivery contract,'' says Georgy Yermolenko. ''It guarantees the investor a return on capital and operating costs for the entire period of operation. Next year it will be the next competition for selection of renewable energy projects.''

In order to participate in the selection one needs to have a minimum financial guarantee of 5% of the project cost, i.e. 100 MW will require $4 million, the equity at 20% of the project cost and the need to attract borrowed capital. While Fortum has its own enormous capital and experience, for they are all familiar, but Russky Veter will have to solve all these problems for the first time. In short, if Fortum occupies the best site in Tatarstan, for Evgeny Nikolaev it will be difficult to compete with international generating company.''

Now the implementation of the project depends on Tatenergo, or on Grid Company. Are they ready to accept 200 MW and manage the wind generation?

''In my opinion they do not understand how to work with large flows of variable generation. After all, it is necessary to create appropriate infrastructure. If to do right, it is necessary to go to Germany to study the experience and software that helps keep the balance of the system. The idea is that they should already be doing this,'' says a source from the industry.