Fashion à la Tatar: traditions and modernity in the Era of Consumption. Part 1

Today we can see that many men wear tyubeteykas embroidered in Tatar ornament and women put on European suits but with national details in cities of Tatarstan and Bashkortostan. The Tatar ornamental culture seems to 'have woken up' and expressed itself in these forms. A Kazan ethnographer Dina Gatina-Shafikova tells in her column in Realnoe Vremya how the national culture and religion become a part of the appearance of modern Tatar people again.

Speaking about a traditional costume, costumes of the beginning of the 20 th century or that slightly refer to the first thirty years of the century come to mind. Because of globalisation and urbanisation, national clothes lost their importance and gave their place to simpler clothes. Consequently, both urban and rural people could wear it. It is a period when cultural peculiarities faded away in a whirl of events.

However, as an occurrence, fashion not only remains but also gains more strength. Meanwhile, particularly the identity of separate peoples conquer the former importance. New trends came into the fashion world of woman's dress and man's suit every ten years of the 20 th century. Designers and couturiers who almost formed tastes of entire generations appeared. Sometimes thanks to their works, which were inspired by different cultures, almost all people were keen on Asian, Slavic and then African motives. Today we can note thankfully the 21st century has gifted a diversity of styles, an opportunity to combine and choose more suitable things, in spite of the global fashion industry.

So what are the clothes of modern Tatars like in our reality? Is there any national feature that is a characteristic of our people and reflected in its appearance left? First of all, we should take into account that clothes are divided into casual, festive and theatrical costumes, which can not be omitted because it is an illustrative example of a national culture. What is more, speaking about the trends of the modern Tatar fashion, we should pay attention to the following aspect: Muslim and national Tatar stylistic tendencies especially seen in women's clothes. 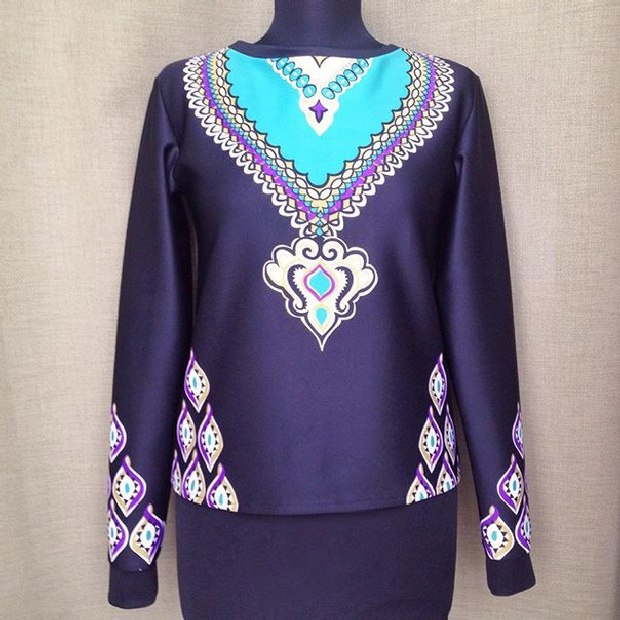 As for the men's casual suit, we cannot omit the words of ethnographer Suslova S.V that, in general, men's clothes are exposed to 'internationalisation' and 'consolidation' in single units. There were few local peculiarities in the clothes of the Tatars in the middle and especially by the end of 19 th century and beginning of the 20th century. Details were the main differences. Nowadays the bulk of the masculine population doesn't use markers of their national identity. They use generally accepted norms of clothing in the modern society. Only a part of the older generation wears a tubetey on a permanent basis.

There is another group of people. They are practising Muslims who adopted Islam as a way of life. Consequently, the clothes they wear are likely to have Muslim (often Arabic) roots. Their suit usually consists of a hat, relaxed fit shirts (till their knees or a bit lower) whose cuffs and collar sometimes have an embroidery; there is also a cut in the middle and long sleeves. Trousers are made of a one-colour dark material; their fit is wide, sometimes they are shortened. These clothes are a characteristic of a small group of people. The majority of men who go to mosque wears only a tubetey.

The clothes that Muslim clerics wear are more conservative. For instance, even today imams wear a chapan over their interior clothes and a chalma (hat). One also can note than representatives of spirituality wear a kazakin (a long-sleeve outdoor coat with small stand-up collars, with or without fold) instead of a blazer.

In general, festive clothes used in especial occasions don't differ much from global tendencies. A hat, which is a dominant feature in men's suit, is the only exception. It unmistakably identifies its owner as a Tatar. However, we can note the young who is interested its roots is inclined to wear such blazers that look like kazakin. So, we are witnessing the formation of a new trend that can be used every day as time goes by. For example, at the beginning of the 20 th century, a kazakin made of mill-finished fabric in a combination with trousers of the European fit was supposed to be the clothes of the Tatar intelligentsia. 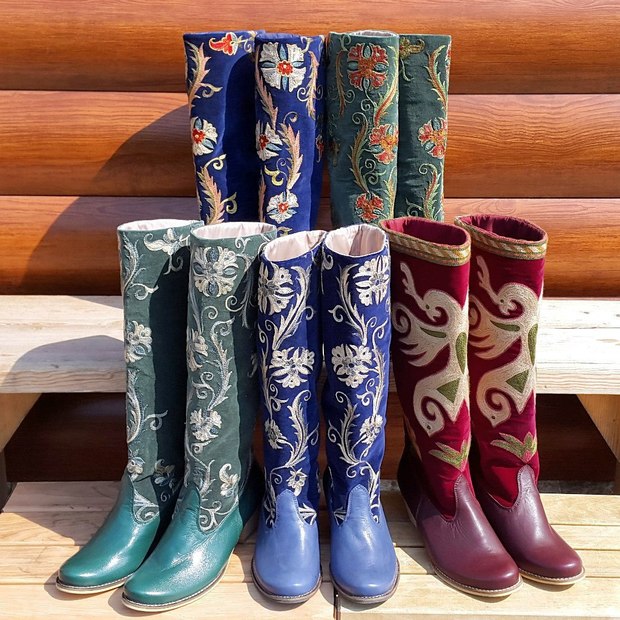 There are more and more girls, women and grandmothers in the secular society who daily use ichigis (leather boots with a Tatar ornament)

Clothes play a more important role in the feminine environment. As a consequence, women pay more attention to nuances than men. Today it is possible to say fashion for national motives is going through a sort of renascence. There are more and more girls, women and grandmothers in the secular society who daily use ichigis (leather boots with a Tatar ornament) or leather flat shoes, don't forget about such a detail as a bag adorned with a mosaic pattern. Generally speaking, leather goods are very popular. Having paid your attention to souvenir shops, you can see such goods are located in the best places, in the centre of shop windows. But we should take into account they are high-class products because they are handmade. Leather price makes this good unique and rare. It is what influences the final price. This is why these goods won't be widely spread because the mass market with more reasonable prices is preferable now.

Using adornments according to national motives as a decorative accent in everyday clothes (sweatshirts, dresses, skirts…) became popular among modern Tatar designers. New trading areas are appearing. Clothes are sold not only in ateliers but also via the Internet. So, young, creative artists and couturiers practically propagate a new 'Tatar style' that combines global tendencies in simple and comfortable clothes made of quality materials with a national zest.

Small hats became a new trend. They can be put on as a finishing touch or an independent element.

We cannot forget about famous camisole. It is men's outdoor coat tightened in the waist. If sometimes only old women or artists on the stage could put it on, today many people wear it with pleasure both in winter and summer changing the material only. 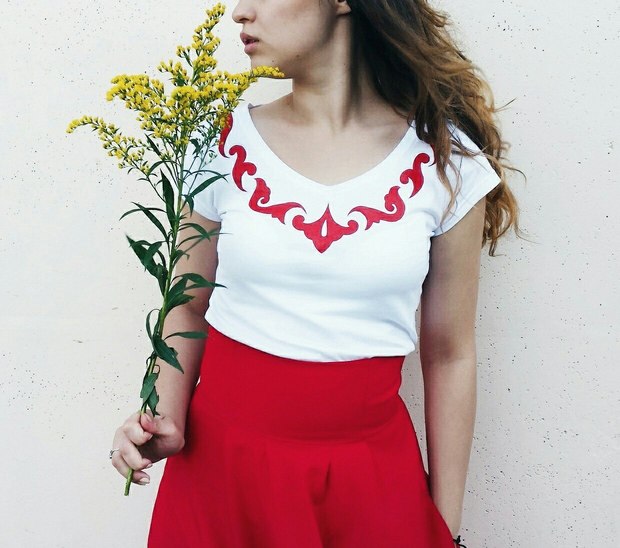 Accessories are also an important detail that complete a look. Only metal was used to be utilised earlier. Silver or gold was more preferable, so it is what influenced the price. Consequently, the consumption market reduced. Thanks to cheap materials like natural (semiprecious stones, wood) and synthetic (polymer clay, plastic, etc.), more and more girls wear earrings, rings, bracelets where traditional Tatar flower motives are used as a dominating form or adornment.

Using details and elements of a costume is spread not only among the people who are interested in their roots but also fans of ethnic fashion. In addition, TV presenters of regional channels of Tatarstan became active users and a sort of models who advertise these clothes. So, we can say our Tatar fashion lovers become the guides who represent an adapted version of the Tatar culture for a modern consumer.