Piano player and composer Ivan Bessonov performed on the stage of the G. Tukay Tatar State Philharmonic on Saturday. He was just 16 years when he won Eurovision Young Musicians. It is noteworthy that he became the first Russian winner of this music contest. His fate has dramatically changed since then. Not that he began to be recognised in the street — it is a very rare thing for a classic musician. He started to go on tours and perform with Russian stars — Vladimir Spivakov, Valery Gergiyev, Denis Matsuyev. Alongside his virtuoso performance on the piano, he writes music, including for cinema. During his second trip to Kazan, besides a classic repertory, Ivan presented his variation to the soundtrack of The Irony of Fate film, which reminded citizens of Kazan about the upcoming holiday.

Ivan Bessonov was born in Saint Petersburg in 2002. His father Alexey Bessonov told Realnoe Vremya as soon as they had a baby (Ivan has two younger brothers), they listened to music — it has constantly accompanied them. “Not necessarily classical, it might both jazz and The Beatles, but the mandatory condition is that a child should listen to only good music from birth,” Alexey Bessonov assured.

Ivan began to seriously play the piano at 6 when he was enrolled in a preparatory class of the music school in the P. Tchaikovsky Moscow Conservatory. Apart from Professor Valery Pyasetsky, the young musician names his father — a pianist and the sound director who is now his son’s concert director — and mother who is a violinist as his main teachers. His brothers followed in his footsteps and chose a violin, so the family had its own “small orchestra”.

The young talent was noticed from the beginning. Before Eurovision, he won a Grand Prix of the Chopin Youth Piano Competition in 2015, later he became a laureate of the Rubinstein international contest Piano Miniature in Russian Music, he won Moscow’s Grand Piano Competition twice. Last year, he got BraVo international music award in Discovery of the Year.

“I rarely go to school now”

The musician is different onstage and in life. Ivan will have to pass state exams this year as well as all Russian students. However, he admitted he hardly imagined what it would be like — he rarely appears in school either because of the pandemic or frequent tours. But he recognises that teachers meet him halfway. Does he consider himself a start and how did his life change after Eurovision?

“It was a long time ago!” the young man admits. “Many things have happened since then. The popularity doesn’t bother me, it rather helps. Though I have to prove every time I didn’t receive all the titles accidentally. Now life became more nomadic. For instance, last year I came to Kazan during my tour in eight Urals and Volga cities.”

The popularity doesn’t bother me, it rather helps. Though I have to prove every time I didn’t receive all the titles accidentally

The kind and open musician becomes absent, tense and even harsh on the stage. Clearly, he has to prepare for the concert, this is why he needs some silence and loneliness. Even an experienced artist won’t handle such tension. In the morning on the concert day, Ivan arrived in Kazan with his father, 20 minutes later they were in the Philharmonic and were answering journalists’ questions. Half an hour later, people were asked to leave the hall, the musician sat at the piano to psych up and get ready for the hall. Only after that, he let himself have a rest before the concert. During the performance, the hall was dimly light, the administration of the Philharmonic insistently asked professional photographers to take photos in silence and all listeners not to make noise and walk during the performance. It is normal requirements for educated people.

“People learn music all their life”

Undoubtedly, it is hard to fill the concert hall today. The spectator mainly listens to pop music, chooses jazz less often and a few do classical music. Alexey Bessonov, by the way, noted such a peculiarity — in Germany, grey-haired people go to classic concerts, 95% are aged. People learn music all their life. If child songs are chosen at the beginning of a music career, then there is interest in jazz and rock when you are young, something more serious is necessary in maturity. By the way, Bessonov Sr Noticed that only Germany has saved the tradition of going to classical music concerts with sheets. Reading the notes of what’s performed onstage was once the norm in Russia too...

Ivan manages to fill empty halls. Mainly thanks to his talent, but it is also a matter of luck — an artist can’t do without it. Let’s add joint projects with great musicians here, for instance, with Denis Matsuyev. Ivan, like many young gifts of Russia, is deeply grateful to him for opening new opportunities and the joy of sharing the same stage with such a top musician.

After the Kazan concert, the musician went home to Moscow to prepare for performances in the capital, Saint Petersburg, Klin in P. Tchaikovsky’s museum house. The family celebrates New Year together, but everybody goes to bed at the usual time. The case is that Ivan now traditionally plays a solo concert in the Petersburg conservatory’s big hall on 1 January evening. 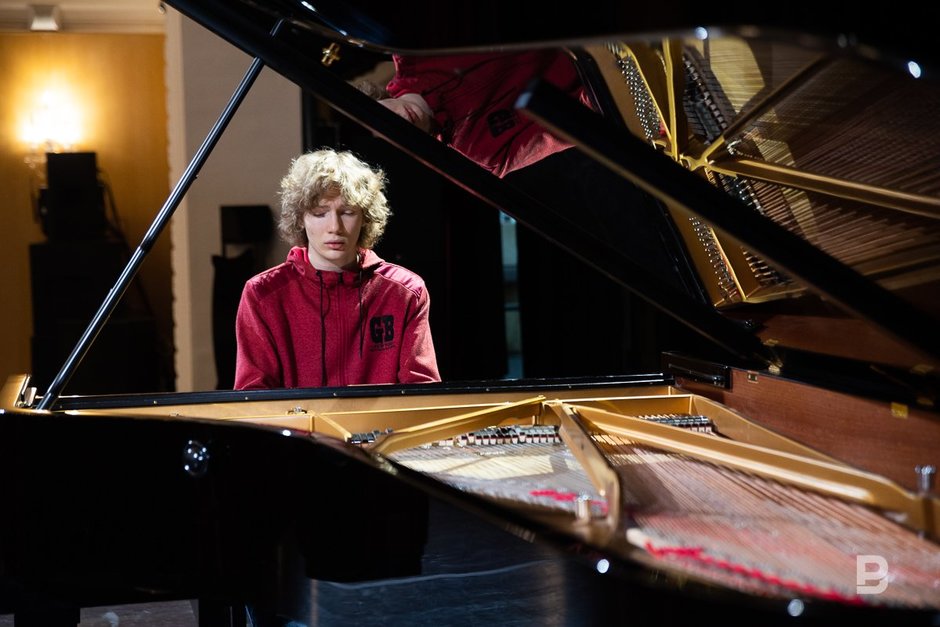