Pyotr Schedrovitsky: “In fact, if there is anyone exploiting, whole society exploits the entrepreneur”

A Russian methodologist, Kiriyenko’s ex-adviser and member of The Immortals Group on industrial revolutions and key history lessons

Famous Russian methodologist, campaign manager, philosopher, the successor of his great father’s business who is the founder of the System-Thinking-Activity Approach Georgy Schedrovitsky Pyotr Schedrovitsky gave a lecture in Kazan. Generally speaking, these definitions say little, especially to laymen. The meeting gathered the Tatarstan business community, professors and a number of advanced Kazan entrepreneurs. Read what listeners of Schedrovitsky Jr’s lectures look for and find (or not) is in Realnoe Vremya’s report.

Like it once happened to Georgy Schedrovitsky, the leader of the Moscow Methodological Circle, the ideologist of the whole methodological movements, Pyotr Schedrovitsky has always had big businesspeople and future avant-garde from a wide range of industries. However, he himself insists that he just teaches to think, divides the thinking algorithm into components and looks for lags learning priceless history lessons and, most importantly, teaches to ask correct questions. Pyotr Schedrovitsky is a member of The Immortals Group, ex-adviser to Kiriyenko when he was the plenipotentiary ambassador to Volga Federal Okrug, Rosatom board member, which indicates the recognition of his theories and the way of thinking. We documented the meeting so that everyone could decide for themselves how topical and applicable in reality Schedrovitsky’s theories are.

From the Holocaust to the platform explosion in the Mexican Gulf. Time to go back to the understanding of processes

There were over a hundred people in the hall of Kazan Federal University’s Institute for Economics and Finance. No students this time, with very few exceptions. Schedrovitsky’s audience is likely those who are already able to make an impact on something outside the room. Head of Essen Production AG Leonid Baryshev had taken the floor before the speaker appeared on the floor:

“We all remember the 90s, everyone was then an entrepreneur for one simple reason: if a cane was stuck in the ground, it bore fruit, while 90% of businesses were profitable. It was quite easy to surprise the audience by saying: “We produce mayonnaise in Yelabuga and sell even to Udmurtia”. Everyone was glad: “Oh, what a success!” Now we produce and supply it to 54 countries of the world understanding that it is no surprise any more. The incubator called Russian Economy in the 90s where the market forgave everything has grown up.

Today we will be thinking about the role of entrepreneur, not from a perspective of “I have invested money and want to get something” any more but how to create new conditions for added value, which is done not only by skills and money but also innovations, advances in technologies. I think those who want to make a breakthrough in the next decade should very careful about it. This is why I am here, this is why I will also be listening to this lecture,” the industrialist concluded having given the microphone to Pyotr Schedrovitsky.

“There is a very famous point, the older generation remembers it well, it’s one of Theses on Feuerbach. It suggested that previous philosophers only explained the world, while our task is to change it. We had been so actively changing the environment and changed ourselves because of these problems in the last more than hundred years — from the Holocaust to the platform explosion in the Mexican Gulf — that it would be good to stop and go back to the understanding of processes that are taking place. All I will be talking about is a result of some research programme I have been doing for as long as I can remember. I will try to tell you about some results,” the speaker began.

“In Russia, workforce productivity falls at least 1,5 times behind the European level”

Schedrovitsky remembered a discussion that broke out in the early USSR: industrialisation methods were the key issue then — to provide the country’s participation in the global industrial race, which became obvious by the mid-1920s. Leo Trotsky clearly formulated the metrics of any industrialisation projects. “If you managed to improve workforce productivity more than your rivals did, the system you created is competitive. If you lose in productivity, you are doomed,” the lector paraphrased the revolutionary.

The methodologist demonstrated the hall slides with statistics of his own research. According to Schedrovitsky’s conclusions, workforce productivity in the country that won socialism at the peak of its economy's development (in 1975) like it’s today in Russia reached only half of the USA’s indicators, that’s to say, just 55%. Today the country is in a by far more complicated situation, the speaker claimed and proved it with calculations according to which the leader of the second industrial revolution the USA has gone too ahead, while Russia with Europeans now have the same ratio Russia had with Americans in 1975.

“In Russia, workforce productivity in big and medium enterprises falls at least 1,5 times the European level. We can calculate in different ways, but we must understand that every industrial revolution brings to explosive growth of workforce productivity,” Schedrovitsky stressed and added that precisely understanding and realisation of this can provide life to the economy and the enterprises working there.”

“I read Adam Smith as a high school student. It is written in the first chapter that division of labour is the only source of nations’ wealth. Then I didn’t understand and couldn’t understand it for long later until I came to work to Rosatom and we began creating a system of mass construction of nuclear power plants. Then I understood that technological division of labour was the source of added value. If the formula of division of labour was incorrect, added value was low. There might be a feeling that it is very simple, it’s written in Adam Smith’s first chapter. The problem is that it became clear as early as the 1920s that it was a multilayered system,” the methodologist stated.

Schedrovitsky reminded the listeners of Max Weber’s three labour division levels: technological division of labour — distribution of functions or types of jobs among separate workers, economic division of labour when separate independent enterprises with their economy and profitability cooperate and produce something and, finally, social division — a system of statuses and roles based on distribution of duties.

“Economic division of labour doesn’t coincide with the technological one. You can think that if we need tyres, we should create a tyre factory. It was thought so in the Soviet Union, and nothing worked out. The factory must produce something else,” Schedrovitsky explained. “Innovations in the last 15-20 years have resembled the anecdote ‘I guessed all letters but didn't guess the word’. We have all the element base of the innovative process: business incubators, venture funds and so on. But the innovative process doesn’t go on, as not technological division of labour but the economic and social ones are the barrier. And there is a knot there that’s hard to untangle.”

“The entrepreneur is responsible for building a new labour division system”

“What position wins and makes its type of income because the labour division system became more productive? It is the source. A technological entrepreneur is a strange character that earns not from trade, not from taking something away from somebody or goes to a big boss and says about something. He earns only thanks to higher workforce productivity: if workforce productivity went up, he honestly gets a part of added value as entrepreneurial profit”. Moreover, according to Schedrovitsky’s theory, the entrepreneur is responsible for building a new labour division system, which means it includes higher productivity. The entrepreneur is also the one who accepts the risks of the creation of this new system freeing society from them.

“The entrepreneur is the one who takes on the risks for creating a new labour division labour, which will increase his profit in the future. But, of course, nobody guarantees it. In fact, if there is anyone exploiting, whole society exploits the entrepreneur because the person who came to get his salary receives it without depending on whether he will create this new product that will make the entrepreneur a profit or not. The capitalist grants a credit hoping to receive interest or investment profit because he himself doesn’t know what to do. And the state takes a part of added value from him to solve social issues,” Schedrovitsky gave a reason.

“Now we again have to make a choice. And we will make it with you somehow next year”

The methodologist dedicated the final part of the speech to the fourth industrial revolution. According to Schedrovitsky’s theories, the world economy is at the moment on the brink of the fourth cycle of disruptive development, cycles have been taking place periodically every 150 years since 1550. Digitalisation, creation of materials with manageable features and smart management systems are the technological core of the new wave.

The speaker expressed his confidence that the flagship countries of the future changeover of all social institutions haven’t so far become known, which, in turn, creates motivation. Careful analysis of history lessons and consideration of mistakes the country might be paying for in the next century can become the key factor of success.

“The main question is: will we again try to implement the chasing industrialisation with an administrative method or won’t we anyway make these mistakes again and try to join it as entrepreneurs? Russia was on this path in the last quarter of the 19 — early 20th century. I think there was a chance to choose the path of entrepreneurship. But it didn’t happen due to cataclysms, first of all, the involvement in World War I, while a war rather pushes to choosing the administrative way. Then, as you know, execution for entrepreneurship was carried out for 70 years. Now we again have to make a choice. And we will make it with you somehow next year,” Pyotr Schedrovitsky concluded. 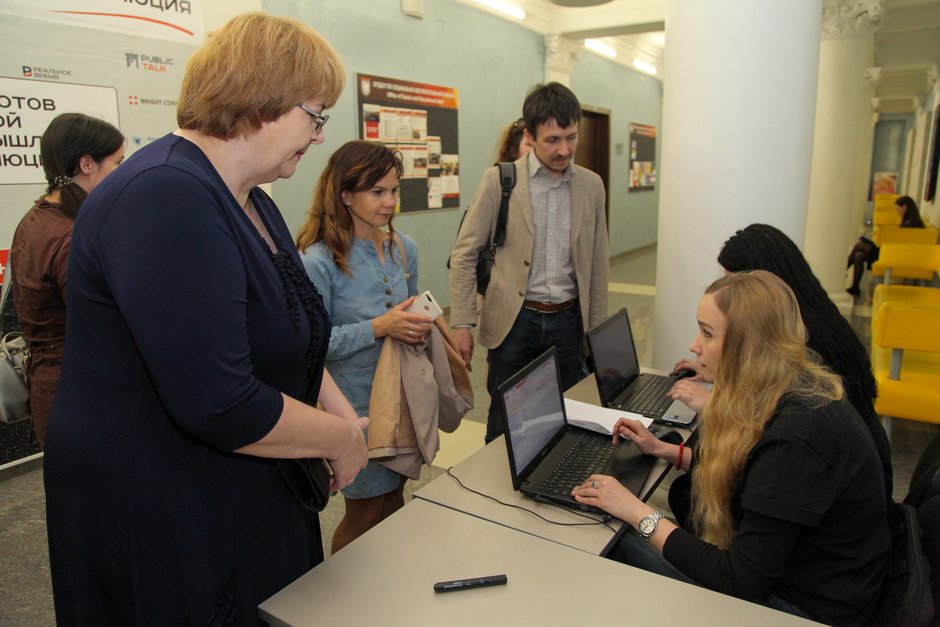 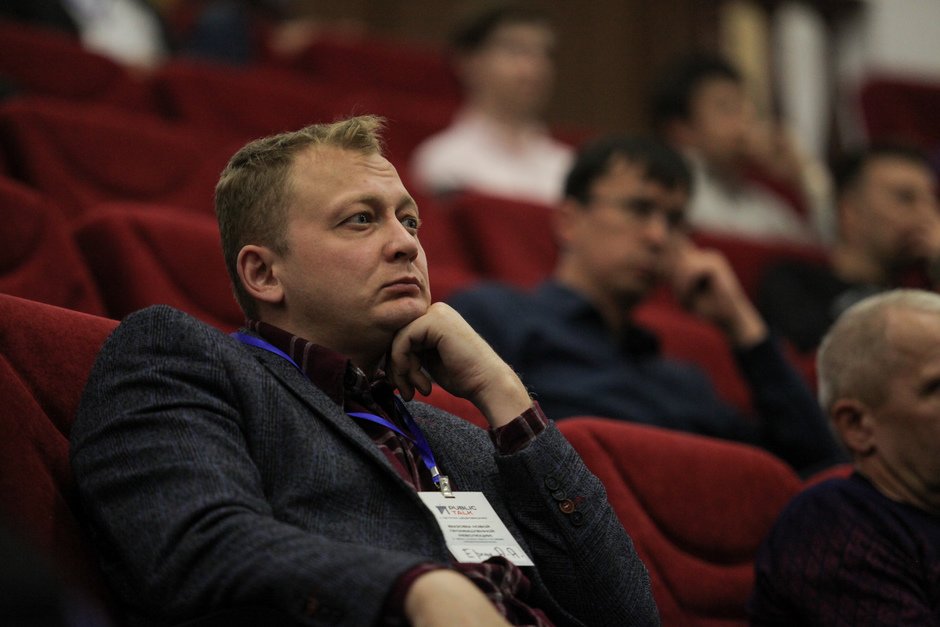