In a relatively short period, we learned from officials of the regional level that ''the state did not ask to give birth'' (if we are talking about the problems of youth), that ''pasta always cost the same'' (about the subsistence minimum), that the inhabitants of khrushchyovkas are ''slaughterhouse'' (about the housing renovation programme), and recently also that only ''drunks and parasites'' get the pension of 8,000 rubles and teachers ''have a small salary because they work little''. Former State Duma Deputy, businessman Vladimir Semago suggests that such bloopers can be born because of conflicts in power circles or even as part of a measured campaign to discredit officials. About incorrect statements of officials and how the ''law on insulting the government'' is going to work — read in the interview with political activist and businessman Vladimir Semago to Realnoe Vremya.

''Perhaps, it is a measured campaign to discredit officials''

Mr. Semago, almost every month we hear not very pleasant statements of officials, civil servants, and now also deputies of regional level, towards ordinary citizens. As you also was a deputy, a question for you — is it a trend? What is happening? Do officials have less money and they are annoyed, as suggested by journalist Radzikhovsky? Or through using such stories the media ostensibly diverts public discontent from the president, whose rating has become low?

There are some circumstances that will reformat the space for this kind of things. First, it is the dissatisfaction of citizens with the government — we see a decrease in trust in the president, there are difficulties with positive perception of the government, and this dissatisfaction is growing. Against this background, there will inevitably be an impulse and desire among people (including the media and bloggers) to publish such speeches on the Internet. The Internet gives the media a boost, it allows to let off steam, dismiss officials, and perhaps, it is a measured campaign to discredit the officials of not very high level. Second, such statements may appear because of some conflicts in government circles for one reason or another (there is a conflict between Volodin and Oreshkin).

But I think, it is would be wrong to say that there was just some wave of disrespectful statements. We all perfectly know what attitude the structures of power have towards the population: power is always built on personal loyalty to chiefs, but none of the officials is afraid of some responsibility to the population, the elected bodies. If the official behaves well in relation to the chief, then in the rest he can allow himself what he does not need to think about. Moreover, this personal loyalty leads a lot of stupid people in the structure of power, people who are narrow-minded, people who have what the heart thinks the tongue speaks, and these professional rulers (or rather, professional bureaucrats), it turns out, make a lot of moral mistakes, and there is nothing we can do.

So it is nonsense to talk about some trend or any serious meaning, that is, a deterioration of relations between the people and the government: the complicated relations of the people and the authorities always exited, at all times: rudeness, conceit, and arrogance the chiefs had in the Soviet Union as well, and now, because senior officials never were educated for this. It was believed that if you do business as a boss — perform the plan, then it is okay! But whether you were good or bad for your subordinates, rude or not, whether you read books or not, whether you like to listen to symphonic music or not — nobody cared at the higher level. 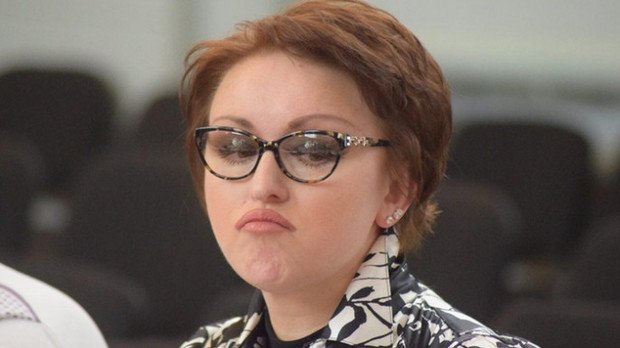 ''We all perfectly know what attitude the structures of power have towards the population: power is always built on personal loyalty to chiefs, and none of the officials are afraid of some responsibility to the population, to the elected bodies.'' Photo: zavtra.ru

But now we have the Internet, and the this whole phenomenon with statements was high-profile and hotly debated in the Network. It is unlikely that the authorities want more such statements in a difficult economic time.

Of course, the Network is an important factor, so the Internet authorities are trying to curb, to make it incapable of any outbursts. They believe that the Internet can bring the situation out of control, and the government does not want it. Moreover, attempts of our parliament to forbid to critisize the power and, as they say, to offend the power prove it. It is bad to insult the power, but to forbid to criticize the power – that's too much because people can really dislike the government, and we know that in many places — on the bench, in kitchen, in a pub — people speak about the power using not really pleasant expressions because many people are driven to despair by a standard of living.

Therefore, when they say that it is necessary to protect the government and make some special laws to protect it from criticism on the Internet — it is silly. The authorities need to think about other things, that the people — this is the power in our country, and insulting the people by their behaviour, statements, laws, tricks in the tax sphere — this is a real insult to the government. This is on what it is necessary to focus the attention of our politicians and political experts — that they thinking about wrong things, it should concern not statements of ordinary people (sometimes driven to despair) in the Network, but that the behaviour of the authorities towards citizens is offensive because very often they do not consider citizens to be people.

It is also important to take into account that discontent is brewing among the electorate of the president, and this is a great tragedy! The opposition can be stopped – there is National Guard of Russia for this, the FSB and the ministry of internal affairs, and a pitiful handful of rebels can always be stopped, but they cannot stop citizens — it's pensioners, young people and women. Otherwise, the controllability of the electorate is minimal: it can be fooled, but it cannot be controlled in this way. They can shut down some resource such as the website Drugaya Rossiya, but it is difficult to do with people. 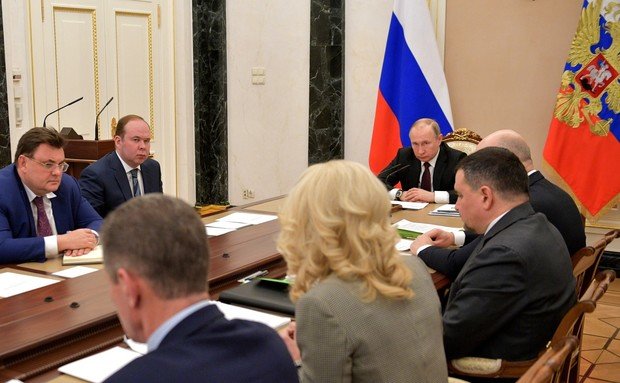 ''How can Putin correct all officials? By telling them, 'Guys, stop acting like this!'?'' Photo: kremlin.ru

Can a federal official make a rude statement about citizens? Or are there some rules?

The federal government does not give speeches by chance — it has no uncontrolled speeches: federal officials speak either at a meeting of the government, or at the board meetings of departments, or in the State Council, and even then from a piece of paper. Well, Medinsky says something stupid, but no more — well, they are not Skobeeva (host of '60 minutes' programme on Rossiya TV channel — editor's note), who may blurt out many things, but no one is in control because she's on the air every day.

Mostly it is young regional bureaucratic growth who will speak disrespectfully — those who go to expensive resorts and who have jewels and wealthy girlfriends. Such people see in the face of ordinary people some kind of trash that demands, hence there is their anger: ''We have the power, but who are you? Quitters! Bums! Here is your pension of 8,000 rubles!'' 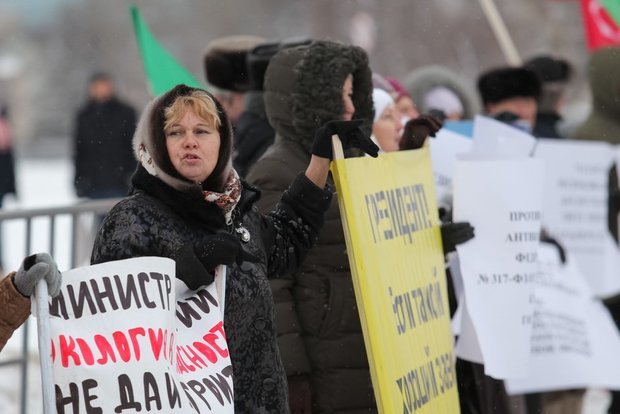 ''In the coming years, I think, there will be not as much as the rating of the government's falling, but rather a vector divergence — the government will separate itself from the people, and the people will continue to turn away from the government.'' Photo: Rinat Nazmetdinov

''If they raise your pension twofold, you will kiss the power in all places''

Can one say that the law on disrespect for the government is the result of the reaction of even active only on the Internet, but still citizens of the country to these unpleasant to society bloopers of officials? Or is it more connected with the extremely negative and uneasy reaction of citizens to the summer decision of the authorities on the pension reform?

Of course, people's opinions about the government on the Internet sometimes overstep the mark. I am also critical of many decisions of the Russian authorities, but with the system that exists, I still respect the choice of people. If, for example, the president of the country was elected by many people, it means that the country needs this president, and I have no right to treat their choice disrespectfully therefore billingsgate language is not my style. But online we see abusive words towards the authorities, and this should be fought! But it is necessary to fight not politically, but economically to reduce this degree of discontent.

Putin in his address offered a number of social measures to support families with children, pensioners. Can it help?

Are you talking about an increase of 300 rubles? I doubt it. Now, if you have a pension 16,000 rubles, and soon it is going to be 32,000, then you will be kissed in all places! But when you have a pension of 7,000 rubles, and you give only one hundred rubles on top, who will thank? This is a mockery, an insult, and this is akin to those cases when pensioners sent an increase to the pension to the Kremlin.

Remove the economic component, and everything will be different — the social discontent and desire of people to swear at the power will decrease at times. Difficult? Yes, the economy is always difficult, that's why you get censorship, citizens. But this is some kind of degradation: now they want to make in the face of the prosecutor's office a ''National Guard of Russia on the Internet'' — and? Most likely, people will express their attitude to the government more in the streets, but on the Internet they will look for other options how to express this attitude. ''Remove the economic component, and everything will be different — the social discontent and desire of people to swear at the power will decrease at times. Difficult? Yes, the economy is always difficult, that's why you get censorship, citizens.'' Photo: duma.gov.ru

Although the Presidential Council for Civil Society and Human Rights asked members of the Federation Council not to adopt the law on disrespect for the goverment, it is unlikely that this will happen. What is your forecast on how the situation with this law will develop in the coming year?

In my opinion, disrespect for power is akin to disrespect for a person. Why criticise some authority, especially hinting at some physiological or mental handicaps? Yes, you have such a personal belief, but it is not necessary to throw it out in public, for everyone to see — it is necessary to show culture and politeness in communication.

You know, I am afraid that in 2019 we will feel an even greater deterioration of the economy; the government can no longer keep inflation, the birth rate is falling, so the criticism of the authorities will not decrease. It can be transformed into other forms, but God forbid it will be transformed into open indignation of that electorate, which supported and elected the present power.