Imports of palm oil to Russia grew by 19% last year. And this happened despite Russian authorities' sharp politics who are ready to ban its use in the food industry (from pastry to butter) in the short run have been setting stricter requirements to packaging and merchandising since 2018. In early 2019, the WHO landed a blow on palm oil that compared it with alcohol and tobacco lobby and claimed growing mortality from heart diseases due to a rise in this product's consumption. The oil has been banned in Europe since last year, as a result, European palm oil importers sent the commodity, which has become prohibited for him, to Russian warehouses. Producers in our country will unlikely voluntarily refuse to use it, first of all, in confectionery, as it reduces prime cost by almost a third.

Imports of palm oil to Russia grew by almost 19%

After the Russian State Statistics Service published data in late January that Russia considerably increased imports of palm oil and its fractions in November 2018 – growth totalled 84,5% compared to November 2017 – some mass media raised the alarm. But the volume of imports to the country changed by ''just'' 24,1% for 11 months in comparison with the same period in 2017 and made up 946,000 tonnes. While according to Realnoe Vremya's analytic staff's data, the volume of palm oil imports exceeded 1m tonnes in 2018.

The Federal Customs Service (FCS) confirmed these data on 6 February 2019 having provided a selection of imports of the most important commodities in January-December 2018: 1,059.7 tonnes of palm oil for $748,4m was supplied to Russia during the year. Palm oil occupies the 16 th place in the volume of imported commodities, giving way only to apples (1,1m tonnes), bananas (1,5m tonnes), citrus fruit (1,6m tonnes) and soybeans (2,2m tonnes) among foodstuffs. So indeed, imports of palm oil considerably rose in 2018, and not ''almost twice'' but by 18,8%. It has been growing by nearly 6-7% a year since 2015.

Ministry of agriculture is ready to prohibit using palm oil

Notable growth was in the first half of 2018 already when 20% of palm oil more was imported – 550,000 tonnes (second in import volume). These data concerned authorities: the Russian Ministry of Agriculture offered to prohibit from using vegetable fats in all kinds of dairy products several months to their publication, moreover, palm oil is one of the most used fats in dairy production.

A label indicating the content of palm oil among ingredients was to appear in milk products since the middle of 2018. However, some producers can bypass the requirements, as it's up to them to mention palm oil. According to amendments to the technical regulation on safety of milk products, producers are obliged to indicate only information about the substitution of milk fat for vegetable fat on the packaging.

However, the requirements will tighten from the middle of 2019: natural milk products and products with vegetable fats must be located on different shelves in the shop.

WHO compared palm oil producers with alcohol and tobacco lobby

Part of experts suppose palm oil import volumes grew because of the restriction on content of trans fats in foodstuffs – the regulation recommended by the WHO as of 2018 came into force in January 2019, including on the territory of the European Union and the USA: trans fats have been admitted harmful to health, but previously they had been used to make butter notably cheapening it for industrial baking.

Palm oil is three times cheaper than milk fat. According to the Russian Union of Oils and Fats, 30% of this feedstock in Russia is used in pastry and sugar products, 15% of palm oil is used in baking, only 13% in milk containing products and 3% in margarine. In other words, a consumer is highly likely to buy a pastry at some stage of whose production palm oil was used, rather than pseudo-butter, which is 30-70% cheaper (buyers, in fact, learnt to differentiate the original from the fake according to this characteristic). 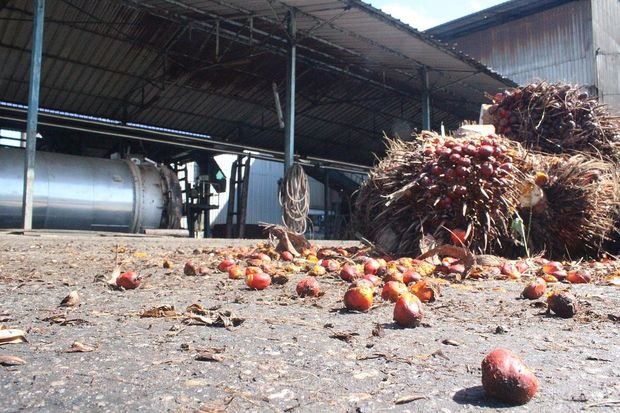 It's been said officially that the consumption of palm oil leads to obesity and develops chronic diseases on a global scale and its production does irreparable damage to nature. Photo: African Hope (wikimedia.org)

This is why the report of the World Health Organization published in early 2018 should be kept in mind when going shopping: it's been said officially for the first time that the consumption of palm oil leads to obesity and develops chronic diseases on a global scale and its production does irreparable damage to nature. The WHO compared the industry making and selling palm oil itself with tobacco and alcohol products (including talking about attempts of ''palm lobbyists'' to prove the product does no harm).

WHO doctors indicate the connection between higher consumption of palm oil in 23 countries of the world and higher mortality level from ischemia.

The fourfold growth of production and consumption of palm oil for 12 years since 2003 is explained by the connection of the palm industry with ready-to-eat products and semi-finished products whose lobbyists defend the mention of an alternative name ''fats of vegetable origin'' among ingredients. Now the palm oil market is evaluated at $60bn a year, two countries – Malaysia and Indonesia – account for 85% of it.

It goes without saying that the biggest volume of palm oil arrives in the Russian Federation's regions with developed agricultural and food industry: half of the imports go to Krasnodar Krai (570,000 tonnes), 159,800 tonnes in 2018 were purchased by Saratov producers, 96,100 tonnes by Tula. Only Samara Oblast (277,000 tonnes), and which is interesting, Tatarstan too, purchase palm oil among Volga Federal Okrug regions. Moreover, Tatarstan manufacturers bought palm oil for the first time since 2015 (then 474,500 tonnes were supplied to the region). But the number last year wasn't big: just 81 tonnes of palm oil for $84,400 was supplied. In monetary terms, the biggest volumes analogously went to Krasnodar Krai ($362,8m), Saratov Oblast ($121,1m) and Tula Oblast ($67,6m).