Phoney resident: debts grow instead of projects in Innopolis

The Tatarstan Ministry of Informatisation and Communications is bringing an action against Innopolis residents – Govermedia Incorporated and Dom Bobra – because they violate an agreement on technology development activities in the special economic zone and is claiming millions of fines to the Tatarstan budget. The Tatarstan Court of Arbitration has already satisfied an analogous claim against CI Connect PLC. The firms on which hopes were pinned in the SEZ didn't show results. Realnoe Vremya tells the details.

'Divorce' and a million fine

Last Thursday, the Tatarstan Ministry of Informatisation and Communications brought an action against Dom Bobra PLC, which is registered in Innopolis, in the Court of Arbitration. It had sued against Govermedia Incorporated PLC, which is registered in the same place, two days earlier. The ministry doesn't comment on the circumstances as a result of which there are complaints about the resident, neither do their call the sum of the exactions.

''The claim is about the violation of terms of the agreement on technology development activities in Innopolis SEZ by Govermedia Incorporated PLC,'' head of the ministry's press service Anna Yakovleva limited to a laconic explanation.

More detailed information is published on the official website of the Russian Court of Arbitration and in SPARK-Interfax's database. On 21 February 2018, the Tatarstan Ministry of Informatisation and Communications won the action against CI Connect. According to the court's decision, the agreement on this company's technology development activities in Innopolis Special Economic Zone terminated, and the frustrated resident must pay 1,49m rubles of fine to the budget of the Republic of Tatarstan. Last Thursday, the Tatarstan Ministry of Informatisation and Communications brought an action against Dom Bobra PLC, which is registered in Innopolis, in the Court of Arbitration. Photo: Maksim Platonov

The gist of the claims of the Ministry of Informatisation and Communications against the violators of the agreement on technology development activities in Innopolis SEZ was formulated in the court's decision on the action against CI Connect PLC. The agreement was signed on 5 September 2016. However, late in December already, Innopolis Special Economic Zone JSC initiated the ministry's check, as the resident didn't meet accepted rental obligations or, to put it simply, avoids the commissioning spaces in Innopolis on the act of acceptance, doesn't pay the rent and doesn't quarterly reports on performance. Moreover, the space it booked stays still due to which Innopolis SEZ drew a conclusion: CI Connect PLC didn't run a business on the territory of the special economic zone.

The Ministry of Informatisation and Communications warned the company about the check but in answer it received a letter confirming that the PLC hasn't had economic activities and even staff and it hasn't been using spaces since its foundation (while it was created deliberately to run business in Innopolis for the project of creation of hardware and software suites to manage projects, portfolios and investments).

The Ministry of Informatisation and Communications repeatedly offered officials existing only on paper to make peace. But CI Connect PLC wanted to terminate the agreement without paying fines and penalties presupposed in it in case of such an outcome. The Ministry of Informatisation and Communications insisted to fully meet the terms of the agreement, and the court supported the ministry.

The ''registration'' in Innopolis cost the company almost 1,5m rubles. But it will be hard to recover them: according to SPARK-Interfax's data, the firm had 18,000 rubles of authorised capital and 460,000 rubles of loan debt in 2017. 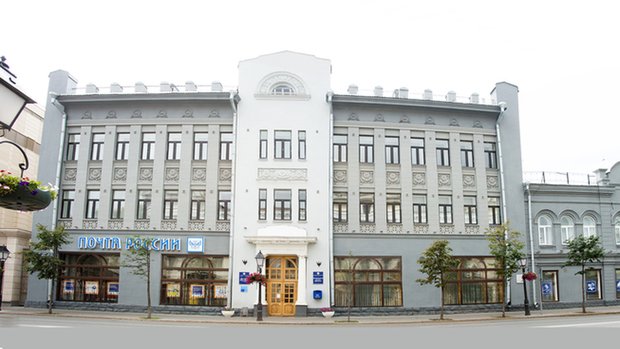 The Ministry of Informatisation and Communications warned the company about the check. But in answer to it, it received a letter confirming that the PLC hasn't had economic activities since its foundation. Photo: mic.tatarstan.ru

The price of the action of the Ministry of Informatisation and Communications against Govermedia Incorporated PLC is much higher – 14,44m rubles. And the debt appeared as a result of the same actions or, more precisely, the inactivity of the company, which presented a grandiose project to develop a platform for creating and developing small and medium-sized enterprises when ''registering'' in Innopolis.

Laying out the project, this company's employees with a 50% offshore capital emphasised that their products would be aimed to get the population of Russia involved in small and medium-sized entrepreneurship's development problems. In fact, a link to the online platform appeared on Innopolis's website (the developers deleted the page a long time ago). And there are several praising words on websites enabling workers and users of different services to leave comments whose style and language make think about PR campaign.

As SPARK-Interfax says, Govermedia Incorporated PLC ended 2016 with negative gross income (no later data available), that's to say, at a loss of almost 4,58m rubles. And signs of economic activity haven't been found in the last 12 months.

The Ministry of Informatisation and Communications brought the latest action whose value isn't known at the moment against Dom Bobra PLC. This company with an authorised capital of 12,000 rubles was registered in September 2015 to ''develop a product allowing to aggregate, find, select offers, calculate price and delivery terms, make up a rating of suppliers of construction materials on the basis of deals and users' evaluations integrated with a single partnership programme on the Internet''. This is what Innopolis's website says. But unlike Govermedia Incorporated, there wasn't found any link to the promised programme on the page of Dom Bobra. While the number of its staff nowadays is 1 person.

Realnoe Vremya's correspondent tried to give the floor to the companies' representatives who want but didn't manage to create new smart products in Innopolis to know first-hand the reasons for which they left the race. But the phone numbers indicated on Innopolis's website and in the base of SPARK-Interfax also turned out unavailable.

P. S. After publishing the article, Realnoe Vremya got a reply to its request from Innopolis. Here is the full text:

As far as we understand, the projects of CI Connect, Dom Bobra and Govermedia Incorporated weren't in enough demand. The share of IT projects that don't go up is big worldwide – it's fine for innovatory business. The volume of losses for the government in the cases you mentioned is insignificant – the companies didn't receive direct financial support, they just rented offices at a concessionary rate and enjoyed several tax benefits as residents. And according to the agreement's terms, they must pay a fine in case of termination of the agreement.

Nowadays Innopolis SEZ has other several companies it's planned to terminate the agreement on activity with because the companies didn't meet the agreement's terms. But it's an extreme measure for those residents who in fact haven't had any activity for a long time and sometimes even don't get in touch.

Any business can have difficulties, and officials of the special economic zone, the Ministry of Informatisation and Communications of Tatarstan show understanding in such cases. We support companies in all possible ways, try to improve accommodation conditions for residents in the technopark, undertake initiatives to improve the concessionary regime of the SEZ.

New projects of candidates to obtain the status of resident are going through serious selection today, an investor's solvency is also evaluated. We hope such selection will allow to reduce the number of unsuccessful cases of our residents.

Rental spaces in the Popov Technopark are already almost two-thirds full. We hope to people them with residents in 2019. This is why we want the technopark to be used as effectively as possible and liveable projects to get support.''