The Russian State Statistics Service has published data on the consumer price index in 2018: inflation in December totalled 4,3%, its indicator doubled in six months against the backdrop of the Central Bank's key rate increase, the upcoming rise in VAT, weakening ruble and negative expectations of the population in general. The reduction of real disposable incomes of Russians, nevertheless, a bit restrained prices from growing, Realnoe Vremya's interlocutors say: demand considerably reduced, people bought less even in December and on the New Year holiday than in the same period in the crisis of 2014.

The last month of 2018 was marked for considerable growth prices for certain types of goods, says the Russian State Statistics Service. For instance, chicken eggs went up in price most – the index in November 2018 totalled 115,4% and 125,9% in December 2017. The biggest growth of prices for this product in Russia was in Udmurtia – 31%, Mari El isn't far (29,5%). Fruits and vegetables became almost 9% more expensive in comparison with November.

According to the statistics service's data, the December consumer price index was 100,8%; the year-on-year result is 102,5%. Price growth in the consumer segment in December 2018 was 3,7% in Tatarstan compared to December 2017. Mari El has the highest indicator among Volga Federal District (105,4% to December 2017), the lowest is in Mordovia (103,4%). Prices increased by more than 1,2% in 10 regions of Russia last December.

The Central Bank linked the price growth, which continued in December, in its analytic research including with the weakening ruble and traditional price rise for vegetables and fruits. The population's expectations went up in June, while the Central Bank had to raise the key rate for the first time in 4 years because of faster growth of inflation than expected. Photo: wikipedia.org

In experts opinion, we shouldn't wait for considerable appreciation of goods during the year – falling incomes and last year's ''lessons'' when because of the population's negative expectations retail sales rose by just 2,8% will restrain prices. In addition, Realnoe Vremya's interlocutors are sure: the Central Bank has a wide range of tools to have an impact on inflation and it knows how to use them. The Central Bank forecasts the termination of the ''time difference'' at the level of 5-5,5%, from the second half of 2019.

Official inflation was record low in 2017 – 2,52%. The indicators were even more impressive a year later – 2,2% in February and March, 2,3% in July (with the Central Bank's target of 4%). However, already in August, inflation started uninterruptedly growing. By the way, at an August session, the Central Bank kept the key rate at the previous level, though reduced it in March and February. The population's expectations went up in June, while the Central Bank had to raise the key rate for the first time in 4 years because of faster growth of inflation than expected.

Rate was raised again in December. The level of inflation reached 4,3% by the end of the year and exceeded the forecasted 4% and doesn't intend to reduce the growth – inflation grew to 4,7% in the first two weeks of January compared to the analogous period in 2018.

''The current upsurge in inflation in Russia is linked with such factors as the rise in VAT from 18 to 20% since 1 January as well as the growth of prices for fuel and utilities. This all made inflation gradually accelerate from the spring till now,'' says leading analyst at Otkritie Broker Andrey Kochetkov.

The rise in the key rate of value added tax from 18 to 20% isn't complete – some categories of goods have a lower rate, for instance, the rate for most foodstuffs, the press, goods for kids and so on is 10%. In the Russian Ministry of Economic Development's opinion, the impact of the higher tax ''modestly'' affects the weekly price growth,'' says the ministry's report Inflation Picture. January 2019, which was printed on Monday. Senior lecturer of the Department of Finance and Banking at RANEPA Yury Tverdokhleb notes a big reduction in consumption – it turned out lower in December 2018 than in the crisis in 2014: ''I think it's precisely linked with negative expectations existing in our society today, with the VAT rise and the news coming from outside of our country.'' A big number of people working in trade didn't like the results of New Year pre-holiday sales, the interlocutor adds.

''The population's real income remains a weak link of the Russian economy. If inflation rose by 4,3% during the year, retail sales by just 2,8%, consequently, there isn't big space to raise prices,'' Kochetkov confirms. The price rise faces a reduction in consumption. ''When prices goods and services grow, the level of demand can consequently reduce. At the same time, prices will certainly rise because of the same rise in VAT and indexation of inflation,'' agrees partner of Red Bridge Capital consulting company Suren Ayrapetyan. 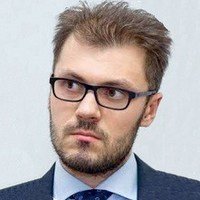 Andrey Zubarev from the Institute for Applied Economic Studies of RANEPA is sure the Central Bank will be able to take advantage of its range of tools to keep inflation at the planned level. In the expert's opinion, we shouldn't wait for considerable price growth: ''The ruble rate isn't falling now, it's fluctuating – it's fallen a bit by 3-4 rubles per dollar, it's risen somewhere, but it's only fluctuations. People understand that prices won't double at the end of the year compared to what happened. Last year's 4,3% inflation and supposed 5,5% is approximately similar numbers: nobody will notice this difference, Zubarev is convinced. ''Everyone will just notice that milk has gone up in price, and TVs – just a bit.''

Yury Tverdokhleb also counts on the Central Bank's ability to keep inflation processes. He notes that the inflation level lower than 7-8% is considered moderate and doesn't significantly influence changes in the structure of consumers' preferences. Neither does it influence the dynamics of interest rates for loans, unlike the key rate. ''If the Central Bank doesn't go on raising the key rate, loan, deposit rates will likely stabilise at the level we see now,'' Tverdokhleb specifies.

It's said in the same report of the Russian Ministry of Economic Development that the growth of volumes of unsecured consumer lending became one of the factors influencing inflation rates in the country: ''Growth paces of consumer lending we see (about 20 per cent) are unstable and they are a source of risks for the economic dynamics in the next years.'' ''The key rate can depend on inflation, but the correlation won't be direct – we saw it in late 2018 when the Bank of Russia raised the key rate by 0,25 pp as a result of inflation exceeding expectations, while banks, in turn, increased loan rates by 1% on average,'' Suren Ayrapetyan says. If inflation tends to grow in the short run, to keep it the Bank of Russia might make a decision to raise the key rate again, and then loan rates will certainly grow, he continues.

In Realnoe Vremya's interlocutor's opinion, demand for loans is quite stable and tends to grow: ''This is why linked with surplus liquidity in banks, quite low rates thanks to which we see quite a big volume of refinancing and new loan granting, meeting deferred demand. Lenders who didn't take out loans in 2014-2016, having seen slight improvements in the economy, they started to take them out in 2017, 2018 and will likely continue taking out in 2019.'' Ayrapetyan supposes this year the lending market might increase by another 10%. According to Andrey Kochetkov, the unsatisfactory dynamics of the population's real incomes restrain loans and their rates from growing. ''Loan's value increased at the end of the year because the Russian Central Bank raised the rate, which was 7,25% as a minimum. But for fears of overheated inflation and a complicated situation in the market of federal loan bonds it was increased to 7,75%,'' he specifies. As the rate increased, demand in the 4th quarter last year reduced, especially in the automobile market where sale growth paces started to plummet. Rates are unlikely to increase in the future for the same reason of falling demand: ''So the population's real income will keep both inflation itself and banks' appetite for increasing the value of loans in the next months,'' Kochetkov concludes.