''When the number of the poor rise twice, the system of food vouchers will have to be introduced''

Russia still has enough resources to maintain the current economic system, so it's unlikely we will see significant (and necessary) reforms in the next years, thinks economist Sergey Khestanov. At the moment, the Russians can face the introduction of food vouchers, rising prices for ''everything, but little'' and the next increase of the pension age. In the second part of the interview with Realnoe Vremya, the expert tells about this and not only.

''When the number of the poor rise twice, they will have to introduce the system of food vouchers''

Mr Khestanov, is the oil price of $41 per barrel calculated in the budget fine, well thought out?

It's a fruit of compromise. In case of some complications, nothing impedes authorities from cutting military costs, and they will lower an admissible oil price to have enough for state expenses. The continuation of the oil price's reduction isn't limited for the Russian budget. But there are two factors that don't allow to prolong this business. Firstly, it's an expected world crisis, it's unclear how Russia will overcome it. The population's feelings are the second factor. As the current stagnated state of the economy drags on, this starts causing negativism among the citizens. Let's remember Perestroika – why did it happen? Because people lost patience! And I'm afraid if low growth paces drag for long, people's patience won't be eternal.

How is the population feeling now?

The question should be asked not economists but political experts. But I think people's moods start to gradually shift from famous geopolitics to their own wellbeing. Figuratively speaking, the fridge strikes back. Such feelings aren't so notable in Tatarstan because you're a favourable region. But it's clearly seen in poor regions, let's say Ivanovo Oblast. I remind that 19 million people in our country live below the poverty line. And this line was drawn according to people's incomes quite harshly. And there is a big question here – how long the people will tolerate this picture.

Is the budget of the next three years able to reduce poverty?

Theoretically, it is, but the decision will be very tough. And not money is the problem here – we can not build a couple of submarines, and this money will be enough to help the poor. But the problem is how to do it? Just to give additional money? The problem is that if the state doesn't have money, it won't be able to stop handing the money out to the poor. This is why one should be very careful here. I think the government considers this problem. And, by the way, information about it leaks to the press from time to time. Do you remember that the introduction of food vouchers was discussed once? I remember it to be raised three times and stopped. The very fact that this idea leaks to the public means the government studies, tests and follows this topic as an option but hesitates to introduce it. Because if vouchers are introduced, it will be hard to close it with a deficit budget if there is no other solution. I think the idea of vouchers for the poor is ready anyway. 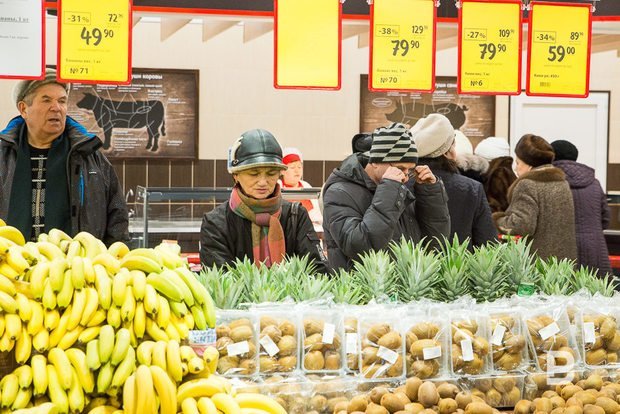 ''They are likely to look like a bank card but with limits, that's to say, it won't be possible to buy alcohol, luxury items, there will be limits on a one-time purchase, too.'' Photo: Maksim Platonov

They are likely to look like a bank card but with limits, that's to say, it won't be possible to buy alcohol, luxury items, there will be limits on a one-time purchase, too. I think when the number of the poor rise twice, they will have to introduce the system of food vouchers.

''Everything will grow in price, but not too much''

Shouldn't the poor count on a rise in salaries?

Budget workers have a tiny per cent increased from time to time. But the state's carefulness is felt here anyway. Remember the 90s and delayed salaries for budget workers. From this perspective, it's better for the government to pay less but regularly than with delay, God forbid.

Why did authorities rise VAT?

It's a kind of insurance of authorities. Among all taxes, VAT is the most comfortable from a perspective of administration because it's almost impossible to avoid paying it and it brings a lot of money to the budget, approximately as much as oil and gas companies do. The rise in other taxes will bring much less money to the federal budget.

The Central Bank has recently claimed fuel, alcohol, cigarettes will notably grow in price in 2019.

Everything will grow in price, in general, but not too much: 2% isn't the number people die from. But this means it will do no good to the government because VAT is an unpopular measure that obviously scotches the economy, reduces business activity. They decided to increase VAT because they understood it was impossible to without it. ''It's no secret that women live longer than men. As the pension reform wasn't made off the cuff. Who impeded from upping and levelling the pension age for men and women to reduce the loan on the pension fund?''. Photo: David Kazansky

Do people gradually forget the topic of pension age increase?

A person gets used to anything. For this reason, our people will get used to this decision some time later. Of course, the state made a series of great mistakes in this reform. Firstly, they should have determinately changed the pension system, to start with. Look, the employer in all countries pays pension contributions for a person while he isn't on pension. It's completely unclear why in Russia the pension is paid from contributions of all workers. Of course, we have several companies and departments where the world pension payment practice is used, but not everywhere. The Russians put money to the kitty. Pensions are then paid from this kitty. Is it OK? No.

Did this rise solve anything in the next years?

It didn't solve anything! After 5-7 years, the government will have to increase the pension age again. The hole in the budget of the pension fund remains, though it became smaller. This reminds cutting a dog's tail in parts, though I think here it's by far worse. It's clear this decision is unpleasant, tough, and people don't like it. But it should be made once not to go back to it ever.

Is it possible to correct something in the pension system in the next years if it remains on the civil and lay agenda?

It is. Any corrections already cause discontent among people. In fact, they should have increased the pension age for both men and women to 67 years in 2018, so there wouldn't have been any hole in the pension fund anymore. 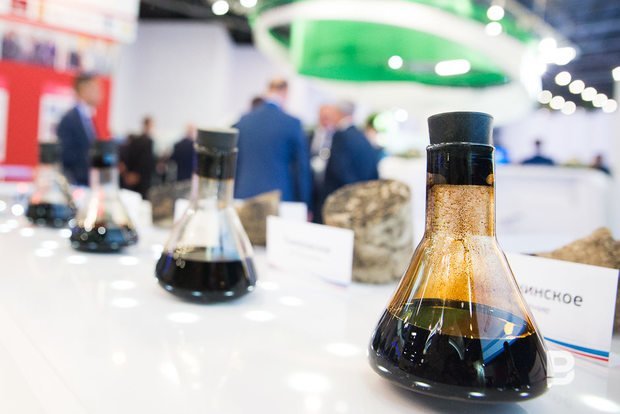 ''Oil doesn't have big growth potential – as US shale oil entered the market, it became clear there won't be expensive oil in the world anymore''. Photo: Maksim Platonov

But corrections are unlikely to cause discontent if the economy possibly grows, you said this yourself.

But we don't have a growth source at the moment! Oil doesn't have big growth potential – as US shale oil entered the market, it became clear there won't be expensive oil in the world anymore. I remind that one of the Arab sheikhs has recently said that we will never see $100 per barrel. And that's it! Russia doesn't have any growth drivers. It means the government will have to make reforms – to reduce the state sector, fight corruption not on paper but in fact, to reduce excessive regulation and tax loan. And then wait until it makes an effect.

Generally speaking, it's known how to raise the economy nowadays. There is a book by Joe Studwell How Asia Works where economic growth in three successful Asian countries – Japan, South Korea and Taiwan – is described, the countries that reached quite a good economic situation from quite a bad one. Yes, these countries are different, and they achieved success in different times. But they didn't have any significant natural resources some 50-60 years ago, it's what united them. They made an agrarian reform first – they confiscated land from big landlords and handed out a family 3-5 ha. Did you see people's yield on their own land parcels? Very good. And there was set a goal to have a yield. So people were provided with job thanks to the yield. The unemployed started to work in the countryside. So there was provided a food surplus in these countries that was sold quickly and is sold in the external market.

Secondly, financial and industrial groups in South Korea were set a task by President Park Chung-hee (Editor's Note: in 1962-1979) that was far from the market: to deal with mechanical engineering. He built a palace in the capital where he appointed all directors of industrial clans to accomplish the tasks. And the president very strictly required decrees to be carried out, he introduced the concept of ''export discipline'', that's to say, every enterprise had to sell a certain part of its products abroad. Why? He said they could sell any s**t inside the country, but this was a dead end, they needed a world quality. This is why this year they had to sell so-and-so much, the following year so-and-so much, etc. And do what you want. Few people remember now, but the first Hyundai cars had very poor quality. Few people bought them, and the marker sold them for a price lower than the prime cost. Like it or not, as the export plan grew, hiring foreign specialists, but two decades later, by the middle of the 80s, Korean cars conquered the world competitiveness.

This is why the Russian economy needs two recipes for efficiency: to increase the efficiency of agricultural production to raise yield in order to get a source of export revenue and forced development of export sectors. The take-offs of the Asian countries proved it.

While we're talking about national projects now. What can these 12 projects with almost 6 trillion rubles allocated on them give?

If national projects make some contribution to the economy, it will be quite modest, as national projects are just an auxiliary tool. If we want the growth of our economy not to lose to the world average, we will need to do boring and unpleasant things – to reduce corruption, deregulate the economy, provide supremacy of law and protection of private property. It's what liberals have been telling us since Perestroika. Unfortunately, we still talk about it, while all countries that made some progress in the economy – both Asian and European – brought these things into action. But now there are sufficient resources to maintain the current system, we will unlikely see some significant reforms in the next years.