Delegation from Uzbekistan at TAIF: ''It would be an honour for us to use your big experience''

A working meeting with Chairman of the Parliament of the Republic of Karakalpakstan, Deputy Chairman of the Supreme Assembly of the Republic of Uzbekistan Musa Erniyazov took place in the head office of TAIF PJSC chaired by Deputy Director General on Corporate Property and Investment Management of TAIF PJSC Ruslan Shigabutidnov. The sides discussed joint investment projects in Uzbekistan in the gas and chemical industry and power engineering. It was made a decision at the meeting to create a commission on joint work. Realnoe Vremya tells the details.

The Republic of Karakalpakstan is located in the north-west of Uzbekistan, its land is rich in oil and gas reserves. The discovery of new fields goes on: gas condensate reserves in the Ustyurt Plateau have been found early this year. Active production of the raw material allows the government of Uzbekistan to develop the gas and chemical industry. The Ustyurt Gas Chemical Complex was launched in Karakalpakstan together with businesspeople from South Korea three years ago.

During the meeting with TAIF Group of Companies' top managers, Musa Erniyazov told that the Ustyurt Gas Chemical Complex included five factories. The US $4bn project enables to refine 4,5bn cubic metres of natural gas a year. The factory produces over 380,000 tonnes of polyethylene, 100,000 tonnes of polypropylene, almost all products are exported. The successful experience of launching the Ustyurt Gas Chemical Complex and the gas-rich lands of Karakalpakstan served a driver for further development of the gas and chemical industry in the country. Musa Erniyazov told about the construction project of a new factory and offered TAIF to take part in it. ''We've calculated the preliminary capacity of the new factory: it's profitable to build an enterprise refining over 2bn cubic metres of gas a year. Now we're doing economic calculations. We've come here to exchange experience in the gas and chemical industry. It would be a great honour for us to use your big experience. We're ready to cooperate in the construction of the gas and chemical factory,'' Musa Erniyazov added.

The offer of the delegation from Uzbekistan interested the officials of TAIF. Deputy Director General of TAIF PJSC Ruslan Shigabutdionv claimed the readiness to consider constructive offers to participate in the construction project of the gas and chemical factory. ''We are ready to consider your offer in detail,'' Ruslan Shigabutdionv claimed

''Companies manufacturing petrochemical equipment who are familiar with TAIF Group of Companies know as us serious and responsible partners. We've completely updated the equipment that remained in industrial enterprises after the Soviet Union. We began to build new factories in the 2000s. We always consider new opportunities and prospects and are ready to consider your offer in detail,'' Ruslan Shigabutdionv added. The government of Uzbekistan, in turn, is interested in attracting big investors in the gas and chemical industry. Director of the Department on High Conversion Development at Uzbekneftegaz Alisher Bakhadyrov shared planes for the creation of industrial clusters in the republic. According to Uzbekistan's current legislation, the whole external infrastructure of the investment project whose value exceeds $50m is financed by the state. It's responsible for laying power lines, roads, constructing dwellings. There will be created comfortable conditions for gas and chemical enterprises in one of the industrial zones of Uzbekistan.

The representatives of the Uzbek delegation called the agreement on the Ustyurt Gas Chemical Complex signed with a Korean consortium 10 years ago as a successful example of cooperation with investors in the gas and chemical industry. Even changes in state regulation that began after First Uzbekistan President Islam Karimov's death didn't affect the agreements. The government of Uzbekistan, in turn, is interested in attracting big investors in the gas and chemical industry

''Though some clauses of the agreement on the Ustyurt Gas Chemical Complex aren't very favourable for the state, we don't change them. If investment agreements change, the state will lose trust. We're interested in cooperating with foreign partners. This is why it's not planned to make changes to the investment climate of Uzbekistan,'' claimed Musa Erniyazov. The representative of the Uzbek side also added there had been recently signed a decree on state compensation if new changes to legislation affected investors' property or income.

''TAIF is a famous company that has credibility''

After visiting TAIF PJSC, Realnoe Vremya's correspondent managed to ask Deputy Chairman of the Council of Ministers of the Republic of Karakalpakstan Bakhytzhan Khabibullayev several questions. 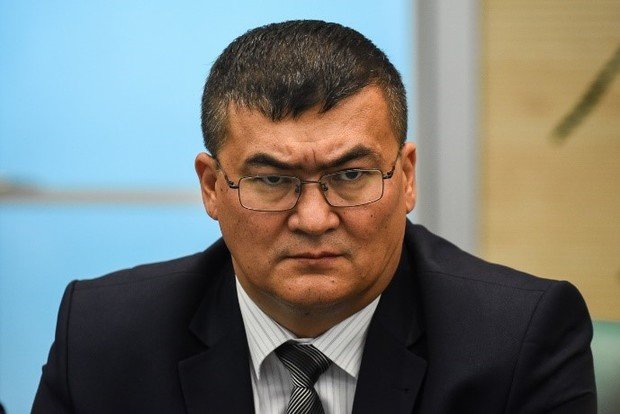 ''We discussed a big project linked with gas refining in the Ustyurt Plateau,'' Bakhytzhan Khabibullayev said

Mr Khabibullayev, could you tell the details of the project you discussed with the TAIF officials at the meeting?

First of all, I'd like to express gratitude for your warm welcome. We've just had a talk on joint cooperation in the gas and chemical industry. We discussed a big project linked with gas refining in the Ustyurt Plateau. It was made a decision to create a joint commission to consider possible cooperation. We think your delegation will visit Tashkent and Karakalpakstan in the short run where certain areas of our cooperation will be discussed.

Why did you choose TAIF Group of Companies as a partner?

TAIF is a famous company that has credibility. During the meeting, we knew about its similar projects in petrochemistry.

When is it planned to start the construction of the factory? Who else will be an investor?

Several investors were meant – the Tatarstan company, and Chinese and Uzbek sides. I think there will be created a big working group consisting of specialists who will implement the project in the future and achieve certain results.

What products does the factory plan to produce?

New gas fields have been discovered in Uzbekistan this year. How much has their production increased in the republic?

Over seven fields have been discovered in our region. I think the oil reserves will go a long way.

The republic has the only Kungrad Soda Factory in Middle Asia, which is called the ''miracle in the desert'', Xojayli Glass Factory, a joint enterprise of Markaziy Osiyo Bezak Tashlari manufacturing carbide in Kungrad, marble and cable factories in Nukus.

Wheat, rice, cotton production, cattle breeding and sericulture are the main agricultural sectors of the Republic of Karakalpakstan.

Uzbekneftegaz national holding company is a vertically integrated oil and gas company that has six subsidiaries. The holding's capacities allow to provide natural gas production at over 60-70bn cubic metres and 8m tonnes of liquid hydrocarbons a year. Thanks to it, Uzbekneftegaz NHC is 11 th in gas production in the world.

Uzbekistan has over 200 hydrocarbon fields. 63-65bn cubic metres of gas are produced here every year, of which 50bn are consumed inside the country, about 13bn cubic metres are exported mainly to Russia and China.