Why officials of three Russian special services flew to the USA

In a talk with Realnoe Vremya's report, Robert Dover, associate professor in Intelligence and International Security in the School of History, Politics and International Relations at the University of Leicester told about a recent visit of Russian special services to the USA, their relations with the overseas colleagues and power of intelligence of Russia.

''Lines of communication notably improved after the Caribbean crisis of 1962''


These days officials of three Russian special services — Russian Military Intelligence, Foreign Intelligence Service and Federal Security Service — flew to Washington and met the CIA director. What do you think is the reason? 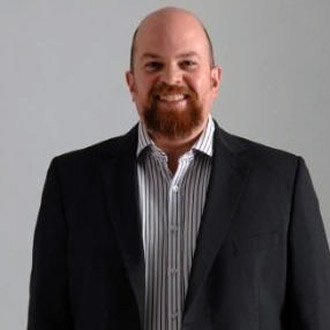 Because looks to be a form of back channel diplomacy, it is impossible to know the reasons for this precisely, but what we can say is that are some contradictory and countervailing pressures on Russia and the US security communities that would make this an opportune moment to speak. Both have considerable capabilities addressing threats from terrorism, whilst both remaining vulnerable to this kind of threat. There are, however, still tensions around the conflict in Syria, the strategic positioning of Turkey, and the accusations that Russian state assets are unduly intervening in western politics. These narratives have the US establishment as simultaneously being 'too close' to Russian interests, whilst also being estranged from them: something that is difficult to maintain. This gives these officials plenty to discuss, and dialogue has conventionally been thought of as a positive.

How is it possible that they were allowed to come because they are on the blacklist?

This has been contentious in the US, but politically rather than legally. There must have been an assessment made that the advantages of such a face-to-face meeting outweighed the negative political reaction from domestic politicians.

Has this ever happened in history of Russia and the USSR?


One of the versions is that they discussed the Kremlin Report, lists. Do you think this is possible? Meanwhile, it is officially claimed that counterterrorism issues were discussed. What does it mean? Do special services of the two countries cooperate in this respect?

There have been many discussions between the two sides in the last 20years about counterterrorism cooperation, and cooperation has waxed and waned depending upon other political and strategic considerations. Ultimately, though, intelligence sharing reveals information about collection techniques, assets, and the strength of knowledge and so on. So, sharing intelligence and assets will always contain risk for both sides, which is why — given that there is often strategic dissonance between the two — that sharing will almost always be problematic. They do — however — have many common interests when it comes to counterterrorism and so this does represent a topic on which relations might warm, and which might be used to leverage better relations more generally. ''Russia and the US both retain considerable security assets, both in terms of intelligence and quasi military capabilities.'' Photo: Gage Skidmore (wikipedia.org) — CIA Director Mike Pompeo


Do you consider Russian special services to be among the biggest and strongest in the world? What's their position in comparison with the CIA?

Russia and the US both retain considerable security assets, both in terms of intelligence and quasi-military capabilities. Open source analysis in the west suggests that Russia is particularly adept at operations involving cyber techniques and influence operations. This has vexed the western media and expert commentariat. The distinction between political outcomes that come as a consequence of the disillusionment of the electorate and those that have been allegedly steered by foreign powers has so far alluded all the public inquiries in the west. It is very difficult for western commentators to judge the relative expertise and capabilities in these sorts of activities as there are precious few open source studies into western attempts at influence operations. In terms of counterterrorism operations, both the US and Russia have supportive legislative foundations, matched to strong capabilities.