Almost a billion rubles allocated to Khimgrad for big laundry

President of Tatarstan Rustam Minnikhanov opened two new production facilities on the territory of the technopolis Khimgrad in Kazan on 5 December. The research and production enterprise Irvis (NPP Irvis) combines the advances in basic science with the production, and the company Cotton Way optimizes the expenses of health care in Tatarstan on bed linen laundry.

The hypothesis of academician Kolmogorov and missiles to disperse the hail

The research and production enterprise Irvis produces devices for gas consumption metering: flowmeters, steam flowmeters and others. The range of products has devices such as anti-hail rockets, which can be used to protect from precipitation or to increase them artificially. The projected revenues of the NPP in 2017 amounted to 206 million rubles. The team has grown from KNRTU-KAI [the Kazan National Research Technical University named after A.N. Tupolev] and implements the intellectual potential of the higher school.

According to rector of KNRTU-KAI Albert Gilmutdinov, who participated in the ceremony in Khimgrad, Irvis is a characteristic example of a bridge between fundamental science and industry. ''We are very pleased that our colleagues have created such a successful project. It is no coincidence that its name stands for ''Research, development, implementation and sales,'' Gilmutdinov commented to Realnoe Vremya. Nikolay Mikheyev, one of the leading members of NPP Irvis and the head of the Laboratory of hydrodynamics and heat exchange at the Kazan scientific center of the RAS, told Realnoe Vremya about the synergy that comes from the cooperation of basic science, universities and business. ''The laboratory in Khimgrad is the joint project of the Kazan scientific center of the RAS, KNRTU-KAI and the NPP Irvis. The main fundamental component of our researches of heat exchange and flow is in unsteady flows, mainly it is turbulence. What has been done in the direction of turbulence mostly belongs to our great compatriot Kolmogorov. In 1941, he put forward the hypothesis on how flow turbulence is transmitted, but there is still no experimental confirmation because it requires measurement with the so-called Kolmogorov's scale. It is very small but now we have the optical measurement method, which allows to determine reliably the characteristics of turbulence dissipation. We also have a number of application areas. NPP Irvis is involved in the large work for updating of the primary state standards. There are a lot of questions to us about energy saving.''

Speaking of customers of the enterprise, Director General of the NPP Dmitry Kratirov mentioned Tatneft, the Almetyevsk pump plant, but specially noted that the stability of the company is that it works not only with large customers. Even a cafe can be a buyer of Irvis's products. The main thing that customers need to measure the flows of gas or liquid.

15 tonnes of linen from Moscow to Kazan daily

The business of another resident of Khimgrad, the company Cotton Way, may not directly dependent on fundamental science, but the organization of production and logistics has also a scientific basis here. Cotton Way provides rent and subsequent processing of textiles — bed linen for hotels, hospitals and trains as well as workwear for enterprises. The history of Cotton Way in Tatarstan began with a pilot project in 2012. The production opened in Khimgrad will allow to wash and iron up to 30 tonnes of linen. The total investments in the new enterprise amounted to 900 million rubles. ''Our company has been present on the market since 2008. The first customer was the Federal passenger company, a subsidiary of RZhD JSC. But gradually we began to expand, covering medicine, fitness centers and clothing market,'' the director general of Cotton Way, Alexander Utkin, told Realnoe Vremya. ''There is a specialized laundry factory with anchor servicing of medicine. We hope that the capacity will be enough not only for Tatarstan, but also for the surrounding regions. We will promote the transfer of health facilities for the rental of textiles in the neighboring regions, which will not require the construction of new factories. This business is built in such a way that it is created a large centre that provides the service to everyone in the radius of 500 kilometers. In Europe, the radius is slightly smaller — 300-350 km. In our case, from Kazan we covered even Moscow, transferring 10-15 tonnes a day,'' said the director general of Cotton Way.

Logistics is a very important component in the business of textiles rental. According to Alexander Utkin, the own fleet of Cotton Way is used for delivery within the city, and the cars are outsourced. Long distance transportation requires specialized transport with special conditions for products storage.

Outsourcing for healthcare of the Republic of Tatarstan

Opening the production of Cotton Way, Tatarstan President Rustam Minnikhanov specifically emphasized that the results achieved today is only a halfway point. ''The company has big plans to introduce its services in large industrial enterprises of Tatarstan. Work clothing is a special topic for each company. And I am sure that there will be continuation of this factory because we saw how due to outsourcing we facilitate the life of our medical facilities,'' the president said in his address.

The factory Cotton Way was created taking into account the requirements of all sanitary regulations and standards for medical institutions. The linen processing incorporates the principle that for the entire cycle a person touches a product only three times: the first time when they load it in the washing machine, the second time — when serving the washed and prepared linen for ironing, for the third time — when packing the clothes. All other processes are automated. Similar world standards were unattainable in the conditions of hospital laundries and small outsourcing companies. 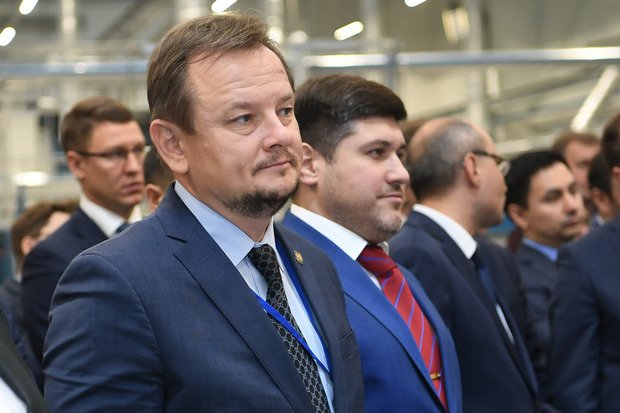 Health Minister of Tatarstan Adel Vafin in his comment to Realnoe Vremya assessed the economic and health effects from the partnership with Cotton Way, ''In the first year of work it was established the account. We began to understand what our real needs are, because we started to assess. But most importantly, when we lease textiles, we are sure that it is clean and ironed. For of the supplier company it is profitably to provide quality services. The linen has less dust, which is harmful for the patient, harmful for medical equipment, where it accumulates, and for life-support systems of the hospital. The project is important from the point of view of the withdrawal of non-core activities from the management of the medical institutions.''

With the introduction of Cotton Way's production there is appearing a new niche in the labour market. ''We have no people who just wash and iron. Manual labour is minimized. Therefore, each member of our staff is rather engineer than a presser or launderer,'' Roman Shishkin, regional Cotton Way, told Realnoe Vremya. The salary of employees of the new production is about 30,000 rubles, which is higher than of their counterparts in other laundries.

Today Cotton Way occupies 4,000 square meters. It is planned to increase the area twice by 2019.