A Dublin-based company sold $60 million of bonds on behalf of Tatfondbank in November, claims Bloomberg. A month later, the lender was placed under temporary administration by the Central Bank. At the beginning of March, the regulator announced its decision to revoke the bank's licence.

''Normally banks aren't able to issue bonds just days before losing their licenсe,'' says Lutz Roehmeyer from Landesbank Berlin Investment GmbH, who invested in another batch of notes issued for Tatfondbank by the same Irish entity in 2014. The investor was encouraged by the fact that the bank appeared closely linked with local authorities in Tatarstan. ''The banks in Tatarstan are more or less interwoven with the government of the region, so we expected some form of government support due to this responsibility.''

Before the November deal, Tatfondbank's Irish partner helped the lender raise more than $500 million since 2007, states Bloomberg. The latest bonds' prospectus was focused only on general risks of the Russian economy due to Western sanctions and low oil prices but had no mention of the shortfall or the Central Bank's concerns. According to the document, the bank's ''funding sources, its credit standing and its liquidity and risk management policies allow it to meet its liquidity needs''.

The Bank of Russia's First Deputy Governor Dmitry Tulin said that negotiations with Tatfondbank lasted since May as the bank's shareholders offered verbal assurances that they would not let it collapse. ''I didn't think they'd placed Eurobonds since May,'' commented the banker. ''If they did, it means we didn't have a legal justification to forbid it. But we had a very open dialogue with them.'' 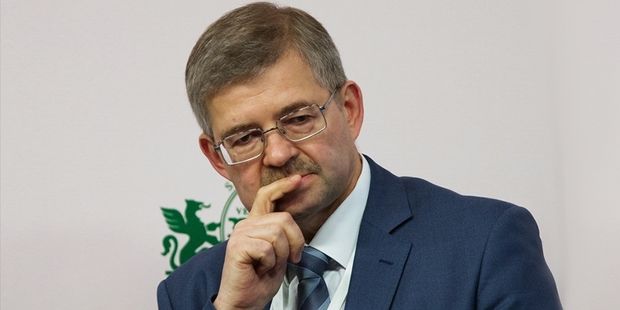 Irish special purpose vehicles (SPV) like the one that raised funds for Tatfondbank are unregulated companies used to borrow money on behalf of corporations all over the world. These companies let their clients enjoy some tax and regulatory benefits. However, critics believe that the SPVs obscure risk and sometimes fail to check the beneficiaries thoroughly. In an attempt to summarise data on SPVs at the end of 2015, the Central Bank of Ireland found hundreds of such companies with 324bn euros of assets including about 54bn euros in Russia.

As for Tatfondbank, it was already accused of several instances of fraud, such as providing the Central Bank with false information about the availability of a highly-liquid asset in order to secure a loan, the proceeds of which were transferred to accounts of affiliated companies. Besides, about 2,500 clients of the bank were convinced to move their insured deposits into unprotected bonds at a subsidiary.