And Nizhny again. About how UNICS wins a victory in the second stage of European Cup

On 6 January, UNICS Kazan hosted Nizhny Novgorod in the Last 32 Group M of Eurocup. The event ended with the victory of the host team at 84-74. Realnoe Vremya tells about the match and confrontation of Kazan and Nizhny Novgorod.

In this season, Nizhny Novgorod is very unpredictable. He can show 5 victories followed by 5 defeats. Nizhny Novgorod was in a good mood before the final match; the team had a series of 3 victories and wants to respond to the defeat in November in Kazan with 68-102. Although the statistics of the away match is not very pleasant. The team managed to win only one game out of seven: Nizhny Novgorod won Israeli Hapoel in Eurocup in Jerusalem. However, their statistics of meetings with UNICS is better: 6 victories out of 10 matches.

In this season, the statistics of Kazan is better compared to Nizhny Novgorod – 12 victories out of 15 matches. And the attack of the game is close to NBA standards: in the half of the games the team scored over 80 points per match, undoubtedly, thanks to Colom, Kaimakoglou and Langford. Langford's average points in Eurocup matches is equal to 20 points, so he is one of the best scoring leaders. Meanwhile, Colom is noticeable in triple-double in the first stage and the main assistant of the team who has almost 8 assists in a match. Not too bad, isn't it?

As for statistics, during the last matches, Unics scored more than Nizhny Novgorod and lost the ball less. Speaking about home and away matches of Kazan and Nizhny Novgorod, there is a huge gap in these indicators. 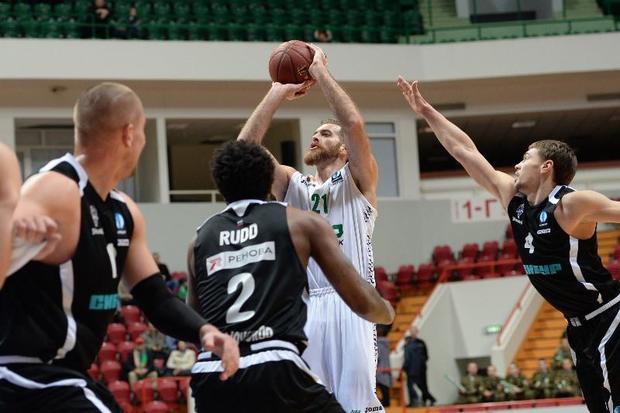 In this season, Nizhny Novgorod is very unpredictable

The starting line-up of Kazan had only one change in comparison with the match against Enisey: Colom substituted Pankrashov. The match began with mutual attacks of both of the teams, but the first-class game of UNICS made itself felt. This is why, perhaps, the first foul belonged to the guests. To tell the truth, Nizhny Novgorod played more aggressively than his opponent. UNICS, who attacked more often and effectively, took this opportunity, Colom's triple will suffice to illustrate it. All in all, the Kazan players won the first quarter at 23-16.

The second quarter did not differ from the first one, but the Kazan players started to play even better and broke away from the guests concerning the score. UNICS committed fouls fewer and realized three-pointers and free throws. Ainars Bagatskis, the head coach of Nizhny Novgorod, tries to freshen the game by substitutions, but it was not of benefit. The team played worse and worse, the players could not shoot the ball through the hoop from advantageous positions. The guests made attempts to shot beyond the three-point line, but the quality deteriorated. Only 2 shots out of 14 reached the target. Meanwhile, the Kazan players could not fulfil everything but did many things. Kaimakoglou and Colom were carried away by the game as usual. But at the end UNICS relaxed and let Nizhny Novgorod approach the score. And UNICS' double advantage disappeared during the quarter. The first half of the meeting ended at 46-31. UNICS' Colom and Kaimakoglou became scoring leaders, 13 and 11 points respectively. Nizhny Novgorod's Viktor Rudd and Rasid Mahalbasic scored 11 points each. 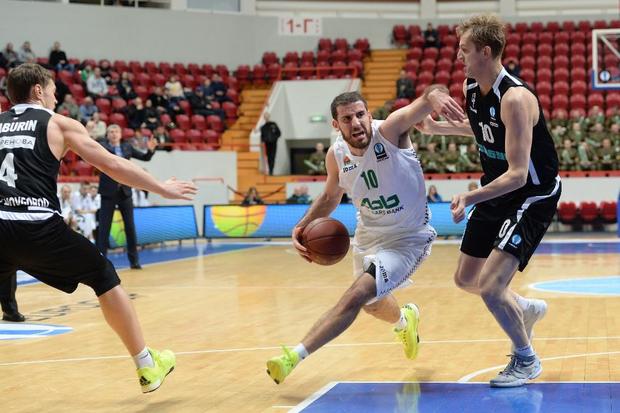 The second half of the meeting suddenly began with guests' persistent attacks, UNICS was not able to enter the game for a long time. After two continuous three-pointers, Kazan started to play more actively. But Nizhny Novgorod gradually approached due to Viktor Rudd who scored point one after another, while his partners could not shot the ball from advantageous positions 'granted' by Kazan's defensive game. By the end of the quarter, UNICS activated and recovered the advantage the team had before the break. At the same Ainars Bagatskis actively reacted to any actions of his players. He jumped with excitement when there were successful attacks and actively told his players off when it was necessary. But it worked: the margin significantly was trimmed and by the end of the last quarter the scoreboard showed 65-58. The spectators were waiting for a nervous end.

As the final quarter was expected to be very hot, the number of fouls increased, and Nizhny Novgorod's head coach argued with the referees more and more often. The guests reduced the margin till two points, it was getting very tough, but, giving no chance for the opponent to win, UNICS gained points on time. UNICS tried to spin the time out by all means and simultaneously scored points more often than in the first half of the quarter. Langford's two continuous three-pointers were the culmination. In the end, the match ended with UNICS' confident at first sight victory at 84-74. It was more complicated compared to the previous head-to-head meeting between these teams.