‘If Glazyev had been engaged in Crimea affairs then, maybe, we would have been living in Crimea much better’

On 22 August, the Office of the Prosecutor General of Ukraine (GPU) published the records in which allegedly the Russian President's adviser Sergey Glazyev discusses with the Director of the Institute of CIS countries Konstantin Zatulin the 'Novorossiya' project. In the Ukrainian Office they claim that the linguistic examination was carried out and the voices are really 'owned' by the representatives of the Russian authorities. After that, Zatulin admitted that in the negotiations it was reaaly his voice sounded but he stated that the phrases are 'fraud and manipulation'. Realnoe Vremya turned to the experts to comment on the situation and to answer a few questions to explain what is behind such statements.

What do the records prove? Ivan Mezyukho — a political scientist, the president of the Regional Institute of political communications (Crimea):

All the information that comes from the General Prosecutor's Office must be divided into two or even not be to believe it. Therefore, some line in this matter, if necessary, can be drawn by the law enforcement bodies of the Russian Federation.

Even if just to assume that the published information corresponds to reality, then again, why the Ukrainian side should be angry since Zatulin does not occupy the post of Defense Minister or the Chief of General Staff of the Armed Forces of the Russian Federation. If we now look at the expert opinion of the leading Ukrainian political analysts, filled with anti-Russian content, then we also can give even every day dozens of notes of protest, to initiate dozens of criminal cases. But Russia is not engaged in such nonsense. Because it may be a personal opinion. And, probably, it does not worth paying attention to anti-Russian messages from the Ukrainian experts, the public people. 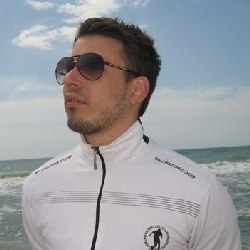 Such statements, especially from the Ukrainian Prosecutor's Office, Ukrainian authorities, must be divided into three or four. In those days [during the 'Crimean spring' – editor's note], I personally was in the square, saw Konstantin Zatulin, who tried to enter the Crimean Parliament. At that time, there were a lot of different politicians, representatives of different forces, including from Russia and Ukraine, who tried to break through, to direct in a certain direction the political process. It was an internal political struggle, there were fierce negotiations…

This record was presented in a slightly different context and they called Glazyev just a major Eminence Grise in Crimea. But it's not true. In my opinion, if Glazyev had been engaged in Crimea issues and affairs, then maybe we would have been living in Crimea much better. It is no secret that in the structures of power in Moscow, there are certain groups of influence, and the conditional team of Glazyev is far from advanced position. Maksim Shevchenko — a journalist, a member of the Council on human rights under the President of the Russian Federation:

Why is it not allowed not discuss a particular project? I think that it is Ukraine's helpless growls, when you were beaten and you then start growling out of the gate: Glazyev and Zatulin made up the 'Novorossiya' project. It turns out that Glazyev and Zatulin have made up everything! Well, now it all became clear!

The idea of Novorossiya was strangled by Moscow then. Moscow itself pulled the plug of Oleg Tsarev by banning to show him everywhere, forbidding to mention Novorossiya, dissolving the Parliament of Novorossiya, closing it down and discrediting it.

What actually did Sergey Glazyev and Konstantin Zatulin do for Crimea?

Even before all this war, Zatulin suggested the regionalization of Ukraine, the rights of the regions, Russian language. There would be a united Ukraine, which would have the Federal Treaty, like between Moscow and Kazan. But they decided to solve everything by force of arms. Sergey Glazyev – a strong, outstanding economist, a politician of high level. I don't know about his views about Novorossiya but he is an advisor to the President, and he had his own views on the situation in the Donbass, which, so to say, opposed to the views of the other 'Kremlin towers' in the face of the assistant to the President. I think this attack on Glazyev, in particular, is in order to bring him out of this field, to compromise him internationally. This all emphasizes the principles of Sergey Yuryevich Glazyev, as a politician, as a patriot, as someone who spoke in support of Novorossiya and a normal democratic Ukraine.

I talked to Glazyev many times in 2014. He was present when we adopted the Yalta Declaration on the establishment of the People's liberation front of Ukraine. He has never concealed his views and supported the struggle of Novorossiya, the Donbass, Lugansk, the struggle of those who failed to work but in hiding on the territory occupied by Kiev.

Everybody knows how negatively the current political leadership of Ukraine treats such Russian politicians as Zatulin. I want to note that this is not the first anti-Zatulin information. He had already have problems with Ukraine before the coup in 2013-2014.

The society in Crimea respects Zatulin and treats him well. This man has long been involved in political activities. At the time when Crimea was a part of Ukraine, he closely maintained the relations with leading Crimean politicians, public figures and citizens, who for many years fought for the return of Crimea to the Russian Federation. In this respect, the attitude is good. Konstantin Zatulin (in the center) during the celebration of Defender of the Fatherland Day. Sevastopol, 2015. Photo: zatulin.ru

All these talks about funding, that Konstantin Zatulin allocated some funds to the various activists, it was in the framework of public activities. By the way, over the last 25 years certain Russian public and socio-political organizations somehow tried to finance the Pro-Russian movement, which is actually was poorly financed, and the work was fragmented. Unlike foreign companies, which at a certain time were there and invested a lot of money. Maksim Shevchenko: 'The Prosecutor's Office of Ukraine in the election time worked to strengthen of their image as patriots and statesmen.' Photo: antikor.com.ua

What consequences of such statements can be?

There will be no consequences for Glazyev or Zatulin, at least on the part of Russia. From Ukraine side, they may again declare them persona non grata, again, may fabricate some criminal cases. But I think neither Glazyev, nor Zatulin will worry about this. They will continue their activities aimed at supporting Russian compatriots, including on the territory of Ukraine.

As for Russia, I doubt that the pressure will be increased. The sanctions have already been brought to a point according to which they are not beneficial to the party that introduced them. Although some moments on strengthening sanctions are not excluded and they will be connected with not that stuffing information, made by the Prosecutor General's Office of Ukraine. Because the sanctions were imposed not in order to cancel them so soon, it is an obvious fact. And the Rio Olympics is an explicit proof.

As for the audio records, the question arises: from where do the Prosecutor General's Office of Ukraine have them, who could edit them? First, it could be due to an internal struggle in the Kremlin. Perhaps, someone from the opponents of Glazyev 'leaked', including for the Prosecutor General of Ukraine. On the other hand, Kiev also has its own logic. It can be considered in the light of recent provocations on the border and the recent assassination attempt of Plotnitsky in the Luhansk People's Republic. Now the provocative actions against Russia are being intensified, they are trying once again to accuse Russia of all mortal sins. I don't think it is a personal initiative of Kiev, there are certain groups from abroad, which manage these operations.

The information stuffing itself should not significantly change the balance. If in the overall context the pressure increases, increases at all points, it gives certain signals. You need for 125 times to understand that no one wants to negotiate with the current Russian leadership. Certain forces slowly but surely continue to work to discredit it in the eyes of the international community and further the overthrow of the Russian government.

These statements will boost the credibility of Sergey Glazyev and Konstantin Zatulin in the patriotic environment of Russia. The namber of supporters, of course, will increase. The Prosecutor's Office of Ukraine in the election time worked to strengthen of their image as patriots and statesmen.