The ministry of agriculture sets the farmers objectives for growth in profitability and a twofold increase in exports, promising all possible financial and technical support

Nikolay Titov, the first deputy minister of agriculture and food of the Republic of Tatarstan, and key representatives of the agro-industrial complex have discussed the prospects for industry development and forecasts for the upcoming harvest. The dialogue between businesses and the government, organized by Realnoe Vremya media company, turned out to be emotional, but constructive.

Revenue growth in agroindustrial complex: are producers satisfied with the result?

Tatarstan agricultural firms and holdings, whose products are known and regularly bought by the residents of the republic, have shown a 20% increase in sales since the beginning of the year.

According to Nikolay Titov, the growth was due to an increase in purchase prices. So, the average price of milk today is 24 rubles 69 kopeks, grain prices have stabilized. ''We have reached happy middle ground when both farmers and buyers are satisfied with such prices,'' said Nikolay Titov.

According to the producers themselves, the increase in revenue is not always correlated with profit: prices grow at the expense of costs, which in the agricultural business are high. The rise in the cost of feed affects the cost of meat products, especially poultry. A growing price of grain on the principle of dominoes leads to higher prices for products of other chain links: of the processors of wheat and rye and of the producers of flour products. The latter are earning less and less because they cannot greatly increase the price of their goods due to low purchasing power.

On the other hand, it is possible and necessary to earn on processing of agricultural products. Today the republic processes a little more than half of the milk produced — 2,700 tonnes per day. According to the ministry of agriculture, there is a positive trend. With its preservation in the near future, the republic will be able to independently process all the milk produced and supply finished products with added value to foreign markets. Perhaps, it will be possible to do by the end of the year. Farid Khayrutdinov is convinced that by jointly solving the issues of sales, logistics and other production processes, farmers will receive a significant cost reduction without loss of product quality

Farid Khayrutdinov, the director general of Ramaevskoe farm enterprise PLC, believes that the best and often the only solution is to unite small agricultural firms and farms into cooperatives. Khayrutdinov is convinced that by jointly solving the issues of sales, logistics and other production processes, farmers will receive a significant (up to 50%) cost reduction without loss of product quality.

The founder of the cryptocurrency ITcoin Denis Ryndin is in no hurry to see cooperation as a panacea for all ills. ''Real cooperation, supply and investment ones (when there are mutual contributions, etc.), is fraught with many time bombs,'' Ryndin warned, ''It takes self-sacrifice to simply create a cooperative, not even to make it really work.'' Denis Ryndin does not consider cooperatives a magic bullet

Then the conversation turned on financial and other support measures.

The first deputy minister said that in 2019 the maximum size of grants for SMEs has doubled from 1,5 to 3 million rubles. Thanks to this financial incentive, the number of peasant farms and their productivity are growing. Today, there are 1,240 family farms in Tatarstan, more than 540 of them are high-tech, that is, all the main processes are automated: feeding, milking, cleaning of premises where animals are kept.

Besides, there are targeted subsidies. The principle of distribution of subsidies is simple: the most problematic areas receive maximum attention. For example, if the situation on the poultry market gets stabilized, the subsidies are less. Thus, currently milk production is actively subsidized, which is generally not enough in Russia.

In turn, the state also counts on the friendly shoulder of farmers. One of the priorities the government has identified the growth of agricultural exports. It is to be increased twofold by 2024. Thus, Tatarstan in 5 years is to ship products to foreign markets in the amount of 360 million dollars. Those enterprises that are ready for intensive work in this direction will receive support.

One of the effective measures of support from the ministry of agriculture of the Republic of Tatarstan is the conducted training course for fisheries. Having mastered the advanced technology of fish breeding, it is possible to increase the volume of production, which is now 13 times less than in the Soviet years (67 tonnes instead of 900 tonnes). Record growth performance is expected from fishing farms of Tatarstan

What do producers themselves want?

As it turned out, the attitude of the participants to the grants is different. Those who receive grants and subsidies, of course, are grateful for the help. But those who do not fit the terms of such financing, believe that either the support should be provided equally, or they should give money to no one.

Many agreed with the view that it would be fairer to abolish taxes on land, property and VAT to all participants in agriculture.

According to the head of Beloglazova family farm, profitability would increase with the weakening of administrative pressure, reduction of personnel and technical requirements, which are sometimes difficult to fulfill. Alyona Beloglazova believes that control is needed in other things: in tracking the quality of products on the shelves and strengthening the fight against goods that do not meet the standards of GOST and technical specifications.

In addition, it turned out that, supporting the producers of raw materials, the state deprives the attention of processors. For example, Maria Yashenkova, providing consulting services to Essen Production AG (Makheev brand), noted that her client, as a manufacturer of fat-and-oil products, does not fall under any form of financial state support.

She also pointed to a wide layer of problems associated with the construction of a sales system that arise from each agricultural producer. While a third of the turnover of the processing company — the cost of promoting products and establishing sales channels. 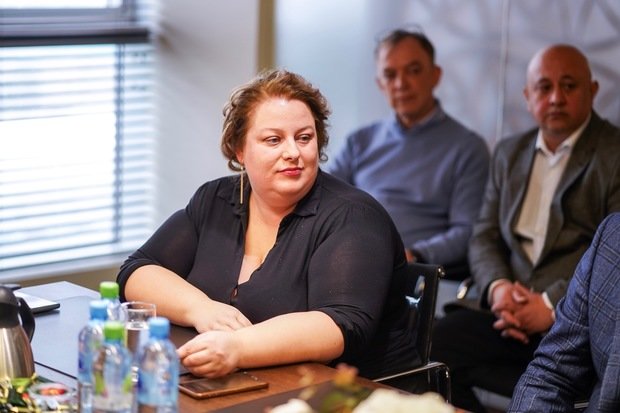 Nikolay Titov said that seasonal fairs are the platforms for the sale of agricultural products, where farmers and buyers meet without intermediaries. With the same purpose there have been created Zainsk and Kazan agricultural parks. ''We need the commodity weight and associations of like-minded people who are able to work together,'' summed up the representative of the ministry of agriculture.

Robotization and digitalization in the fields

Digitalization has long reached the traditional business such as agrarian.

The deputy minister touched upon the topic of digitizing the fields. It includes the fixation of all processes that were performed on specific areas of land to plan quality crop rotations. It is expensive, but necessary business. After all, careful attitude to land resources is a way to save them from exhaustion.

Then we talked about automated processes in animal husbandry. Robotics is already actively used in Agrosila, Ak Bars Holding, AH Prodovolstvennaya Programma (Private Entrepreneur Motygullin R.M.), where it regulates the processes from feeding and milking to the daily accrual of the salaries of machine operators.

''The whole world works with robots. There is an example — in the Netherlands they experimentally grown barley on 100 hectares without the involvement of human labour. However, so far they have received low yields,'' said Nikolay Titov.

In Tatarstan, automated agribusiness began to be created 15 years ago, but it stopped. It took ten years for people to mature and realize this need. Now high-tech farms are developing in Sabinsky district, there are many applications for inclusion in the automation programme in the region as a whole. Svetlana Barsukova: ''The result of the pilot project will be the creation of a digital farm, involving the formation of the full life cycle of animal''

Svetlana Barsukova, the director general of Agrosila holding, said that innovation and agriculture — this is not a phrase of the future.

''In agricultural businesses, modern technologies not only play the role of an engine for progress, but also provide well-established processes in the production every day,'' she said. ''So, our sites are actively working on the introduction of digital livestock tools Smart Farming.'' According to her, the result of the pilot project should be the creation of a digital farm, involving the formation of the full life cycle of animal with data on vaccination, treatment, milk yield and other parameters.

''In recent years, we have also been actively working on the creation of electronic maps of fields, thanks to which today we see the real cultivated area of each site,'' said Svetlana Barsukova. ''In turn, in the same fields, the use of IoT (Internet of Things) provides control of compliance with the parameters when performing agricultural operations.''