President offloads sponsors: ''Put the republic in line with Tatneft and TAIF''

The president of Tatarstan has charged with changing the cost sheet on the organisation of a gas and petrochemical forum that was presented by an operator on 2 April at 22,9 million rubles. Without challenging the final number, he offered to redistribute the costs among the Tatarstan budget, Tatneft and TAIF to reduce the financial load on big businesses when hosting sectoral events. ''So that it will become fair,'' Rustam Minnikhanov ordered. The burden is reduced for the giants of the Tatarstan Fuel and Energy Complex because the federal budget will compensate costs on the exhibition for the republic's budget from the next year.

Director General of Kazan Fair PJSC Lev Semyonov defended the cost sheet to host the gas and petrochemical exhibition in 2019 at the next meeting of the Tatneftekhiminvest-holding board of directors. As it was seen on the slide, this exhibition's operator proposed to confirm the costs at 22,9 million rubles. They were distributed among four donors: Tatneft and TAIF were to pay 37% and 36% of costs almost equally, 8,5m rubles and 8,3m rubles respectively. The rest of the sum fell on the shoulders of the Tatarstan budget (14% or 3,2m rubles) and Oil Consortium CJSC (12% or 2,8m rubles). The exhibition's operator offered the Tatarstan president to approve this financing scheme to send the final application to the Tatarstan Ministry of Finance.

Before that, Lev Semyonov reminded the board members that the gas and petrochemical exhibition would traditionally be in Kazan from 2 to 4 September. He didn't have the time to name the site when the president asked him a point-blank question – where the forum would be. ''Are you going to host the exhibition at Kazan Fair or Kazan Expo (Editor's Note: the new exhibition complex),'' the Tatarstan president asked. With the opening of Kazan Expo, all important sectoral exhibitions moved to this site having left Kazan Fair trade events. 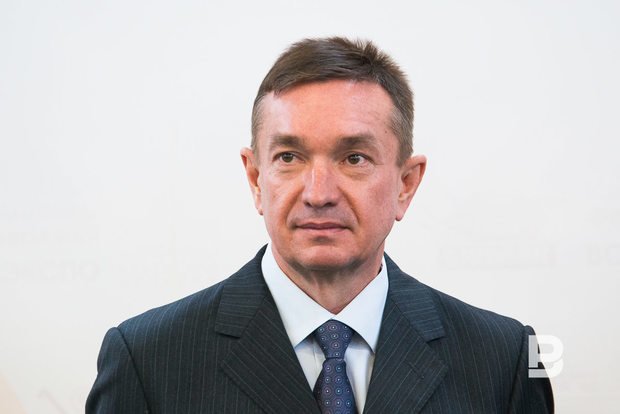 Lev Semyonov reminded the board members that the gas and petrochemical exhibition would traditionally be in Kazan from 2 to 4 September. Photo: Maksim Platonov

In answer, Lev Semyonov went into details explaining why the biggest exhibition of oil and petrochemistry workers would remain ''on the old site''. According to him, this location was already approved by a decree of the Tatarstan Cabinet of Ministers on 6 March and was unlikely subject to reconsideration. ''According to this decree No. 459 and the job done, the exhibition will be at Kazan Fair,'' Semyonov briefly replied and explained that there was a problem because of the international championship held at that time Kazan Expo, in fact, was built for.

''WorldSkills ends only on 27 August. There is too little time to the beginning of the gas and petrochemical forum,'' he seemed to be justifying, though it was obvious they could do nothing. They could postpone the exhibition, but Semyonov even didn't dare to consider this possibility. However, the president agreed, too, that the organisers wouldn't physically be able to prepare the oil workers' exposition within a couple of days before it. ''No problem, we should hold the forum well, we are a gas and petrochemical republic anyway. We also should very carefully consider both topics and questions,'' he said with a conciliatory tone.

ACHEMA to bring biotechnologies to Kazan

Having heard the president's approval, the head of Kazan Fair PJSC began to explain the forum's concept. According to him, three sectoral exhibitions are planned at the forum this year: Oil, Gas, Petrochemistry, GeoKazan, Inteplastics Kazan. It's planned to open a pavilion for a specialised exhibition on mechanical engineering in chemistry, biotechnologies and environmental protection for the first time prepared by Kazan Fair's foreign partner ACHEMA from Germany.

In addition, the Federal Service for Ecological, Technological and Nuclear Supervision is preparing a meeting of the R&D board. The whole exposition of the exhibition will be laid out in four pavilions and outdoors on an area of over 8,000 square metres. The preparation is going ahead of schedule. According to Lev Semyonov, the exposition of the fifth pavilion is completely ready where big players of the Russian Fuel and Energy Complex will be represented. About 2,000 participants and delegates in total are expected, which is more than last year. Then 221 companies of the Fuel and Energy Complex from 14 countries of the world participated in the forum. 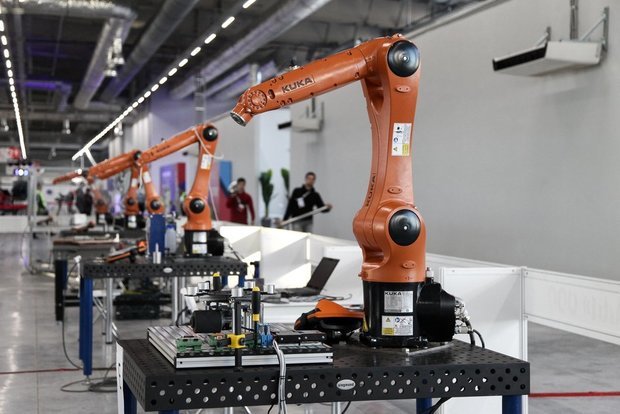 WorldSkills ends only on 27 August, this is why the gas and petrochemical forum will be at Kazan Fair. Photo: Rinat Nazmetdinov

Having assured the audience of ''good physical shape'', Lev Semyonov asked the president ''to define financing sources''. ''The cost sheet has been sent to the Tatarstan Ministry of Industry and Trade and needs to be approved by the Tatarstan Ministry of Finance,'' he indicated the zero stage of the exhibition's financing. But he played his trump card at the last moment. He had goods news: the Russian Ministry of Industry and Trade will create federal support of exhibitions from the following year, but the compensations will be given ''on the basis of economic effectiveness evaluation''.

''The number of concluded contracts and agreements is considered,'' Semyonov focused. ''In this respect, I'm addressing the executives who are here: plan contracts signed at the forum,'' he recommended. Otherwise, the new rules are so that the more noise the forum will make in the mass media, the more the chance is to get financial compensation from Moscow. He didn't name the exact sum of compensations. It seems they will have to bargain post factum. If Tatarstan exhibition organisers have been concerned about federal novelties only now, big federal players working for the Russian Ministry of Defence, the Defence and Industry Complex, metallurgy began signing contracts at their public forums a long time ago. The president surprisingly offered to resign the distribution of shares in favour of big businesses. Photo: tatarstan.ru

Minnikhanov's reaction was immediate. ''Operator, give the scheme back,'' the president asked, put his glasses on and carefully studied everyone's debts to sponsors. After learning that the cost sheet hadn't got to the Tatarstan Ministry of Finance yet, the president surprisingly offered to resign the distribution of shares in favour of big businesses: ''Let's do it this way: the Tatarstan budget, Tatneft and TAIF will be on equal terms! Add the republic so that everyone's share will be equal. And add a bit to Oil Consortium too.''

In other words, the financial load on the Tatarstan budget will at least double, while Tatneft and TAIF will be able to reduce costs proportionally to this. Instead of 3,2 million rubles, the Tatarstan budget can spend 7 million rubles to get them back from the public purse in the future. In conclusion, they decided to create a working group to make ''round-table talks as interesting as possible''.