Stefan Dürr to bring German order to Naratly, but milk to go to Belebey

The head of EkoNiva has bought the first agricultural asset in Tatarstan to own 30,000 hectares of land to create a forage base

The largest producer of raw milk in Russia — EkoNiva Russian-German agricultural holding of Stefan Dürr, which have built many farms for 60,000 heads of cattle across the country, has determined the location of its first dairy complex in Tatarstan. The dairy magnate of German origin (since 2013 — a citizen of Russia) decided to build it on the site of the largest in the Bugulminsky district complex Naratly PLC, which gave a third of the daily milk yield in the district — nearly 10 tonnes of milk. Thus, the subsidiary of the agricultural holding, Severnaya Niva Tatarstan, is completing the deal to buy this asset, which belonged to the previously bankrupt Bugulminskaya Prodovolstvennaya Korporatsiya of RACIN JSC. Read the details in the material of Realnoe Vremya.

Stefan Dürr in a pine forest

Out of three sites proposed by the ministry of agriculture and food of the Republic of Tatarstan for the construction of the future mega-farm, the head of EkoNiva agricultural holding, Stefan Dürr, chose one, but the tastiest one — Naratly dairy complex in the Bugulminsky district — and adjacent 30,000 hectares of land for cattle grazing. It is on this territory they are going to build a dairy mega-farm for 3,55 thousand heads, in which it is planned to invest 3,5 billion rubles. This information was confirmed to Realnoe Vremya by Deputy Prime Minister of Agriculture and Food of Tatarstan Marat Akhmetov and the head of the subsidiary company Severnaya Niva Tatarstan, Pyotr Dubyansky.

''They have chosen Naratly,'' Akhmetov said without going into details. Dubyansky added that from the environmental point of view, the village of Naratly turned out to be the most prosperous territory in comparison with the other proposed options. By the way, in translation from the Tatar language 'Naratly' means 'pine'. Indeed, the biggest old Soviet dairy farm in the Bugulminsky district for almost 1,000 heads is located next to a pine forest. The craving for this place stem from that in three regions at the same time — Bashkortostan, Tatarstan and Orenburg Oblast — EkoNiva is creating a ''dairy belt'' of mega-farms, which should become the raw material base for the future processing plant. Executive Director of Severnaya Niva Pyotr Dubyansky told Realnoe Vremya about the intention to build in Tatarstan four dairy complexes for the production of raw milk: three in the Bugulminsky district and one in Bavly. The standard project of EkoNiva mega-farm is designed for 2,800 heads of cattle, it produces 80 tonnes of milk a day. 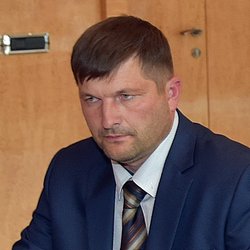 ''Why Naratly? There operates a large dairy farm, a little smaller one is in the neighbouring village of Sugushla,'' told Dubyansky. ''We would like to optimize the production of raw milk by building a modern dairy complex for 3,550 heads,'' he shared the company's plans.

According to him, the existing dairy complexes are ''not very profitable'', have no breeding stock and have ''low rates of raw milk production'' (8-9 tonnes of raw milk a day). With the launch of the complex for 3,550 heads, Severnaya Niva Tatarstan expects to increase milk yield by 10 or more times — up to 90-100 tonnes of milk. The plot of almost 30,000 hectares of land has been reserved for the preparation of forage and the creation of a forage base.

The most probable launch date of the mega-farm is the beginning of 2020. Sources close to the ministry of agriculture and food of the Republic of Tatarstan claim that Sberbank has opened a credit line for the implementation of the Tatarstan project at almost 1 billion rubles. The remaining amount is the company's own funds.

Naratly is attracting because of 30k hectares

Having opted for Naratly, Severnaya Niva Tatarstan was forced to opt out of reconstruction of the dairy complex in the village of Nadezhdino, Bugulminsky district, which had long been considered the priority number one. ''The selection of sites for the construction of the farm was conducted last year,'' said Pyotr Dubyansky. ''A barrier to development was that the area in Nadezhdino failed due to one point: we did not obtain a veterinary permit in connection with the presence on the territory of particularly dangerous object – burial ground for cattle. By this time, we had information about the welfare of the village of Naratly,'' he said.

After that, they no longer delayed the acquisition of the asset. The agent for the sale of farm Naratly was RACIN JSC, close to the ministry of agriculture and food of Tatarstan. According to Dubyansky, Naratly and the land under it for the construction of the mega-farm are being ''in the process of acquisition''. 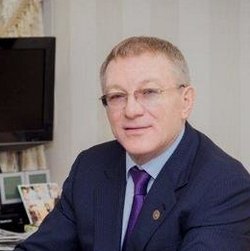 Naratly was transferred to the ownership of Severnaya Niva Tatarstan under a treaty and the investor will pay us during several years,'' confirmed Director General of RACIN JSC Askhat Sharapov.

According to him, an agreement was reached with the buyer that ''he can return unnecessary mechanisms and equipment on account of debt repayment'': ''The investor made the term — we do not need your equipment.''

The parties have not disclosed the cost of the transaction for the sale of Naratly complex. Sources in the ministry of agriculture claim that the transaction was not expensive, but do not name a specific value. ''This farm, as such, they (EkoNiva — editor's note) do not need — they need land,'' explains the interlocutor, familiar with the terms of the sale. ''They will not stop on construction of one farm, they are going to build in the Bugulminsky district two more equally large-scale ones by 2020. These are the investment commitments they have made. For this reason, EkoNiva needs 30,000 hectares of land to produce feed for three livestock breeding complexes. We gave these lands with pleasure if only he invested in the area and built complexes. Now there are cattle, because our policy is not to reduce the number, but to increase. It is expected that in September they build a farm and bring their own cattle, and the current livestock (1,200 cows), if it suits the Germans, will move to new modern farms. He cannot just go and get rid of the cattle, people work there, after all…'' It is expected that in September investors are going to build a farm and bring their own cattle, and the current livestock of cattle will move to new modern farms. Photo: ekoniva-apk.ru

The dairy complex Naratly, that attracted the Germans, is part of bankrupt Bugulminskaya Prodovolstvennaya Korporatsiya, which had long belonged to RACIN JSC. According to SPARK-Interfax, the equity capital of the company also included the poultry breeding plant Ptitsevod Bugulminsky PLC. Initially, 49% of Bugulminskaya Prodovolstvennaya Korporatsiya shares belonged to Tatagrolizing JSC (49% of shares) and Nail Zalakov (51% of shares), but since June 2011 the controlling stake passed to RACIN JSC, which owned it until 2014.

Milk will go not to Kazan, but Belebey

It is assumed that the daily milk yield from three farms can reach 345 tonnes a day, and EkoNiva itself will be one of the largest producers of raw milk in Tatarstan. But the German investors are planning to send the whole volume of future milk from Naratly for processing to Belebeyevsky dairy plant, not Kazan one. The capacity of the Bashkiria cheese producer allows to process up to 600 tonnes of milk a day, so the plant often lacks raw materials. Photo: mkset.ru

According to Pyotr Dubyansky, the capacity of the Bashkiria cheese producer can process up to 600 tonnes of milk a day, so the plant often lacks raw materials. Meanwhile, the former heads of the dairy complex Naratly claim that all fresh milk from the farm — up to 10 tonnes — was daily taken by milk tank vehicles of the Kazan dairy plant, despite a long distance to Kazan. At the same time, it is much more profitable to export milk to Belebey for EkoNiva than from other farms of the Volga region (launched in Orenburg Oblast).

However, to talk about it now — all the same as сounting one's chickens before they are hatched, noted the participants of the dairy market. They are confident that a reasonable compromise will be found, since Stefan Dürr is not just a fearless investor, but also the recently elected head of the board of the National Dairy Producers Union (Soyuzmoloko), the nomination of whom was supported by Minister of Agriculture of the Russian Federation Dmitry Patrushev.