The pension reform, the rise in VAT, the growth of oil prices and reduction in solvency worsened the consumer confidence index

The Russian State Statistics Service prepared data of sampling research of the level of the Russian's consumer expectations in the 4 th quarter of 2018. The service noted that compared to the previous period the indicator worsened again. The fall had been lasting for the third quarter in a row, while in the previous two years of expectations of the population had been uninterruptedly growing. Realnoe Vremya tells the details.

The consumer confidence index expresses general consumer expectations of the population. It contains several components about expected and already happened changes in the economy of Russia, personal material circumstances of the citizens and their changes, conditions for big purchases and savings and so on. 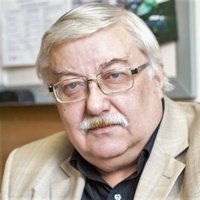 According to the Russian State Statistics Service, all components of the consumer confidence index have shown negative dynamics. Due to these factors in general, the indicator reduced from -14% to -17%, but the biggest loss was made by worsened subjective opinion of Russians about changes in the country's economy during the year. ''The index kept falling for the third quarter in a row already when Russia's population's consumer moods fell. There had been growth for 8 months. The trend interrupted at the end of the first half of the last year or so, the mood changed, the index went down,'' Director of the Centre for Market Investigations of HSE NRU Georgy Ostapkovich explained. The Russian's index of evaluation of economic events reduced in the 4th quarter by 5 per cent points – from -16 to -21%. Meanwhile, the index of expected economic changes was a bit higher and totalled -13%. Nevertheless, it reduced too – it was -11% in the previous quarter.

The share of the surveyed people who evaluate past events in the economy of Russia only positively reduced to 12% at the end of the year (14% in the 3 rd quarter), while the number of hostile respondents grew by 6 pp – from 40% to 46%. The quantity of respondents who estimated the changes in the economy neutrally also decreased – from 45% to 42%.

16% of respondents have an optimistic outlook on the economy of the country – as much as in the previous quarter of 2018. But the number of negative opinions rose from 32% to 35%. 46% (earlier 49%) hope the situation will remain at the same level.

In Ostapkovich's opinion, the pension reform and the rise in VAT from 18 to 20% affected these evaluations: ''The population understood that manufacturers would make them 'pay' for the rise – so did it happen in part that the end consumer became the payer''. The citizens' expectations also affected higher oil prices in its own way. ''Prices not for daily used items have increased, there won't be a strong blow, but it also influences the price. A new rise in prices for oil is likely to happen in March-April,'' the expert supposes. ''No objective reason for the situation to get worse''

Head of the Monitoring Research Department of the Russian Public Opinion Research Centre Oleg Chernozub notes that the centre's surveys correlate with the data of the Russian State Statistics Service: ''Consumer moods in our [Russian Public Opinion Research Centre] several indicators worsened. I can give an illustrative example: on the New Year holiday, citizens spent less money than last year: if last year 18% of Russians didn't go anywhere (even didn't visit anybody) on New Year, this year they are already 29%. Indeed, there is a certain decline in the moods.''

The department's experts evaluated the Russians' moods depending on age: consumer expectations of the 30-49-year-olds reduced most (by 4 pp). The older generation (from 50 years) is more optimistic, the fall in expectations in their age group totalled 3 pp. Moreover, the respondents from 16 to 29 years showed growth of mood by 1 pp. ''The older generation shouldn't be more optimistic. Although pensions were indexed as it's promised to be this year too, so it's unlikely something will dramatically change,'' Ostapkovich goes on. 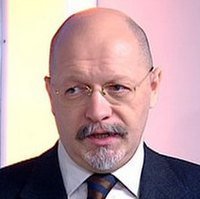 At the same time, in Oleg Chernozub's opinion, there aren't any objective prerequisites for the situation to get worse. Probably the government's behaviour, which is preparing for possible deterioration of the situation in the world economic system, affected the moods, he noted: ''The prolongation of the pension age, the rise in taxes in several articles by several points, a slight increase in utility bills – of course, such a background creates a situation of uncertainty about tomorrow and nervousness, which is also noted in our research. People should be explained that it happens not because the government doesn't have money – there is money in spades – but because it's necessary to create very powerful reserves in case the situation in the world suddenly gets worse, and such a scenario exists. Not to be in the situation of the 80s when the combination of several unfavourable factors for the USSR ended with the loss of the country. So, in my opinion, the government does everything correctly but is bad at explaining the logic of its actions.''

The index of expected changes in the personal material circumstances amounted to -10% by having reduced by 4 pp in comparison with the 3 rd quarter of 2018. The amount of optimistic respondents also reduced – 10% instead of 12%. The share of hostile citizens immediately rose by 5 pp and reached 26%.

The index of the past events in the personal material circumstances fell from -12% to -14%. Still 9% of Russians positively evaluate their well-being, 33% people do positively against 31% in the previous quarter. Respondents consider conditions for savings in the 4 th quarter a bit less favourable than in the 3rd quarter, the indicator fell from -35% to -36%. The index of ease of making big purchases showed small growth, the rise totalled 1 pp to 25%.

''In 2018, the population's real disposable incomes aren't reducing, they don't grow either, there is stagnation. The Russian State Statistics Service will publish data for the year in early February, I'm sure it will be approximately zero. They fell from 2015 to 2017 – the statistics service detected the first fall in November 2014, they had been growing monthly before. In 2018, I think the positions will be near zero – the greatest growth by 0,1-0,3%. Aleksey Kudrin also named these numbers. Real salaries grew last year, however, it's crafty numbers, it's better to compare with real incomes,'' Georgy Ostapkovich notes.

The Central Bank's decision on the key rate as well as the inflation outlook influences the population's expectations – the regulator established the bar at 5-5,5% in 2019, Ostapkovich continues. ''In addition, the Central Bank interrupted the reduction in the key rate, now the loan rate will only grow. It means long money for producers, including working money for commerce, will become more expensive,'' the expert states. ''Where will commerce ''compensate''? It will fix a price, inflation will go up in the end. The population's real disposable income, that's to say the population's solvency reduces as much as inflation grows.'' 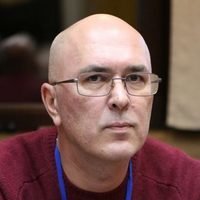 Director of the Laboratory of Structural Studies of RANEPA's Institute for Applied Economic Research Aleksey Vedev also explains the continuation of the fall in the index by zero growth of the population's income and growing inflation and devaluation: ''People evaluate their incomes less and less from a perspective of access to services and goods. Incomes grow very slowly, inflation and the ruble rate accelerate, incomes devaluate. In addition, Vedev says the situation is better in regions where the economy has a commodity component: ''For instance, Samara is rather 'no' than 'yes', it's process manufacturing that feels bad. The situation in Tatarstan is better, there are investments, clusters are created.''