Rustam Minnikhanov: ''It’s very prestigious if the car is manufactured in our republic''

Sollers factory in Alabuga SEZ will become a production site of luxury Russian cars Aurus, one of which Vladimir Putin drove during his next presidential inauguration. It's planned to produce 5,000 cars a year from 2020 there. The Tatarstan president has already commented on the news and noted that the production of Aurus was very prestigious for the republic, while Sollers met these goals. Although nobody has ever driven a premium class car besides Putin, Realnoe Vremya's experts suppose the Russian analogue of Rolls-Royce, Bentley and Mercedes-Maybach has chances of success. Realnoe Vremya tells the details.

It's planned to launch mass production of Russian Aurus cars at Ford Sollers factory in Alabuga from the middle of 2020. In an interview with TASS, Minister of Industry and Trade Denis Manturov claimed that 2019 would become a preparation. It's expected there will be created capacities in the factory to make 5,000 cars a year.

NAMI Scientific Research Automobile and Automotive Engines Institute has been creating the car since 2013. 12bn rubles were spent on Cortege project from the federal budget. Aurus is designed to transport top officials of the country. So Vladimir Putin drove the Russian premium car in public during the Russian president's inauguration on 7 May 2018. Aurus Senat limousine was chosen for such an important event. It's easy to identify this model by a big silver frame on the bonnet.

At the annual meeting with journalists on the New Year eve, Tatarstan President Rustam Minnikhanov told he knew about the plans to make the cars in Yelabuga in the mass media but he was aware the Industry Ministry carefully examined possible sites. Particularly this question the head of the republic personally discussed with Denis Manturov. ''It's a very high-class Russian VIP car. To tell the truth, firstly, when Cortege project began, it was doubted if we could do it. But, actually, it's a very modern-day, quality, decent car,'' Minnikhanov noted.

According to him, Ford Sollers well suits as a site to make the series of Russian VIP car.

''The question isn't that we are good or bad. A site with an advanced car production system is needed. Ford Sollers, first of all, is very flexible. Secondly, it has the best welding system, very good painting. Ford's standard is very high,'' the president commented.

The production of Aurus in Alabuga is a reputational moment for Tatarstan, Minnikhanov is sure.

''It's very prestigious if the car is manufactured in our republic,'' the head of the Republic of Tatarstan noted.

In the process of certification

The name of Aurus brand consists of two words – aurum (gold) and Russia. This family of cars has three models named after Kremlin towers. If the limousine and the executive car were called Senate, the minivan is Arsenal and the off-road car is Commandant. 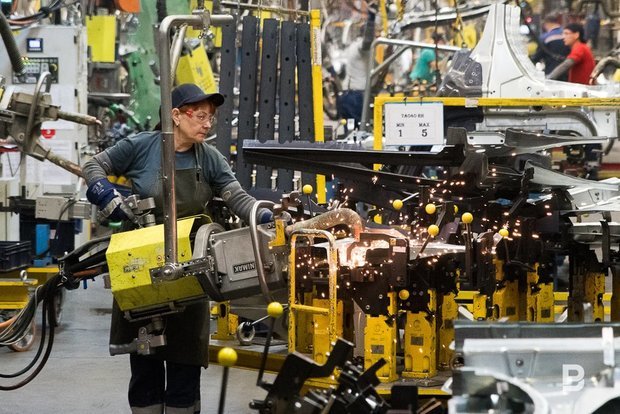 Realnoe Vremya sent a request to Ford Sollers. However, the company refuses to reveal any details at the moment. Photo: Maksim Platonov

''The production of the test sample to test this model goes on. It's the second series of prototypes already where remarks found during tests of the prototypes of the first series have been corrected. We need to prove the sufficiency of constructive solutions in these cars to eliminate the earlier found remark and then switch to prepare for the certification. In February-March, we will have a prototype of the SUV off-road car called Commandant. The production of the body has already begun,'' the minister told.

Aurus PLC was deliberately created for the brand of luxury cars. 60% of it belong to NAMI, 30% — to a partner from the Arab Emirates Tawazun and 5% to Sollers. Now NAMI produces the cars. The enterprise can produce a maximum of 220-250 cars of this project a year. In October, Director General of Sollers Vadim Shvetsov told that requests for Aurus had already exceeded the production capacities two years in advance. He calls the Aurus cars rivals for Bentley, Rolls-Royce, Mercedes-Maybach and noted the Russian car is 15% cheaper. Manturov assessed the value of the serial production of the car at over 10m rubles. It's known that Avilon and Panavto became the official dealers of Aurus. Avilon started to accept advanced payments from buyers in early December 2018 already. The advanced payment totals 1,5m rubles.

Realnoe Vremya sent a request to Ford Sollers. However, the company refuses to reveal any details at the moment:

''There won't be any official comment on this topic,'' PR coordinator of the company Indira Salimgarayeva told our newspaper.

President of the Association of Russian Car Dealers Vladimir Mozhenkov notes that at the moment the only thing that's known about Aurus, the industry minister says, that the president and his circle are its key users. 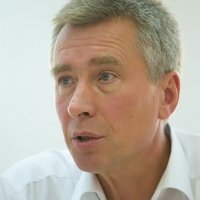 ''It's, in fact, unclear how they will look like. I heard that all quotas have already been purchased. I want to believe in it. But it's done hardly because nobody has approved this car apart from the president,'' the newspaper's interlocutor says.

Nevertheless, he welcomes the launch of the production in Alabuga, though he specifies that the market will show if the Russian premium class car will be in demand.

''But it's good news. It means the car making sector develops in Russia, including in this project,'' the expert thinks. ''I thought the lot will be made only for state functionaries, and that's it. But, no, they try to expand production to repay the project. If the cars are sold at the fixed price, they will be sold further on. 5,000 is a good volume,'' Mozhenkov thinks. 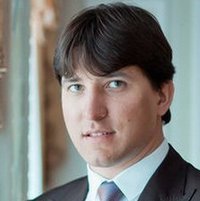 ''At this moment, we can just state that nowadays demand exceeds supply. In the long term, everything will turn on the policy of creation of the dealership network and distributor's policy, in general. Sales at the level of 5,000 cars in the 10m plus segment are ambitious, of course. But we shouldn't exclude prospects of this brand. The presence of state support of this brand's sales will also play an important role,'' the expert says.

Candidate of Economic Sciences, industrial expert Leonid Khazanov calls plans for production of Aurus in Russia quite realistic and notes that they will be fulfilled in Alabuga Special Economic Zone with good tax concessions for its residents. 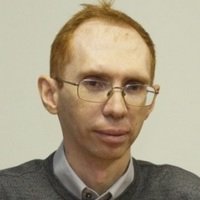 ''In addition, Aurus will be made of Russian metal, the value of which is 10% lower than the metal used to make the foreign analogues. As a result, Aurus can cost potential purchasers 15-20% cheaper than Rolls-Royce, Bentley and Mercedes-Maybach. Nowadays the interest in Aurus grows, this is why Avilon started to receive requests from future buyers. In addition, I won't surprise if their considerable part comes from abroad, for instance, from the Near East because the Tawazun from the United Arab Emirates is among the founders of Aurus joint venture: luxury cars are respected among high-ranking clients like in China, which is in the top world leaders in number of billionaires and millionaires. This is why there is big room for work to sell Aurus,'' Khazanov says.