Functionaries are offering to divide Russian regions into strong, medium and weak. The latter won’t be allowed to take out new market loans

The Government of Russia continues fighting against too many loans in some regions. After last year's moratorium to grant budget loans, it wants to ban financially weak regions from taking market loans– except money to refinance an existing debt. In experts' opinion, this will help to get rid of manual control of regional money. Realnoe Vremya tells the details.

On Monday, the Government of Russia introduced amendments to the Budget Code to the State Duma: a 137-page bill is to tighten rules for regions to take out loans.

Several key offers can be pointed out from the big list. Firstly, functionaries want to reduce the cap of regional costs on public debt payment. According to existing rules, it's 15% of the total volume of budget costs of a region, the bill offers to lower the bar to 10%. ''The existing restriction is hardly able to forecast dangerous higher risks of solvency of a region beforehand,'' the functionaries write in an explanatory note. In addition, the government notes that 10% bar complies with the world practice.

Secondly, the restrictions are imposed on a total sum of annual public debt payments: the regions will be able to spend no more than 20% of the volume of taxable and non-taxable incomes as well as federal grants to pay off major liabilities and their interest. The Russian Finance Ministry will classify regions by risk groups and so on, depending on results, it will make them concessions in rules or impose additional restrictions. Photo: minfin.ru

Another offer is linked with debt sustainability assessment. The Russian Finance Ministry will classify regions by risk groups and so on, depending on results, it will make them concessions in rules or impose additional restrictions. For instance, regions with high debt sustainability will be allowed not to agree on loan programmes with federal authorities.

Regions in the high-risk group will be able to take out market loans only to refinance their existing liabilities. They are also obliged to make up and implement a solvency recovery plan.

Experts say the change in the cap of expenses to pay off a debt can be considered rather a formality: ''The 15% cap was very high, and as I understand, no region has jumped higher during this time,'' says Director of the RANEPA Centre for Regional Reforms Aleksandr Deryugin. So the government ''simply raised the upper bar from too high to quite a high level''.

Junior Director on Corporate and Sovereign Ratings at Expert RA Aleksandr Shurakov says the same thing. According to him, last year, Khakassia (9,5%), Kostroma Oblast (6%) and Astrakhan Oblast (5,3%) were ''leaders'' in the ratio of debt payoff costs to general budget costs. This year, ''last year's records won't be broken'': for 9 months, Mordovia with 5,5% is the ''leader''. So the reduction in the highest bar of costs is rather looking back to the previous experience, he thinks. As for the restriction of the total sum of annual debt payoff, here the Finance Ministry runs a risk of making a mess, Shurakov goes on. For instance, if a region has unexpected income, it won't be able to pay off a debt beforehand, as the sum will exceed the 20% bar.

The ban on market loans for regions with low financial sustainability indicators means that regions with a big debt burden will, in fact, lose an opportunity to get a new debt: ''Refinance, no more. It's a common practice, as sometimes it's the only way to avoid a situation when the region turns out insolvent,'' Deryugin explains.

The federal centre has been coping with the too heavy debt burden of specific regions since the last year. This year, the government has launched a programme to restructure budget loans designed for 7-12 years. According to the programme's terms, the Russian regions will be able to pay back only 5% of the total debt to the federal budget in the first 10 years, such a payoff scheme should save 428bn rubles. At the same time, the Finance Ministry stopped granting new budget loans to regions.

Generally speaking, the situation with the regions' public debt has really improved: for 10 months since the beginning of the year, the total size of regional liabilities reduced by 184,6bn rubles (8%) – to 2,1tr rubles as from 1 November. The number of regions with too many loans has also shrunk.

However, the state of affairs in the key troubled regions remains bad. So liabilities in Jewish Autonomous Oblast, Karachayevo-Cherkessia, Khakassia and Kostroma Oblast exceeded their taxable and non-taxable incomes in the first half of the year, they reached 250% of these incomes in Mordovia. 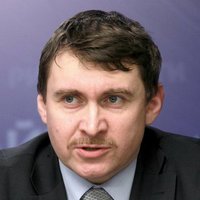 In Aleksandr Deryugin's opinion, the new rules offered by the government will help to get rid of the ''manual control'' of regional money. It became possible to reduce the volume of regional debt by the rules applied when granting budget loans and equalisation transfers. These rules, Deryugin says, were stricter than those explained in the Budget Code: ''There was a question: why do we need budget rules if regional budgets were balanced through other mechanisms.''