Vsevolod Chaplin: ''We should tell about love, not sex, loyalty, not change of partners''

About the appearance of sex education classes at school

Vice Prime Minister Tatiana Golikova has recently claimed that children should be told about contraceptive methods at school. Minister of Education Olga Vasilyeva noted, in turn, this topic must be discussed in the family. The theme of sex education of schoolchildren is regularly raised by both public activists and top functionaries. The Russian Public Opinion Research Centre presented its version. Archpriest Vsevolod Chaplin couldn't bypass the discussion. In a column written for our online newspaper, the Orthodox cleric looks for sources of such initiatives and forecasts negative consequences of such sex education.

What kind of education is meant?

The theme of sexual education at school, which many people consider as a relic of the 90s by default, has unexpectedly arisen in the public. Vice Prime Minister Tatiana Golikova offered ''to explain boys and girls early at school what contraception is, what it can lead to, to prevent unwanted pregnancy among teenagers''. Later the Russian Public Opinion Research Centre announced that 21% of the country's citizens and 39% of people who chose ''likely'' supported sex education classes. 12% and 15% of the respondents were respectively ''against'' and ''likely against''.

However, our eternal enemy, as it's known, is hidden in detail. Was it explained in the survey what kind of education was meant? Taking advantage of a post-Soviet layman's naivety 25 years ago, ''advanced'' teachers and their overseas masterminds intended to introduce courses at school where homosexual and even ''interspecific'' interactions were normal. The aspiration to tell about the technical side of sex in such courses was habitual. Then parents immediately raised the alarm. Psychologists, politicians, priests, including your humble servant, joined it. Sadly, the protest of teachers who got used to submissively accepting new trends from Moscow since the Soviet era was fewer.

I think people's moods haven't dramatically changed in the last years. When our citizens are asked about sex education, they likely to think about a preparation for a family life – as well as ''occupational safety''. Without even guessing that their children might be forced to put a condom on a banana or positively answer questions if having sex with animals was normal in the end. 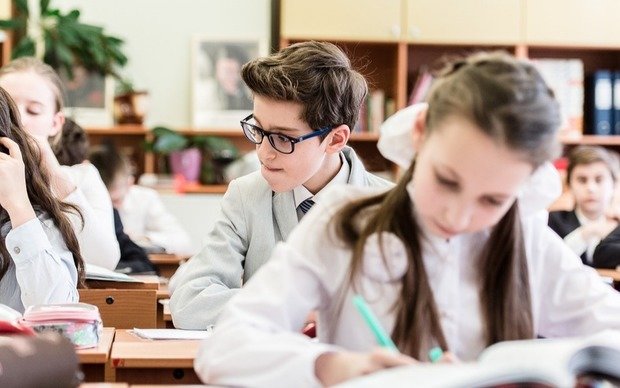 The Russian Public Opinion Research Centre announced that 21% of the country's citizens and 39% of people who chose ''likely'' supported sex education classes. 12% and 15% of the respondents were respectively ''against'' and ''likely against''. Photo: tolknews.ru

It's the version that those who are behind a persistent and aggressive lobby of sex education according to international (think western) recipes try to push forward. It's different UN bodies whose goal is to restrain the population from growing on the Earth. Do you think it is alarmism? Unfortunately, in one of the publications in 1994, the International Planned Parenthood Federation defended the right of teenagers from 10 years old to have a sexual life and recommended them to read texts where teenagers are offered to use services of prostitutes and have an affair ''with teenagers and younger children''.

From bad to worse. This year, UNESCO has adopted a new edition of a document on sexuality education – the International Technical Guidance on Sexuality Education. This guidance is going to teach schoolchildren different ''tricks'', including abortion without their parents' permission. Homosexuality and ''the choice of gender'' are one of the key topics of the document, of course. A teacher should ''define what gender and biological sex is and explain the difference between them'' to 5-8-year-old children. Then children are offered to ''think what they think of their biological sex and gender''. At 15-18 years, teenagers will already be told about the harm of homophobia and transphobia, that ''all people should be able to love who they want''. Practical lessons to express support to people who face the mentioned phobias are also considered.

By the way, we're talking about an official document of the international organisation where Russia is also represented. Was there any protest? Did they try to change this text in accordance with our values? Or do diplomats and functionaries, in fact, agree with the thought that our country will need to accept the anti-values of this document in the end? Like might is right? ''If their initiatives propagate anti-family behavioural models, it means they, in fact, work on demographically weakening and self-destruction of Russia to please our eternal rivals.'' Photo: hram-tih.ru

They should tell about love, not sex

As we have to write and tell many times that these UN and Soros's followers' goals are very simple. Abortion, homosexuality, irresponsible fornication, propaganda of contraception, the ''choice of gender' kill traditional families together with demography. Ideologists of this tendency would like to see the population of Russia to reduce to 20-30 million people concentrated in several agglomerations (including exploiters of natural resources working on a rotation basis). Will Russia itself, that's to say, we agree with this scenario? This question should always be kept in mind when we talk with sex education with sociologists and, moreover, we will know about the next pedagogical experiments like the above-described tendency.

This is how any functionary's statements and plans should be evaluated. If their initiatives propagate anti-family behavioural models, it means they, in fact, work on demographically weakening and self-destruction of Russia to please our eternal rivals.

Modern-day schoolchildren know about the technique of sex better than adults – teenagers had known about it by 15 years in the Soviet era. Teenagers at school shouldn't be told how to put a condom on – they will learn it in a minute on the Internet. We should tell them about love, not sex, loyalty, not ''change of partners'', not homosexual and interspecific interactions, a real family, with many children, with many generations that knows how to handle any difficulties where a lonely person usually breaks down and ends his life broken both spiritually and psychologically. There is a big number of such families in reality that surrounds us, not to mention literature, cinema, theatre and music, which are also quite contemporary. As much as cynical and bad today's teenager looks, believe me, he will understand and believe. Because it will be the truth, indeed.