Although Russia's refining capacity is rather small compared to global figures, the country is a major exporter of refined products to the world's energy markets due to state policy on export taxes. However, a tax manoeuvre planned by the Kremlin is likely to shift the focus to meeting local demand.

The Russian government's intention to reconsider the country's hydrocarbon taxation policy is aimed at creating a globally competitive refining system and making Russia self-sufficient in gasoline, says Forbes citing Wood Mackenzie's analyst Alan Gelder. He considers any changes to Russia's taxation system to be important, as it affects the volume and quality of the refined products exported to the global market.

Russia is a significant player in the global energy market, but its refining capacity of 6,5 million bpd is rather small compared to the global capacity of over 102 million bpd. Nevertheless, the country is a major exporter of refined products with supply volumes almost equal to those of major Middle Eastern suppliers due to the Kremlin's policy on export taxes.

The local refining sector in Russia is primarily owned by private companies, but some of them have the government as a major shareholder. Besides, the Russian government operates a complex system of taxes and tariffs that affect Russian refining economics. Currently, export tax is lower for refined products than for crude, so it is more profitable for Russian crude producers to refine their oil and then export oil products. Diesel/gas oil is mostly supplied to Europe, while intermediate residue streams are exported to the US Gulf Coast to be converted into high-value fuels such as gasoline. Fuel oil goes to Singapore as bunker fuel for shipping. 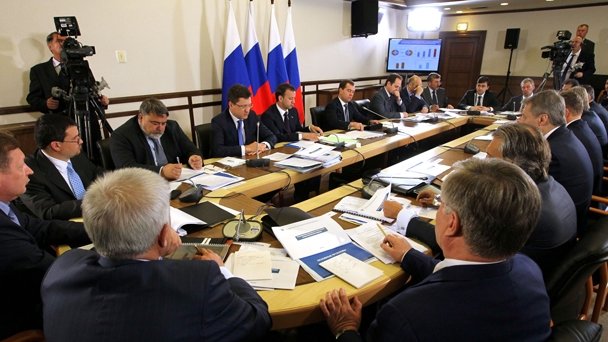 The policy implied by the Russian government over the past few years was aimed at making high-quality fuels more profitable for refiners than fuel oil and other intermediate streams. As a result, many Russian companies upgraded their refineries, installing additional cokers and hydrocrackers to convert low-value fuel oil into additional diesel/gas oil.

Now Russia is reconsidering its hydrocarbon taxation policy. The government is planning to introduce a system of rebates instead of the existing export duty tax system to ensure that refiners process enough crude to satisfy domestic demand without increasing local retail prices. The move may entail a number of implications, for example, smaller Russian refiners that have not yet upgraded may suffer losses or even close. Besides, investments that are currently planned but not underway will likely not proceed, believes the analyst.