Tatarstan together with Perm and Udmurtia to be united in Volga-Kama macroregion?

A typical example of pseudo-reform or the preparation to abolish ethnic republics: why Russia will be divided into 14 parts

Russia will be divided into 14 macroregions. It is provided in the Spatial Development Strategy proposed by the Ministry of Economic Development. In the division into macroregions, many saw not only a way to equalize the socio-economic situation in the country, but also the goal — to enlarge the regions and eliminate ethnic republics. Experts interviewed by Realnoe Vremya believe that if this happens, it will be not in our lifetime. In general, they evaluated the effectiveness of the future reform in different ways — some believe that it will help to attract recipient regions, others see it as creating the semblance of rapid activity.

To divide into 14 parts to create the single whole

Apparently, the Volga Federal District will be divided into two parts: Volga-Kama, Volga-Ural. Tatarstan, apparently, will belong to the Volga-Kama macroregion.

It is assumed that the division into macroregions will provide better conditions for interaction between the subjects. Each macroregion will include at least one major centre of economic growth. This will contribute to a uniform territorial distribution of investments and overall socio-economic alignment. ''The country will become even more united not only in administrative and political, but also in socio-economic terms,'' Senator from Voronezh Oblast Sergey Lukin commented on the development of the Spatial Development Strategy of the Russian Federation at parliamentary hearings.

The talks about the new territorial division began last year. The Telegram channel Metodichka wrote that the Office of the President until 2024 outlined the task of consolidation of the regions. They will unite in terms of economic potential and abandon the ethnic-territorial model, and the Volga region will become an experimental platform. Allegedly, Tatarstan, in exchange for the role of the leader of the macroregion, should abandon the expressed ethnic ideology, as other ethnical republics join the region as well.

''Nobody is going to abolish the territorial division''

However, experts interviewed by Realnoe Vremya believe that the strategy of spatial development is not about the consolidation of regions and especially not about the elimination of ethnic republics.

''Nobody is going to abolish the territorial division. At this stage, we are not talking about 14 regions instead of 85. If there is such an idea in the future, it needs to be very seriously considered and it requires serious justifications. But at the present stage, Bashkiria, and Tatarstan, and all the rest will remain within its borders and ethnic and cultural characteristics. It is impossible to destroy ethnic-cultural features because it is the heritage of the country, but not problems,'' said Andrey Kolyadin, a political scientist, former employee of the Administration of the President of the Russian Federation, former deputy presidential plenipotentiary to the Ural Federal District. According to Kolyadin, Tatarstan can be the leader of the Volga-Kama macroregion, if the economic driver is taken as the basis.

''The way it develops, how the relationship between the elites is built, says that this region can be relied on as an economic driver. There are political points — this is Nizhny Novgorod, where the mission, the main federal agencies are located. But I can't say that Nizhny Novgorod is comparable in terms of socio-economic growth with Tatarstan, nevertheless, there are territorial and political divisions that can also be relied upon, and in principle, there are many worthy regions — Saratov, Samara, and Perm. I think that if you determine the role in the development of each of the regions, then a good socio-economic cluster can be made, which will benefit the state,'' says Kolyadin.

In general, the analyst evaluates the initiative for the creation of macroregions positively: ''Most of the unifications of economic, social space are completely logical. They assume that first this economic space is carefully studied, the potential and prospects for the development of each of the areas are weighed, and then some clusters are formed, in this case, 14 clusters of the Russian Federation, in which it is clear what to do, what to invest in, what directions to develop. And I think it's a normal decision, it's better than when everything remains as it is and no one is doing anything.''

However, Kolyadin noted that in the Far East and the North Caucasus, which have become the first macroregions, the obvious effect is not noticeable. 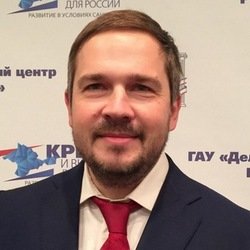 Igor Ryabov, a political scientist, Deputy Chairman of the Expert Advisory Council under the Head of the Crimea, believes that the division into macroregions does not involve the unification of subjects.

''There will remain subjects, heads of regions. The regions of the North Caucasus — Chechnya and Ingushetia – have not been united, after all. I see no danger in this. Maybe someday someone would think about implementing the Zhirinovsky's proposal to eliminate ethnical entities, but not under this president and not in our lifetime. This is one chance in a million,'' Ryabov says.

According to him, the division into macroregions will give little to the economy.

''We have experience in singling out the Far East and the North Caucasus. Someone believe it to be successful. But I do not. From the Far East, the population continue to leave — those who can, went to Singapore, Thailand, China, others to Moscow. The only region that gives population growth is Yakutia. Population growth, I think, is a real indicator of sustainable economic development.''

''This is an attempt to change something without changing anything''

According to Ryabov, the solutions for economic growth should be quite different.

''The cooperation of subjects is not the main thing. The main thing is the economic climate in the country, the investment and business climate, the lack of pressure from law enforcement agencies, private property, avoiding excessive bureaucracy and business regulation. Interregional integration will take place regardless of whether there will be a formal division into macroregions or not. This is an attempt to change something without changing anything. It is necessary to change something systematically for economic growth in the country. The Moscow budget is 2 trillion rubles, there is the town of Aldan – it is a ''dead'' city. Why? Because the company Aldanzoloto is registered and pays taxes in Moscow,'' says Ryabov.

According to the political expert, the problem of economic growth in the concentration of capitals in the capital, and to make the territory to develop evenly, it is not enough to divide the country into 14 districts — it is necessary to change economic policy. Political strategist Abbas Gallyamov is skeptical about the division of Russia into 14 macroregions.

''It is a typical example of pseudo-reform. They occur when the elite begins to understand that nothing can be done, but they are still scared to change something in essence. Then such ideas are born — on the one hand, they do not threaten the existing order, and therefore do not pose a threat to their authors, but on the other — relieve them of accusations of doing nothing,'' says Gallyamov.

Ilya Grashchenkov, the director of the Centre for regional policy development, has different opinion. The studies conducted by the centre show that the current state of regional policy rests on its undifferentiation and the spatial development can smooth the socio-economic situation of the regions.

''It is difficult to find a common approach to the development of, for example, the Jewish Oblast or Khabarovsk Krai — different potentials. Indeed, for the spatial development we need A class regions (locomotives), around which there will occur the so-called spatial development. For example, Siberia, Yenisei, Baikal model are projects of this level, advancing the weaker regions due to resource regions. At the expense of Krasnoyarsk investments — Tuva and Khakassia, at the expense of Irkutsk region — Transbaikalia and Buryatia. The same macroregions in the Caucasus, the Urals, in the centre, will help to develop the country strategically and evenly.

According to the expert, the abolition of national republics is out of the question, they will remain and in some cases will become the locomotives of macroregions.

''The ethnic republics will remain and in some cases will become locomotives. It is obvious that Tatarstan and Bashkiria have such potential, and in the Caucasus — it is Dagestan, Chechnya. In the Far East, this approach has an effect — the potential of Kamchatka (investments in the NSR, LNG project, tourism), Primorye, Amur Oblast are revealed. Investments came there as in a macroregion, and this is a very right decision. The US also developed like this at the time, as well as Asian Pacific countries and so on,'' Graschenkov believes.