As a separate country, the national team of Croatia started to compete in the final part of the world cup in 1998. The Croatians managed to show their power from the beginning by winning a bronze medal at the World Cup in France. In addition, they could reach the final, and even the score was in their favour in a semi-final against the host of the tournament. However, Thuram's goal didn't allow the Croatians chaired by their leader Davor Šuker to directly reach the decisive match of the tournament. Croatia was going to get to the final part three times then where it also was third. But this all was at the group stage, and the squad has never reached the 1/8 finals. The Croatians also qualified for Russia with some difficulties. Giving the first line of the group stage of the WC qualification to Iceland, Zlatko Dalić's players faced play-offs. Greece became its rival there. After the first meeting, which ended 4-1 in favour of Croatia, they shouldn't lose the advantage they gained in the away match. The Croatians did it and got to Russia thanks to a draw 0-0. 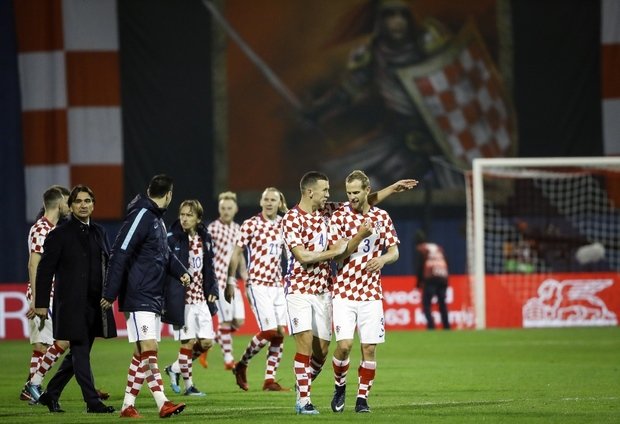 The name of the Croatian squad's head coach isn't valued in Russia so much. And it's clear because Zlatko Dalić is relatively a new figure in the world of coaches, at least for Europe. The achievements of the Croatian specialist are linked more with Arab teams, it's unlikely they cause amazement among others besides representatives of these countries. For Croatia, Dalić is a kind of successor of the idea of very Miroslav Blažević with whom the squad achieved successes in 1998. But Russians know the head coach's assistance better than Dalić. It's impossible not to know former CSKA forward Ivica Olić.

The midfield can be recognised as the leader of Croatia. Yes, Luka Modrić, Madrid Real player, is the driver of the national team, of course. However, other players show off no less. For instance, we can point out Ivan Rakitić from Barcelona, Ivan Perišić, Marcelo Brozović and even substitute Mateo Kovačić. Though such a big choice is a headache for the coaching staff, it certainly gives more chances to change the line-up and the tactical formation of the squad. The group stage is expected to be an uneasy challenge for Croatia. Argentina headed by Messi, Iceland from which the Croatians have already suffered in the WC qualification and Nigeria that has missed the tournament will keep Dalić's players company. In this situation, a correct choice of the base camp where Croatia will be preparing for these matches will be the most important thing. For this purpose, they chose Leningrad Oblast from where they will have to fly for the matches in Kaliningrad, Nizhny Novgorod and Rostov-on-Don.