Guests from China: Tatarstan hopes for Chinese loans and help from Alibaba

Tatarstan delegation headed by President of the republic Rustam Minnikhanov visited China, Zhejiang and Fujian provinces, on May 17-18. In two days of the business visit, they got acquainted with largest Chinese company Hikvision, which is discussing the launch of projects in Tatarstan with ICL and whose technologies for analyzing images from video surveillance cameras are of interest to the republic. In addition, Tatarstan has seriously taken up to make local companies available on the largest online platform Alibaba. Read the details in the material of Realnoe Vremya.

For growth to China

The foreign trade turnover of the republics exceeded $550 million for the first time last year. According to the assessments of the head of Investment Development Agency Talia Minullina, in 2018 this figure may grow by another 30-40%. This growth is expected thanks to including the agreements reached during the visit to the two leading Chinese provinces. As usual, it all started with cooperation agreements.

''Accordingly, these agreements will be of wide range. This is the development of relations in the field of not only industry, but also education, cultural, tourist and, of course, investment relations,'' said Talia Minullina.

The Tatarstan delegation told about the opportunities for Chinese investors at business forums. They also listed the measures of state support, which, according to the head of Investment Development Agency, are almost a prerequisite for the entry of Chinese business into the market.

The President of Tatarstan is expecting another visit to China in the near future, namely on May 28. This time to Shanghai, where he was invited by the president of the New Development Bank (NDB). 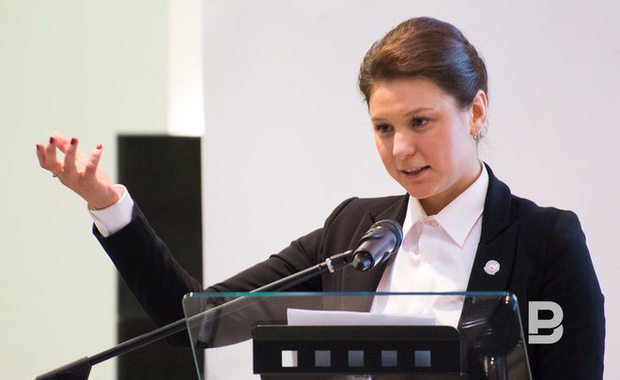 According to the assessments of the head of Investment Development Agency Talia Minullina, in 2018 this figure may grow by another 30-40%. Photo: Maksim Platonov

''It is a very large bank, they have good conditions for project financing. To date, we have reached preliminary agreements with them on two projects. One of them concerns wind energy. By the way, a lot of Chinese companies are interested in this topic. The second project is for deep processing of grain,'' said Minullina.

The head of Investment Development Agency also reminded that on May 28 in Naberezhnye Chelny it is planned to lay the first stone in the construction of the industrial park Haier, where the volume of declared investments amounted to $1 billion. The construction will be started by the director general of Haier in Europe.

Besides, according to Minullina, the repair has been already made, the network has been laid and the commission for residence in TOSER [territory of priority social and economic development] in Nizhnekamsk, where another large Chinese project at more than 400 million rubles enters, has been passed. We are talking about the creation of the production of painted coiled steel.

''We are thinking to 'marry' them a little with our YelAZ''

Returning to the subject of the briefing, the head of Investment Development Agency spoke about the enterprises the delegation visited in China. Among them there was the car company Chery, which also has a network of schools. Minullina sees cooperation with them in the region both in terms of training of personnel and in terms of localization of production.

''We think there is a potential. They do not consider production in the Russian Federation so far, but, I think that if we work well, then such question can arise,'' the speaker doesn't despair. 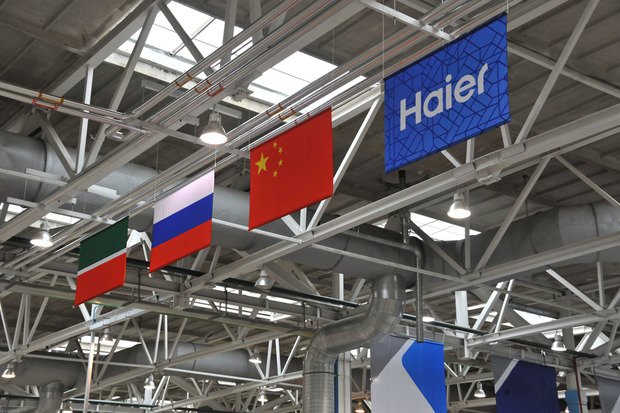 The head of Investment Development Agency also reminded that on May 28 in Naberezhnye Chelny it is planned to lay the first stone in the construction of the industrial park Haier. Photo: prav.tatarstan.ru

''We are thinking to try to ''marry'' them a little with our YelAZ [Yelabuga Automobile Plant], to look at how the line corresponds and whether a joint production can succeed here. If it does not, then we can offer them localization here,'' the head of the agency told about the plans for XGMA.

China will help to analyze video

Roman Shaykhutdinov, Minister of Informatization and Communication of the Republic of Tatarstan, was invited to the briefing as the second speaker. It is no coincidence, because in China, in terms of information technology, there is much to learn and with whom to cooperate. He said that in China they communicated with the leadership of the world's largest manufacturer of CCTV cameras Hikvision. The minister reminded that in Tatarstan the Chinese development has proved itself at the Universiade in 2013, and now more than 11,000 of their video cameras have been installed in the region within the programme ''Safe City''.

''The main purpose of our study is less connected with hardware component because many produce cameras today. Of particular interest are video analytics and methods, platforms, automatic data collection models that are obtained in analysis of video images,'' Shaykhutdinov said.

Tatarstan discussed holding joint pilot projects with Hikvision management. One of them concerns the facial recognition system, which is part of the functions of the biometric platform created in Tatarstan. In addition, Hikvision has signed an agreement with ICL-KPO VS on cooperation with the potential of localization of the platform and hardware solutions, study of software application in the Republic of Tatarstan, as well as localization of production for a special type of customers. In the latter case, as Shaykhutdinov said in response to the question of Realnoe Vremya, it concerns closed enterprises, in particular, the companies of petrochemical sector.

It is also planned to strengthen the system of eco monitoring in Kazan, Almetyevsk, Naberezhnye Chelny and Yelabuga with the help of video monitoring systems and to continue the project of biometric identification system at the enterprises and organizations of the republic. Now the objects where this system will be implemented are being determined. Shaykhutdinov said that this is done to ensure security and to ensure that employees have barrier-free access to the enterprise. A prerequisite for the system operation will be the storage of personal data in Russia. By the way, in addition to Hikvision, the delegation held a meeting with its main competitor — the private company Dahua, however, they did not report on the proposed joint projects, apparently deciding to focus on cooperation with the first company.

The news summary from Chinese fields are not over on this. Shaykhutdinov noted that the issue of using joint resources for the robotic logistics system is being discussed with the Chinese side. Speaking about the withdrawal from the Chinese market of retail stores due to the spread of e-commerce, the minister mentioned the development in Innopolis of its own robotic store akin to one Amazon opened.

''A similar project is being developed with one of the largest retail chains and Innopolis University. It is too early to talk about this, I think that following the forum in St. Petersburg, we will have something to talk about. A corresponding meeting will be held,'' the speaker commented.

Without a hub for Alibaba yet, but with Tatarstan companies

Tatarstan delegation had also time to meet with the leadership of Alibaba, including the vice-president of the company. They discussed the possibility of presence of regional companies on the largest Internet site. The discussion concerned not only exports, but also the sale of goods in the domestic Russian market. Local authorities see great prospects in this part in Tatarstan as the centre of the Volga Federal District.

''We have agreed that Tatarstan small, medium and large enterprises will participate more actively, and Alibaba, for its part, will provide methodological and technological support for the registration of an enterprise on this site,'' Shaykhutdinov noted.

A special competence centre will be created in the republic of Tatarstan to help companies, where they will help businessmen to enter Alibaba site free of charge. According to Talia Minullina, there is very few Tatarstan companies on the Chinese trade site so far. A special competence centre will be created in the republic of Tatarstan to help companies, where they will help businessmen to enter Alibaba site free of charge, Shaykhudinov said. Photo: prav.tatarstan.ru

By the way, earlier, just a couple of days ago, there was information that Minnikhanov offered Alibaba to create a logistics centre in Innopolis. As the minister of information and communication explained, since the Chinese company uses the structures of local enterprises, not owning its own assets, it was proposed to consider the possibility of organizing an intermediate warehouse in Tatarstan for further shipment of goods to the regions. ''But this is only if Alibaba decides to organize the logistics itself. We will remind that today Alibaba imports goods from their sites via networks of the Post of Russia,'' said Shaykhutdinov.