Trump vs Tehran: ''There will be no war tomorrow, while oil can reach a maximum of $80''

Oil prices have surged, and the ruble has become firm amid Donald Trump's statement about leaving the nuclear deal with Iran. However, it's early to gladden, experts warn and forecast negative consequences of the USA's refusal of the deal with Tehran. Realnoe Vremya tells the details.

Oil and ruble rose in price

Last late Tuesday, the US president announced they left the nuclear sphere in exchange for lifting sanctions from the UN Security Council and unilateral the EU and America.

Oil prices suddenly have gone up after the statement, as a consequence, the ruble has become firm. So on Wednesday, WTI's price increased by $2,08 (3,01%) per barrel and reached $71,14 – a record indicator in the last 3,5 years. Brent has gone up to $78 per barrel for the first time in the last four years. Analysts link this with fears of a fall of oil supply volumes due to the renewed sanctions against Iran. Now this country is exporting up to 2 million barrels a day.

The Russian currency is also rising in price while black gold is becoming expensive. On 13.30 at Moscow Exchange, the dollar and euro rates reduced by almost a ruble: 62,30 rubles/$ and 73,97 rubles/€ respectively. There have been jokes that Donald Trump gave Vladimir Putin a present by 9 May this way. But experts also warn about negative consequences of refusal of the nuclear deal with Iran for Russia and the world, in general.

The White House thinks that the Joint Comprehensive Plan of Action (JCPOA) left Iran a chance to create nuclear bombs skirting the restrictions. This is why America promises to return old and impose new sanctions against Tehran if it moderates ''nuclear ambitions''. At the same time, Trump announced the readiness to sign a new agreement. The European Union, on the contrary, urges to continue fulfilling the deal. Moscow added it was disappointed at Washington's step and called Trump's decision a curtain to settle a score in politics with Iran. Signal for Northern Korea and negative consequences for Russia and EU

''First of all, this shows the USA as an extremely unreliable and unpredictable partner in the process of negotiation. This can affect any other issues. Particularly, perhaps, the agreement of the Americans with Northern Korea regarding this country's refusal of nuclear weapons. Probably it will be such a signal for Northern Korea about the absence of guarantee in any agreements with the USA,'' noticed Doctor of Political Sciences, RANEPA professor and expert in geopolitics Vladimir Shtol. According to him, the USA's refusal of the agreement doesn't bode well for Russia either.

As our country has some relations with Iran, and the nuclear deal agreement was reached also with the Russian side: ''This is why negative consequences will be not only from a moral perspective but also quite a financial perceptive, moreover, for all participants, including Europeans.'' So particularly Russian losses can be reflected in the cooperation with Iran in the sphere of nuclear power engineering. With attenuation of sanctions, our country was going to supply equipment for energy units to Iran. Now the supplies are under question.

What is more, it's not very clear how the European Union will behave. What if the EU will support the USA and also refuse the agreements despite the statements? ''Judging by all latest steps of the Europeans as support of the Americans, I wouldn't exclude this completely,'' noticed Vladimir Shtol.

Unfortunately, the aggravation of international relations in the world around the situation with Iran not only became a ''good habit'', political experts complain: ''Every day has problems: refusals of agreements, tightening sanctions and higher tension in world security and regional conflicts.''

Vladimir Shtol thinks that the growth of oil prices against this background an artificial situation: ''It can unpredictably rise and fall, and even if Iran is a global player here, it's not the only one.'' This is why the expert doesn't share the expectations of catastrophic consequences of the rise or fall of prices for this resource. Mikhail Portnoy, Doctor of Economic Sciences, director of the Foreign Policy Research Centre of Institute for US and Canadian Studies of the Russian Academy of Sciences also has a similar point of view.

''I think oil prices won't grow too much. Iran wasn't a big supplier, it can reach a maximum of $80 per barrel. Though this will also have been a record indicator since 2014.'' Unlike his other colleagues, Portnoy thinks the European Union won't join the USA's sanctions against Iran.

''There won't be any war tomorrow. But we don't know what will happen the day after tomorrow''

Economist Dmitry Travin thinks the exit of Trump from the nuclear deal leads to an escalation of the instability in the world but doesn't exclude the possibility of military conflicts here: ''Of course, it's better when agreements are fulfilled. But here the distrust of the sides has worsened in recent time. There has already been an aggravation in relations. But this doesn't mean there will be a war tomorrow, and the Americans will land with their soldiers somewhere.''

Travin doesn't dare to forecast how European countries will behave in this situation: ''Europe is also different. Here we need to look at the development of the situation, there might be different interpretations. We remember the famous situation of the Iraqi war in 2003. Then a part of European countries supported the Americans, the other – didn't.''

Neither did the economist forecast the growth of oil prices. ''Such forecasts are charlatanism. I can understand why it's happening. If there is instability in oil-rich regions, prices almost always grow. But it's impossible to forecast how the market will estimate the scale of this instability. Now we see there won't be any war tomorrow because of it. But we don't know what will happen the day after tomorrow.''

''USA closed Tehran doors to expansion in Syria and Iraq'' 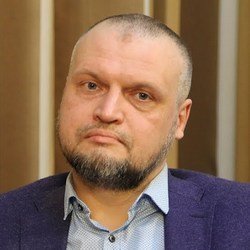 Political expert, expert in Islamic studies Kirill Semyonov thinks Trump's exit from the nuclear deal with Iran isn't as linked with the Iranian nuclear programme but, first of all, with expansionist aspirations of Tehran in the Near East.

''This is why a refusal to support terrorist organisations, including Hezbollah, is also named among the requirements for Iran. In fact, the nuclear deal opened Tehran doors to expansion. So the Iranian side has had the financial foundation for active foreign policy measures and financing of its numerous proxies, first of all, in Syria and Iraq. This is why the task of the American administration is to open these ''doors'' and leave Tehran without this foundation. And this is Washington's fulfilment of a number of its obligations in front of its Near Eastern allies – Israel and Gulf monarchies,'' noticed Semyonov.

According to him, the USA's exit from the deal, in fact, was a reply to the excavation of the situation in the Near East, which Tehran provoked. ''Naturally, there is a task to stop it, push Iraq away from Syria, leave without a chance of further expansion.'' Meanwhile, the expert doesn't exclude that there can be return actions of the Iranian side taking such an agenda into account. At the same time, he supposes the escalation was likely to be inevitable including without the USA's exit from the deal, as ''Iran didn't fix borders of its expansion, and nobody can exclude that in case of final suppression of the opposition in Syria, Tehran wouldn't announce some operation on Shia rebellion to Saudi Arabia or a ''limited war'' with Israel, etc.''

''European countries are likely to have to join the sanctions anyway. In addition, not some conclusions about the violation of the nuclear programme by Iran can be laid in the foundation. The attention will be paid to the support of terrorist organisations by Tehran and their participation in the war in Syria. It's also important to consider that the USA can persuade Japan and South Korea, which purchase quite big volumes of Iranian oil, to join the sanctions. Here the attention can be paid to that DPRK helps Iran in its military missile and nuclear developments while it receives necessary means to develop its own nuclear programme from Iran instead,'' concluded Kirill Semyonov. Tehran started to develop the nuclear programme under Shah Mohammad Reza Pahlavi (1941-1979) with the support of America within the cooperation in peaceful nucleus use. Photo: Ahmad Halabisaz (ua.news)

From nuclear deal history with Iran

We need to remind that Tehran started to develop the nuclear programme under Shah Mohammad Reza Pahlavi (1941-1979) with the support of America within the cooperation in peaceful use of the atom. Iran became an IAEA member in 1958, it signed the Treaty on the Non-Proliferation of Nuclear Weapons 10 years alter (ratified in 1970). Foreign specialists were building the first energy units in the country, but the Islamic revolution impeded the plans for the development of the programme. In answer to the conquest of its embassy, America imposed the first sanctions against Iran: it stopped purchasing oil, froze Iranian deposits in its banks, forbade the sale of components for military armament to Iran.

The export of American commodities to Iran, including food and medications, were prohibited in 1980. The regime of sanctions was repeatedly corrected in the following years: a part of the restrictions was lifted, the other one was tightened, etc.

In 2003, Iran signed an additional protocol to the Treaty on the Non-Proliferation of Nuclear Weapons but it didn't ratify it. In 2005, it announced its right to create the full nuclear cycle. The UN Security Council demanded countries to stop enriching and processing uranium, four resolutions presupposed strict sanctions against Iran. The first success in negotiations was reached in 2013 – the Iranian side promised to stop uranium enrichment above 5%, eliminate all reserves of enriched uranium to 20% and stop the construction of new uranium enrichment centres. In answer, the sanctions that impeded the development of the Iranian economy were weakened.

When Donald Trump substituted Barack Obama as US president, the position of America in the nuclear deal with Iran changed. The new leader of the States promised to achieve a revision of the document, called the deal harmful and accused the Iranians of violating the agreements many times. In April 2017, the USA announced a complete reconsideration of the politics of the country towards Iran. In January 2018, Trump warned about the readiness to leave the deal if changes elaborated during negotiations with European countries were made in it. Meanwhile, the European Union noticed the agreement with Iran was on and gave results, which was confirmed by the IAEA many times. This is why the EU is not going to change the position about the deal with Iran. Russia and China will also impede the disruption of the JCPOA.