Main Wehrmacht's tank became bogged down near Kazan, and Tiger I and Panther tanks were repaired at Kazan plant

Due to the revelations of the Perestroika period, the story that in 1929-1933 in Kazan there was a tank centre ''Kama'' where officers of the Reichswehr, as the German armed forces were called that time, were trained is widely known. In 1932, even German tank genius Heinz Guderian visited Kazan as part of the inspection commission. From this fact, they often made loud conclusions that ''the Nazi sword was forged in the USSR''. In fact, after the Nazis came to power, joint projects were folded, and the material resources left by the Germans helped to create the Kazan tank school.

The other fact is much less often mentioned. During the initial period of the war, Kazan was the main platform for work with foreign military equipment. Here the Soviet tankmen were taught to fight on tanks that were supplied by the allies of the anti-Hitler coalition, and here they conducted tests of captured German tanks. Military equipment historian and consultant to World of Tanks Yury Pasholok drew attention to this story and answered to the questions of Realnoe Vremya.

Why Kazan was chosen as a test site for ally's and captured materiel?

In Kazan by that time there had already been one of the largest tank schools in the country. Besides, in the autumn of 1941 it was in Kazan where the training centre of tankers on foreign technology was organized. First of all, it was British Valentine and Matilda. Also, in Kazan there was organized a maintenance plant, which later became the main repair plant of captured armoured vehicles, including Tigers I and Panthers. 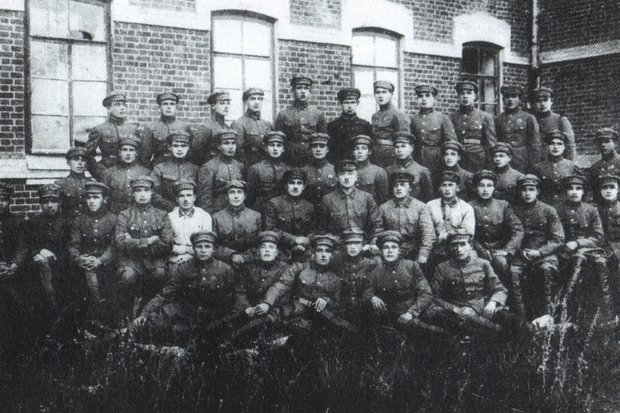 In Kazan by that time there had already been one of the largest tank schools in the country. Photo: kvtkku.mil.ru

In short, Kazan had all the conditions for the organization of the work of NIBT Polygon, which was evacuated from the town of Kubinka, Moscow Oblast, during the German offensive (38th military Scientific-Research and testing Institute (NIII BTVT) decorated by the October Revolution Order, the Red Banner Order and named after the Armored Forces Marshal Fedorenko — editor's note).

Actually, the specialists of the Polygon supervised the tests of captured vehicles in Kazan. In 1943, it was transferred back to Kubinka.

Were there many repaired German Tigers and Panthers?

I have no statistics, but just from Kazan in the spring of 1944 to the 1st Ukrainian front there arrived Tigers and Panthers.

Did they work with foreign vehicles in other cities of the USSR?

If to speak about tests of foreign vehicles in general, they were also tested on Gorokhovetsky ANIOP (Gorokhovetsky artillery scientifically test practice ground – editor's note). But here we should immediately clarify that it was artillery range with its own specificity. 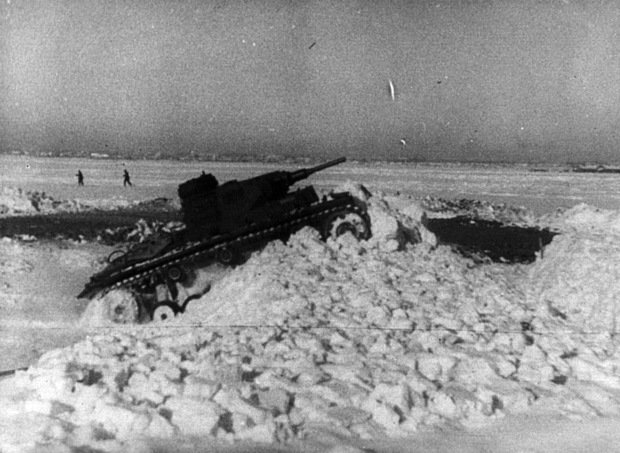 The main objective was to obtain results on passing ability in winter conditions. Photo: warspot.ru

How did they start working with foreign vehicles in Kazan?

They started with training crews for English tanks. In the autumn of 1941, the priority was given to training at English infantry tanks Valentine and Matilda. There it should be said that in the inventory our army had about thousands of Matildas and more than 3,000 Valentines. Moreover, they were used as much as before 1945.

By mid-November, 120 crews had been trained, which received driving and operating instructions. But already by the spring of 1942, the city of Gorky became the centre of training of crews on foreign vehicles because here there was organized the acceptance of the supplied vehicles.

With what German tanks did they work? What tasks were solved during the tests?

Testings began in early 1942, when they renovated a few German tanks, and also English tanks Valentine II and Matilda III arrived. In addition, they tested American M3 Light and M3 Medium, Canadian Valentine VII. From trophies, they tested Pz.Kpw.38 (t) and Pz.Kpfw.III Ausf.H, which was one of the main German tanks of 1941.

The main objective was to obtain results on passing ability in winter conditions, as well as checking what engineering structures can best resist German tanks. The testers were looking for the most stable version of anti-tank hedgehog. 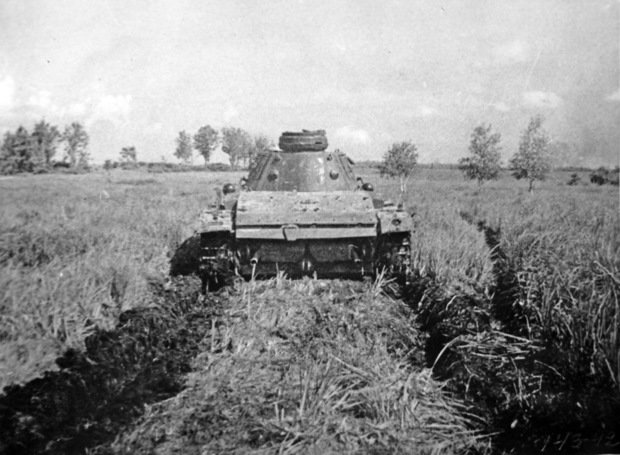 Strange as it may sound, but perhaps the worst performance was of the main German tank Pz.Kpfw.III. Photo: warspot.ru

During the summer of 1942, they conducted joint cross-country tests. The tanks trailed through swamps, crossed ford, went through the slopes. Strange as it may sound, but perhaps the worst performance was of the main German tank Pz.Kpfw.III. It was the fastest to get stuck in swampy ground and the first become ''drowned'' at the tests to overcome ford.

What practical significance did all these measures have for the acting army and the Soviet defence industry?

The Kazan tank school was the first to prepare crews for foreign tanks. These crews were the first to go into battle. It happened in December 1941. They copied the sight from the captured samples of 1941 in 1943. It is the telescopic sight TSH, which had German roots.