New metro station in Kazan expected to open by 2018 WC

''I am sure that the undergroud station Dubravnaya will be commissioned by 2018 World Cup,'' director general of Metroelektrotrans Asfan Galyavov called the new commissioning date after long persuasion. ''I am not a customer or general contractor, I cannot bang my fist on the table,'' he said during a press tour around the Kazan undergroud. Perhaps, a reason for the delay is that in the new vestibule there still has not been mounted the electronic system of face recognition: Dubravnaya is going to be the first station that will be connected to the server of the interior ministry and the FSB.

Сhecking in undergroud is stricter than in stadium

The leadership of the Kazan metro arranged a press tour for journalists on April 26 to demonstrate readiness for the influx of football fans, for whom they came up with such strict system of control of entry that even football stadiums do not have. Director General of the municipal unitary enterprise Metroelektrotrans Asfan Galyavov said that the Kazan metro was one of the first to hold categorization of objects and vulnerability assessment of the metro (that is, the metro belongs to the first category of transport security) in the framework of the Federal law ''On transport security''.

According to him, all ten operating stations of the underground are equipped with special equipment recommended by the center of special equipment of the FSB of Russia: the complex of radiation control, suppression system for radio-controlled explosive devices, explosion-proof containers, equipment for inspection of passengers and luggage and arched metal detectors. Monitoring of movement of people in the undergroud will be carried out from the situation centre, where it will be transmitted all the information from CCTV cameras. In addition, the interior ministry intends to put the police at every entrance and exit, and the staff of the security service will be increased from 120 to 200 people. ''By the World Cup it will be reinforced,'' said Galyavov. ''The police officers and we will work in reinforced composition. How much it will be from the police – I do not know, but [they] will definitely be reinforced. They have been discussing it for a long time, every entrance and exit will be guarded.'' It is expected that the metro will operate in usual mode — that is, until 12:00 AM. ''But if there is a need, by the order of the mayor the time of work will be extended. Let's see. The interval of movement of trains will remain the same — 5 minutes 31 seconds,'' said the director of Metroelectrotrans.

Cash desks for the sale of tokens will be opened on the days of the matches, although passengers are expected to pay for the passage mainly through electronic machines. All metro stations have been equipped with them this year.

Dubravnaya under pressure of security forces

Asfan Galyavov was clearly in high spirits because, as he said himself, ''everything has been arranged as it must be''. The only problem was that a completely new security system with face detection technology has not been installed yet. Metroelektrotrans started to test it already this February. Smart cameras of this system have four functions — recognition, identification, monitoring and surveillance. Dubravnaya must become the first where it is going to appear.

''I hope that in the future it also will be on the remaining ten stations,'' Galyavov told the reporters. ''Additional costs are estimated at 11-14 million rubles.''

However, the management of Metroelektrotrans cannot file an application for certification of recognition systems in the interior ministry and the FSB until the contractors mount them in the lobby. Galyavov's colleagues added that the pilot systems already operate in some metro stations of Moscow and St. Petersburg, but Dubravnaya will be equipped with more sophisticated cameras. Postponement until the World Cup

''I'm sure that the underground station Dubravnaya will be commissioned by the World Cup, and then facial recognition may also start work,'' Asfan Galyavov called after a long persuasion the new estimated date of commissioning of the underground station. ''But I don't really know how it will really turn out. I am neither a customer nor general contractor — I cannot bang my fist on the table.'' Let us remind that the first match of the World Cup will be held in Kazan on June 16.

At the same time, Galyavov keeps his hopes on that the opening of the station can take place on May 8 as for that ''contractors have every opportunity''." But on the other hand, he noted, these terms can be moved. ''Due to bad weather conditions, the contractors do not have time to finish the improvement of the entrance zone. It is 40,000 square metres. It is better to do all these works at once, than to finish them later. You yourself will then complain,'' said Galyavov. In short, the opening date again remains in question.

With the opening of the 11th station of the Kazan metro, the passenger flow will increase slightly — only by about 5,000-6,000 people, predicts Galyavov. According to him, now the underground is loaded approximately at 60% — with a capacity of 11 stations of 220,000 people a day, it is used by from 93,000 to 115,000 people. And the metro itself remains unprofitable. ''If next to Dubravnaya there was the stadium Kazan Arena, the flow would be more,'' they believe in Metroelektrotrans. 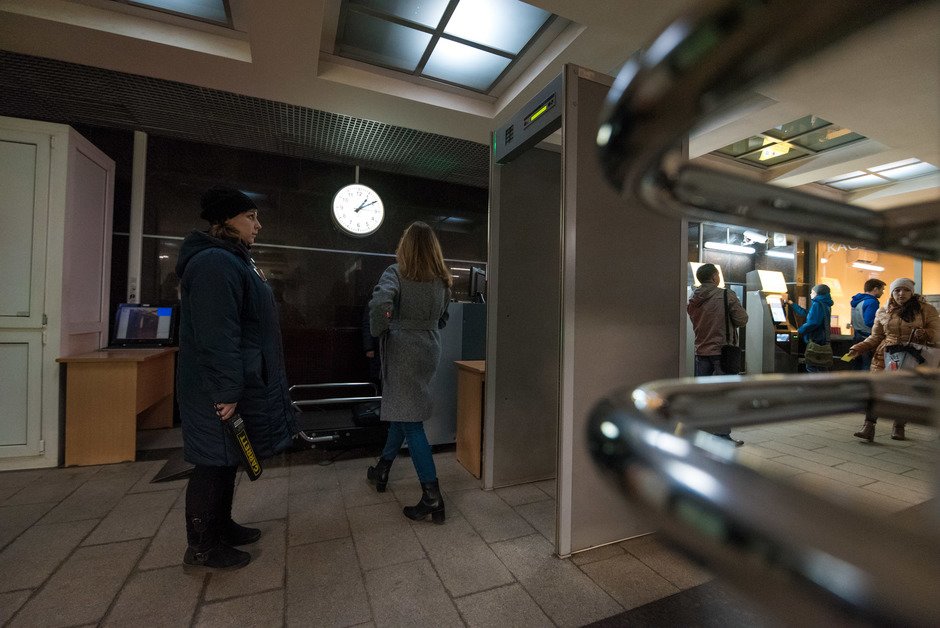