Tele2 states the future lies with 5G network, but nobody still knows in what form

To tell about the development of the 4G network in Tele2, the company gathered journalists from all Russia and brought to Siberia. There, in the mountains of Sheregesh settlement in Kemerovo Oblast, deputy technical director Aleksey Telkov shared the operator's results and opened the door to the 5G world with the media representatives, while his colleagues told about the company's results in regions and plans for future. Realnoe Vremya tells the details.

The 4G network became the main topic of the trip to Kuzbass. Tele2 launched it almost across all Russia, including Siberia. In 2017, the network's towers began to work in 25 regions, the coverage increased in 13. So now LTE is available for 84 million of users in 56 regions of Russia. In Tatarstan, last year, the operator launched the 4G network, 70% of users of the region and 99% of citizens of Kazan can use it.

In Volga Federal District in 2017, in general, the number of Tele2's basic LTE stations rose five times. Apart from Tatarstan, Kirov Oblast and Udmurtia had 4G. Nizhny Novgorod, Ulyanovsk Oblasts and Chuvashia got stations additionally to existing ones. In Nizhny Novgorod, their number tripled, in Ulyanovsk – rose by 79%, in Chuvashia – it doubled. 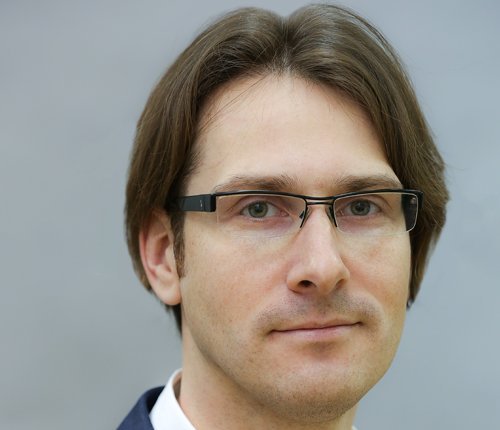 ''We launched the 4G network where people could use it. If in the region the share of phones with LTE support is just 1%, and we see all devices our users have, we don't see any sense in launching the network that the majority of users can't use. And, on the contrary, we make a decision to contruct in the place in which our service is in demand,'' deputy technical director Aleksey Telkov explains the choice of regions to develop 4G.

Though today the top 4 operators focus on the development of the 4G network, the third generation network is still popular in small settlements – the majority of users' gadgets support it. Tele2 reports it increased basic 3G stations by 10% in Tatarstan in 2017. Particularly, now the third generation network is available in 22 small settlements – Alekseyevsk, Atninsky, Arsky, Vysokogorsky, Laishevo, Kaybitsky, Verkhneuslonsky and Zelenodolsk Districts. With the implementation of 3G and 4G networks, the company fixes expected dynamics – the number of devices supporting 2G fell from 20% to 18% from early to late 2017 respectively among the operator's users in the republic and Volga macroregion (Nizhny Novgorod Oblast, Tatarstan, Udmurtia, Kirov, Samara and Ulyanovsk Oblasts, Chuvashia and Mari El).

The penetration of 3G/4G devices of Tele2 in Tatarstan, on the contrary, rose to 71% last year, while the share of active Internet users amounted to 48,5%. Only the number of users who have gadgets supporting 4G increased 2,3 times in Tatarstan and 2,4 times in Volga Federal District during this period. This all led to a growth of the Internet traffic, which rose by 63% per one user in the republic. As for the general traffic, the growth is 2,3 times. Meanwhile, as strange as it might sound, users didn't refuse calls. For instance, in Tatarstan, the voice traffic increased by 11% in 2017 in comparison with 2016, what the company explains by the popularity of package offers and unlimited calls inside the network. This year, Tele2 plans to increase the number of basic 4G stations by 40%, compared to the last year, by May. Residents of small settlements won't be forgotten, 81 of them are to have the 3G network, according to the plan. In addition, the coverage will increase along the main highways.

''In this case, technologies go ahead of the market''

5G started to be discussed a lot now. It is also tested by Russian operators. Aleksey Telkov says that Tele2 is not going to stay on the sidelines of the technological progress.

''All operators in Russia say that the future lies with 5G – the world moves in this direction. We test with all producers, including those whom we don't work with. We a signed an agreement to develop 5G with Nokia as early as 2016 and already showed journalists how it worked,'' tells the speaker.

At the same time, he notices the company is going to participate in the race for 5G in 2019, though its implementation in the country isn't expected in the short run. Aleksey Telkov called the construction of basic stations distributing the mobile Internet to residential houses as the most realistic scenario of 5G use in Russia. Photo: Maksim Platonov

''We should understand Russia won't have 5G in the next few years. Competitions for 5G frequencies will kick off next year, in which we will certainly take part. But we need to understand the most important thing – not users but a kettle, car, fridge, computer, house needs 5G – whatever needs it except a user. Nobody has invented what users will be able to get by using 5G now, probably besides virtual reality. Now everything is developed, and we stay tuned for it. We will have 5G as soon as users who will need it appear,'' the deputy technical director is convinced.

Now, according to his words, the operator is testing equipment for 5G and thinking of pilot zones to implement the fifth generation network. The company promises to tell about it separately before the project's launch. Nevertheless, if the race for 5G has begun among operators, the real application of the network is still discussed not only in the Russian but also in the international market.

''There has recently been a congress in Barcelona where showing new equipment, everybody talked about two advantages – high speed and low network latency. However, nobody can't call specific offers that will use this high speed and low latency. In this case, technologies go ahead of the market,'' the speaker notices.

Aleksey Telkov called the construction of basic stations distributing the mobile Internet to residential houses as the most realistic scenario of 5G use in Russia with the proviso that it was just his personal opinion.