It became known on the first day of winter what teams would play at the Football World Cup after the draw, and the city administration has already agreed on the reduction of ¼ of places for summer trading for the sake of safety in the big sports event. On 4 December, Deputy Head of the Executive Committee Ildar Shakirov told about the results of the year that he mainly got as a legacy from former Deputy Head of the Executive Committee Ivan Kuznetsov and shared grandiose plans for 2018. Realnoe Vremya tells the details.

Tenders for the right to sell in parks and squares of Kazan have taken place in Kazan for the first time. Entrepreneurs spent over 6 million rubles. In this respect, the Gorky Park has been the most popular public space.

Ildar Shakirov vigorously reported that this time auctions were more dynamic and the number of participants grew due to active cooperation of the authorities with entrepreneurs. The Consumption Market Committee together with the administration of districts changed the pattern of location of seasonal shopping facilities. In particular, the number of categories was raised from 11 to 23 at the request of business. Mobile trading, souvenirs, sale of flowers and so on have appeared among new categories. This year 639 seats that were sold at 64 open auctions have been included in the pattern of facilities of seasonal trading this year. Photo: Maksim Platonov

It's logical that points in the city centre that one had to fight for were the finest piece for the entrepreneurs.

''Auctions for one of the points that sell ice cream on Baumana Street grew from 22,000 rubles to 1,3 million rubles. A point selling ice cream and soft drinks near the Galiaskar Kama Theatre with a starting price of 17,500 rubles was sold for 800,000 rubles,'' Shakirov gave examples.

A seat next to Kazan Family Centre was costly for business. The auctions for photo services with starting 20,000 rubles ended with 516,000 rubles.

Withdrawal due to selling on dirty containers

According to Shakirov, this year they considered results of last year's total inventory of seasonal shopping facilities and included spontaneously appearing shopping venues to the allocation pattern. However, the summer trading market continues actively opposing the attempts of the authorities to clean and legalise it, while the locals go on complaining. Field inspections found out that some illegal trading facilities weren't presentable before the auction, while their owners did not meet the agreement's terms, for instance, they occupied big areas crossing the limits mentioned in the agreement.

''Trays and dirty containers that were put on each other stood instead of shopping counters, just a table at best and sale of products right on the asphalt or from broken GAZelle cars at worst were instead of a sale point in accordance with standard projects,'' the deputy head of the Executive Committee complained. 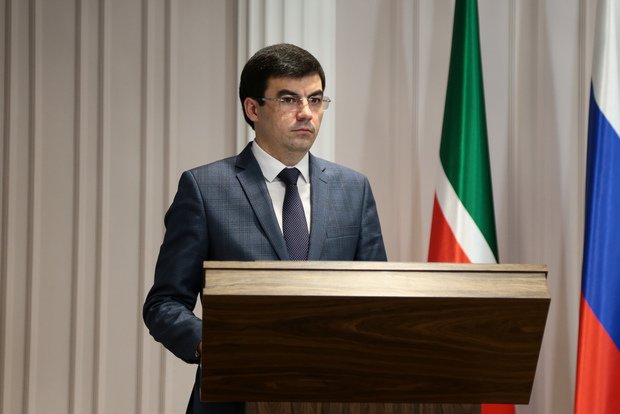 ''Thanks to the withdrawal of goods, sellers and owners of products understood that they could lose not only money like fines but very products due to illegal sale, even just for examination of the administrative material,'' Shakirov told. Photo: kzn.ru

To get rid of illegal trade, this year the Executive Committee had two campaigns at once when a special mobile group was created. However, they didn't limit to fines of 1-3000 rubles that not always help entrepreneurs embark on the path of righteousness and started to use more effective measures – to withdraw goods of people who breach the law. The committee had to turn to this measure 1,200 times in total.

''Thanks to the withdrawal of goods, sellers and owners of products understood that they could lose not only money like fines but very products due to illegal sale, even just for examination of the administrative material,'' Shakirov told.

The quantity of protocols on breaches has grown to 5,500 due to raids on sellers for 10 months, and the overall sum of fines has exceeded 10 million rubles.

The next summer when Russian cities will host the Football WC will be especial for Kazan in all senses. By this time, the capital of the republic's task is to demonstrate all spheres of municipal engineering from the best side. Seasonal summer trading will be also affected by the championship because the number of places for it will be reduced by about ¼.

''Street trading will considerably reduce on key hospitality routes and even disappear somewhere – first of all, it's linked with safety requirements,'' Shakirov told. The space near the Cup where the fan zone will be located will be one of such 'clear' places during the WC. Photo: Oleg Tikhonov

It's already known that the space near the Cup where the fan zone will be located will be one of such 'clear' places during the WC. The entrepreneurs were given such 'good news' as early as October at a meeting where conclusions to the season were drawn. According to the functionary, the scheme for 2018 has been almost edited and auctions will kick off in January.

After the report, the municipal authorities reminded about the key target of work with shopping facilities – the money the budget got plays not the least but not the biggest role because the task of eliminating Kazan from dirt, anti-sanitary, sale of expired products and facts of sale 'on the grass and newspapers' is a priority. In this respect, Ildar Shakirov was vaguely reminded about mistakes of previous years when Ivan Kuznetsov was responsible to control trade and made a hint that they waited for the new deputy head of the Executive Committee to have greater achievements.