Five versions of the abduction of Suleyman Zaripov in Buinsk. What is it: the Syrian colleague, monetary come-on or temporary respite?

On 11 February, there was a sweeping of the location with the participation of volunteers that began at 9 a.m. The ex-deputy mufti of Tatarstan Suleyman Zaripov and his foreign fellow-traveller have being wanted for three days in Buinsk District. Realnoe Vremya newspaper tried to identify the latter. It was curious that he visited Russia for the first time in 1991 and represented Dar al Ber Society.

Charity from the Persian Gulf

The information about the ex-deputy mufti of Tatarstan and his fellow-traveller from Near East is very scarce and is literally gleaned. Here some versions of the fate of the disappeared people against of this background.

One of the possible key clues in this case (including a great secrecy and involvement of intelligence services in the search) is hidden in the identity of the guest from the United Arab Emirates who was born in Syria Khoudja Abde Najim Eldin. As Realnoe Vremya found out this person was well known in the community of the Russian Muslim spirituality because he was a representative of the charity foundation Dar al Ber Society (the UAE). 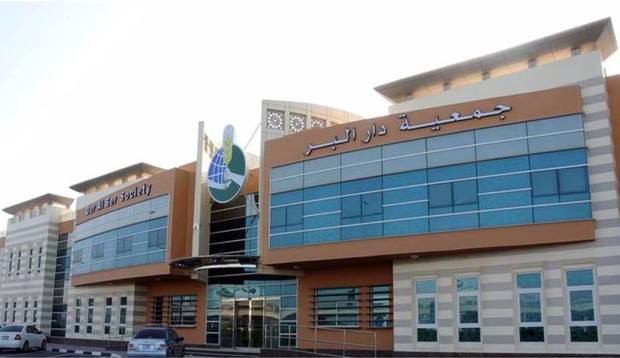 
The headquarters of the foundation is located in Dubai. It accumulates funds of obligatory alms – zakat. The foundation was founded by the Ministry of Labour of the UAE and is represented in 42 countries. It helps poor people, widows, students, orphans, disabled people, children's home, finances works on reconstruction of wells, favours the strengthening of good attitude to Islam, strengthens the Muslim fraternity and builds mosques.

It was noticed in a scandal in Azerbaijan. According to local media, at the end of the year, the head of the Azerbaijani representative of the international organization was wanted by Interpol. A 45-year-old Rashad Akhundov, in particular, is blamed for a large-scale tax dodge. He left the country, so that the siloviks of Azerbaijan put him on the international wanted list and asked Interpol for assistance. In Azerbaijani mass media it was told many times that Akhundov had close relationships with members of a Wahhabi sect. In 2014, Akhundov was arrested as a result of an operation carried out by the Ministry of National Security of Azerbaijan and the Ministry of Taxes, but he was freed one day later.

Sheikh of all Siberia

Mr. Najim (in Russia, he is known as Sheikh Nadzhmeddin) has supervised the financing of the construction of mosques in Russia since the beginning of the 90s. He built 26 mosques in Tyumen Oblast only. Mosques were built in Tatarstan, Kurgan and Sverdlovsk Oblasts too. 
The deputy mufti of Mordovia Hazrat Abdulmalik Asainov stated to our colleagues from Azatlyk radio that Suleymanov and his companion had visited Saransk. 'He came here with a person from the UAE whose name is Najim. He often visits Tatarstan and Moscow. He is a benefactor who helped to build several mosques, including in Mordovia. He was a good person.'

According to Galimzyan Bikmullin, the chairman of the Muslim Spiritual Directorate of Tyumen Oblast, Nadzhmeddin was born in Syria, lived in Turkey and then moved to the UAE. There he did his military service and married to an Arab woman. He has three children. He visited Russia for the first time in 1991 and represented Dar al Ber Society.

Not the first visit to Mordovia

Hazrat Abdulmalik Asainov told Azatlyk radio about the visit paid by Suleymanov and his fellow-traveller:

'He came here with a person from the United Arab Emirates' whose name was Najim. They visited the mosque first, then went to the café and after that went to the banya. Then we accompanied them to their hotel. On Saturday morning, I came to know how they were. Hazrat Suleyman said that he needed to be in Kazan at 14.00 because he was invited to a majlis (a meeting where people read the Koran). They planned to depart at 8 a.m., but stayed longer and left Saransk at 10 a.m. Then we talked on the phone, and they were fine. The last call was made when they reached Ulyanovsk Oblast.'

In brief, there is nothing to do but wait for results and sum up all versions of the disappearance of Suleyman Zaripov. 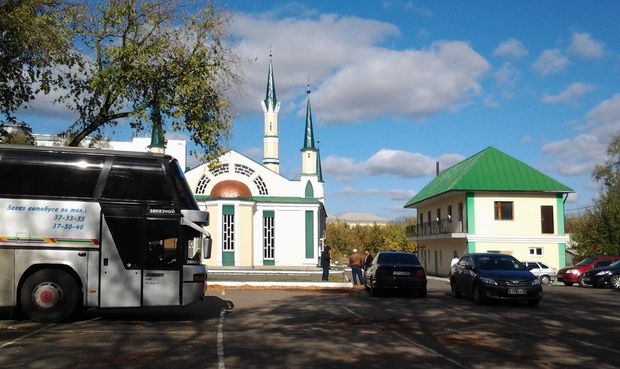 Suleyman and his fellow-traveller had visited Saransk. Photo: islam-rm.com

It is possible that the disappearance of Suleyman Zaripov and his companion was connected with the professional activity of the first one: before becoming an ordinary imam in Petrovsky Mosque and the second imam of Nurulla Mosque, Hazrat Suleyman had quite serious posts.

As Realnoe Vremya had informed, Zaripov was supposed to be a supervisor of the religious leadership of the republic on cooperation with the Saudi Arabia and Arab countries of Near East.

A high status in Muslim spirituality can pose a serious threat, and it was confirmed by severe terrorist attacks in 2012, when Valiulla Yakupov died and the head of the Muslim Spiritual Directorate of Tatarstan Ildus Faizov's car was exploded.

'No, I don't think that it was an attempt because of his professional activity. Hazrat Suleyman is very intelligent and tactful. I can't imagine it. Yes, he held posts in spirituality but it does not presuppose risks. I did not hear him to tell about any tension,' told Khasanov.

In turn, Suleyman Zaripov's daughter Nuriya also hastened to exclude this version when she talked to a correspondent of Realnoe Vremya. Zaripov worked as deputy head of the Muslim Spirituality Directorate of Tatarstan. Address on a congress of the Directorate, 2011. Photo: umma72.ru

This variant of the scenario appears as rumour in sources close to the Directorate of the republic. The gist of the version is that the Federal Security Service has issues with the fellow-traveller of Hazrat Suleyman Khouja Abde Najim Eldin and the lost people are detained by the intelligence services.

As the imam's daughter Nuriya tells, it is possible. At the same time, she states that the citizen of the Arab Emirates was a frequent visitor to Tatarstan and he was well known by representatives of all governmental bodies. It is interesting that the phones of both men were turned off simultaneously.

Nevertheless, the identity of Khoudja Abde Najim generates a pile of questions. According to some data, Abde Najim who always told his companions to be a citizen of Arab Emirates but, in fact, had a Syrian passport. Police check his implication to the abduction.

However, the son of the imam Karim Zaripov and the son-in-law Gumar Ganiev don't agree with this version. In his video address placed recently on Vk.com Karim states that, 'I want to express my gratitude for your help in the search for my father. Many people read the news and think that my father has been found and detained somewhere. It is a lie and rubbish!'.

As Gumar notes, on 10 February, the representatives of force structures told him that this version was not to be considered. A correspondent of Realnoe Vremya received the same information from the chief assistant of the head of the Investigative Administration of the Investigative Committee of Russia in Tatarstan in Buinsk District.

The investigative committee considers the probability that Suleyman Zaripov could be kidnapped for a ransom. It is obvious that such operation needs elaborate preparations and awareness of the activities of lost men. Taking into account that the investigation committee still has not told about a single lead, as the car inspection didn't give any result, and the car itself was parked 'successfully' where there is no any surveillance camera. Perhaps, criminals managed to cover all the bases.

It is also possible that the travellers could have large amounts of money, which can be a lure for kidnappers. By the way, in conversation with the imam of a mosque in Stary Studenets Hazrat Linur the correspondent of Realnoe Vremya has found out that the fellow traveller of Zaripov is a philanthropist – he builds mosques on his own money. Perhaps, this money was the aim of criminals.

But, there was no reason to kidnap the imam himself, according to his daughter Nuriya.

One of the most unbelievable versions is a frame-up. It appeared among journalists, when some of our colleagues thought that there is a lack of 'persuasiveness' of the relatives' arguments. They said that, on the one hand, there is a massive distribution of alarm messages in social networks, on the other hand, in personal meetings the relatives don't express strong concerns and feelings.

On this account, those who are observing the tragedy from the outside have several versions: either the family of Hazrat Suleyman just hasn't got used to putting their feelings on display, or family knows he's all right. There is a massive distribution of alarm messages in social networks. Photo: vk.com

People say that the imam could need a frame-up to hide from the problems for a little bit. The daughter of Hazrat Suleyman told: 'No, rubbish. It couldn't be. He is a family person, he couldn't disappear on his own desire.'

If to exclude all the versions that assume a certain background to the incident, there is the last version — domestic violence. There could be a conflict or an attack on the street. Again, attackers could be attracted by a large sum of money, presence of which was not officially confirmed nor denied.

However, this scenario raises a lot of doubts: if kidnappers attacked the imam and his companion on the road but not in Studenets or Buinsk, it is likely that the inspection of the car was to show that in the car, in addition to the travellers, there would had been strangers.

Also, according to Zaripov's son-in-law, in the place where Toyota of the imam was parked, there were no signs of a struggle, and the seller of shop Bik-Bai, parking space of which took the car of the imam, said that he had not heard anything suspicious.

Realnoe Vremya continues to follow the search of the missing imam.