The Russian government suddenly changed its mind on digital currencies. Only a year ago cryptocurrencies were about to be totally prohibited, but now officials state that they are ready to legalise their use. An intention to study and probably to implement technological platforms that provide high processing speed, increased security and allow to identify users and transactions may be the authorities' main reason.

Russia's need to address serious problems in the banking sector and their impact on the economy is the main reason of the government's U-turn on the use of cryptocurrencies, according to Mauldin Economics. In April 2016, the Ministry of Finance and the Central Bank treated digital currencies as a threat to the country's financial system and proposed to prohibit their use. However, last week, the authorities confirmed that the legal framework for trading in bitcoin and other cryptocurrencies is under development.

Over the past few years, the Russian banking sector has been under the severe control of the Central Bank. A large number of banks was closed by the regulator due to poor asset quality, high risk, shadowy economic activity and fraudulent operations. Some of the banks that lost their licences used money laundering schemes to remove capital from the country. The campaign has not finished yet, it is supposed to last until 2019.

However, banks' closure is an expensive process. The Deposit Insurance Agency of Russia has spent about $50bn so far to compensate depositors for their losses. Besides, bank collapses cause liquidity shortages and fuel social instability. As Russian business culture is very personal, regional banks often have close connections with local businesses. Thus, their closure may have a serious impact on domestic business activity. Tatfondbank's recent case obviously illustrated these risks. 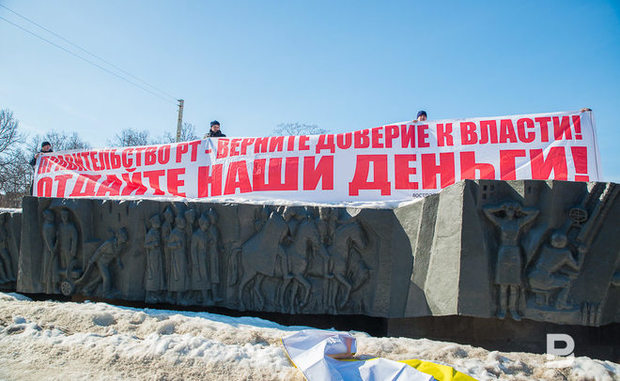 Russia's current banking system is opaque: people involved in the regional banking can hardly be identified by central authorities. The solution is to implement new technological applications making possible to identify people involved in the system in real time. Cryptocurrencies such as bitcoin are based on technological platforms that allow tracking user transactions. This is the main reason why the Russian government has changed its position on digital currencies, considers the media and assumes that the authorities may approve the cryptocurrencies' use to explore how these technologies may help the country's financial sector.

The most widespread cryptocurrency is bitcoin, which is based on blockchain technology. Besides the ability to track users and their transactions, blockchain platform has other features attractive to Russia's financial system, such as increased processing speed, lower costs due to less bureaucracy and increased security once central attack points are eliminated. As a result, implementation of a similar technology may decrease fraud and corruption and reduce governmental costs.